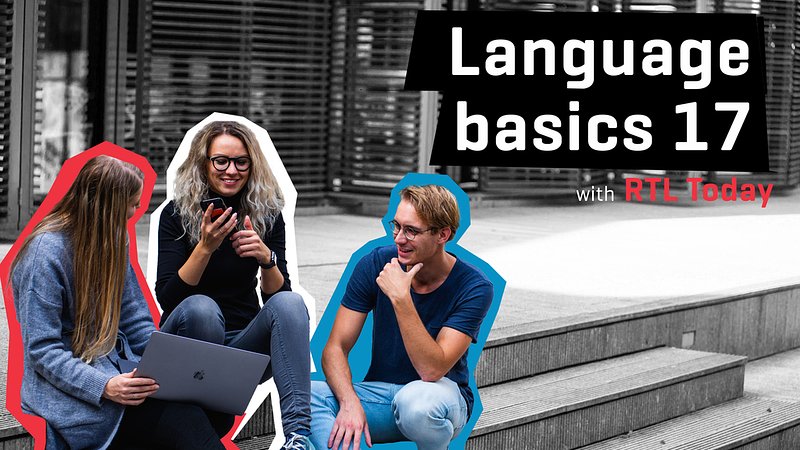 In this lesson, we will learn all there is to know about adjectives in Luxembourgish.

..the wonderful words that allow us to describe and attribute qualities to what would otherwise be bland and boring nouns.

Hello there and welcome back Language Basics! If you've been following these lessons regularly, and in particular the last few, you'll know by now how big of an impact such things as grammatical gender and cases have on how the Luxembourgish language is formed.

In the last couple of lessons, we took a closer look at pronouns and prepositions and with that knowledge in mind, we thought it might be a good time to revisit one of the "major" grammar topics: adjectives.

Adjectives are the spices of language. Without them, our sentences would be bland and reduced to purely conveying factual information. But thanks to the magic of adjectives, we can make someone beautiful, a problem truly frustrating, and a sunset oh so mesmerising.

In Luxembourgish, there are two types of adjectives. Let's take a look.

The predicate adjective is usually found to the right of the noun and remains invariable.

Contrary to predicate adjectives, attributive adjectives come before the noun. In English, this does not change that much:

This film is exciting -> The exciting film

However, in Luxembourgish there's a bit more going on. Let's take another look at our beautiful example from before:

Two things are affecting schéin in these sentences: One is the fact that, as attributive adjectives, they are affected by the grammatical gender of the noun and whether the noun is singular or plural. The second factor at play here is our infamous Eiffel Rule (of course – wouldn't be a Luxembourgish grammar lesson without it). Attributive adjectives are also affected by grammatical case. Here are our wonderful example sentences in the dative:

As you can see, grammatical case and gender both play an important role in Luxembourgish (and in many other languages that aren't English for that matter). It is completely normal that you will find this confusing, especially if English is your first language and Luxembourgish your first foreign language that you attempt to learn. We have said it many, many times before but it just bears repeating: Grammar is not something to be learned by heart. Read the theory, try to wrap your head around the basic ideas, and then move on with your life.

Language learning does not happen in grammar lessons or textbooks. It happens when you expose yourself to the language over, and over, and over again. Read a bit of Luxembourgish, even if you don't understand all of it. Listen to the news and, if you're particularly brave, go chat up a Luxembourger (preferably someone you know – we are a bit of an awkward bunch around strangers).