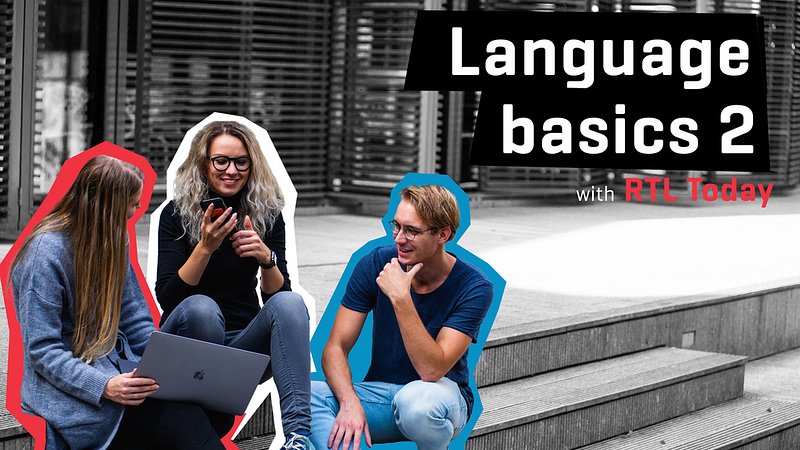 While English has the wonderfully genderless "the", Luxembourgish is a bit more complicated..

Luxembourgish is one of those languages that not only sorts people's first names into different grammatical genders, but a whole lot of other words too. In this lesson, we'll give you the deep dive on all you need to know about this topic.

Hello and welcome back to Language Basics! Once again, kudos to you for being interested in the nitty-gritty of the Luxembourgish language.

In Language Basics 1, we've already talked about counting to 100, the difference between d', de, and den as well as the infamous N-Regel. If you've read that lesson, you already know that when introducing yourself or someone else, the name is preceded by the definite article in Luxembourgish and that this definite article changes depending on the person's gender and the first letter of their name.

However, this does not only apply to people. Luxembourgish is one of many languages that has the concept of grammatical gender. Luxembourg's neighbours France and Germany have this too:

In French, there are two grammatical genders (masculine and feminine), each associated with the definite articles le (m) and la (f).

In German, there are three (masculine, feminine, and neuter) with their corresponding definite articles being der (m), die (f), and das (s).

Influenced by its Germanic roots, Luxembourgish also has three genders. They are the same as in German:

How do you know which nouns are masculine, feminine, and neuter? Unfortunately, there is not really a logical way to deduce it. If, by any chance, you can speak German, then this will be a lot easier for you, as the gender is generally the same between the two languages. If not, the only way to remember is to learn them by heart and get lots and lots of practice.

This topic of grammatical gender has another important aspect to it, however. Some might argue that for everyday communication, knowing whether a noun is masculine, feminine, or neuter is not that important. In some ways, this is of course true: Whether you say d'Blumm or de Blumm, a Luxembourgish speaker will get the main message. However, the fact that there is grammatical gender also means that numerous nouns describing people (e.g. their professions or a specific societal role they play) come in two forms: masculine and feminine. Let's look at some examples:

As you can see, there are three ways such a noun can take the feminine form. Either by taking the suffix -in or -esch (generally nouns that are of German origin or have been fully integrated into the Luxembourgish language), or the French female form -ière (for nouns of French origin).

To conclude, the main takeaway here is that you should be aware that grammatical gender exists in Luxembourgish. When it comes to articles and pronouns…etc it is not essential that you get it right every single time, but for nouns describing people, you may want to double-check that you're using the correct form.

Lesson 2 is all about weather, so here is your handy list of weather words!

the hailstone -> de Knëppelsteen (mostly used in the plural: d'Knëppelsteng)