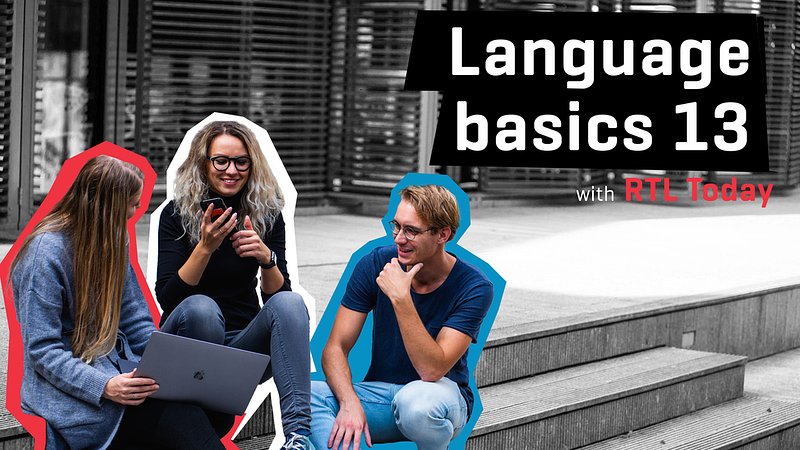 This lesson is better than the last, maybe the best so far, but not quite as good as the next one: You guessed it, it's all about the comparative today!

Welcome back to Language Basics!

Hopefully, you've enjoyed the main lesson already in which we learned how to say that we like something (or someone). Today's grammar lesson is once again somewhat connected to the theme of the main lesson. Our thinking was that if we have you running about the country telling people what you like, you might naturally want to add that you like something more than something else. To do this, you'll need to know how to form comparatives in Luxembourgish!

And while we're at it, we thought we'd also throw in structures to help you express equality, inferiority, and even superlatives. So, without further ado, let's dive in!

One way we can form a basic comparative is by using the adverb méi ("more"):

This works for quantities, but it also works for many adjectives (i.e. for comparing qualities):

As you can see, the way we do it shares a lot of similarities with English. However, as you may have noticed, Luxembourgish makes use of the méi structure a lot more than English. When in doubt, you should thus generally opt for méi in Luxembourgish. One noteable exception to this rule, however, is the adjective gutt ("good"):

But this dish is better -> Mee dëse Plat ass besser

Speaking of "better", this is also how we compare actions:

Some of you may be wondering what that floating s is about. It's not a typo, but in fact a so-called euphonious link that appears before the pronoun du / de. In Luxembourgish, this interspersed s is written as a separate element and not attached to the wéi or the du.

There is another way to say that someone is better at doing something than someone else, specifically by using the verb kënnen ("to can")

Remember that his ka is actually kann but we drop the final -nn because of the Eifel Rule!

To say that something is the same as something else, we use esou … wéi

We use the same construction for verbs too:

By simply adding a net to esou … wéi, we can easily express inferiority:

Let's come back to an example we saw earlier:

He is fast but she is faster -> Hien ass séier, mee hatt ass méi séier

But what if she's not only faster, but actually the fastest?

The second option is closer to what we're used to from English. We form it by combining our base adjective (in this case séier) with the suffix -sten. As always, the final n or even (in spoken Luxembourgish) the final -en are sometimes dropped depending on the following word (Eifel Rule!). Have a look at the following examples:

I was the fastest -> Ech war de séiersten / dat séiersten

He was the fastest -> Hie war de séiersten

She was the fastest -> Hatt war dat séiersten

We use this structure to form the vast majority of superlatives in Luxembourgish:

She is the funniest -> Hatt ass dat witzegsten (witzeg + -sten)

There are, of course, some exceptions, but not many: