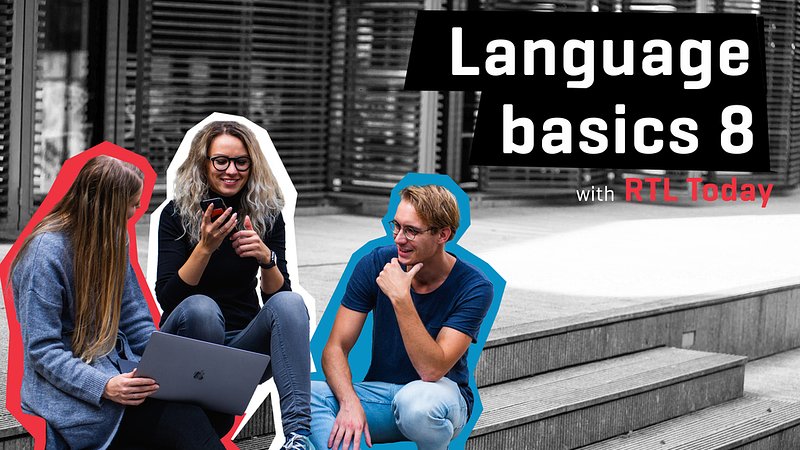 The verb "to be" is infamous among language learners for being one of the most important verbs to learn and Luxembourgish is no exception.

In our last grammar lesson, we learned about regular and irregular verbs. While you can certainly get by with not learning every single conjugation for every single verb, there are two that you should probably take a closer look at: "to be" and "to have".

Besides being among the most common verbs in a lot of languages, they are also so-called "auxiliary verbs", and in Luxembourgish they will mainly help you express the past tense – a subject for another lesson…

For now, let's focus on "to be" first. Both "to be" and "to have" are highly irregular verbs in Luxembourgish, similar to a lot of other languages. Since we've already covered the theory, we'll simply give you the most important conjugations of the verb, which we recommend you simply learn by heart – trust us on this one, doing this will be very helpful, considering how often you'll use these forms.

So, let's start off by  introducing you to the present simple form of "to be" or sinn:

So far, so confusing? Great, then let's add on to that confusion by throwing the past simple forms of sinn at you as well:

One quick note on the past tense in Luxembourgish, even though it is not the focus of this lesson: What you would call "past simple" in English is actually quite rare in Luxembourgish. Most commonly, a form of the perfect tense (auxiliary verb in the present + past participle of the verb) is used, while only a handful of verbs retain a simple past form. Sinn is one of those verbs, which is why it is worthwhile to study the above conjugations.