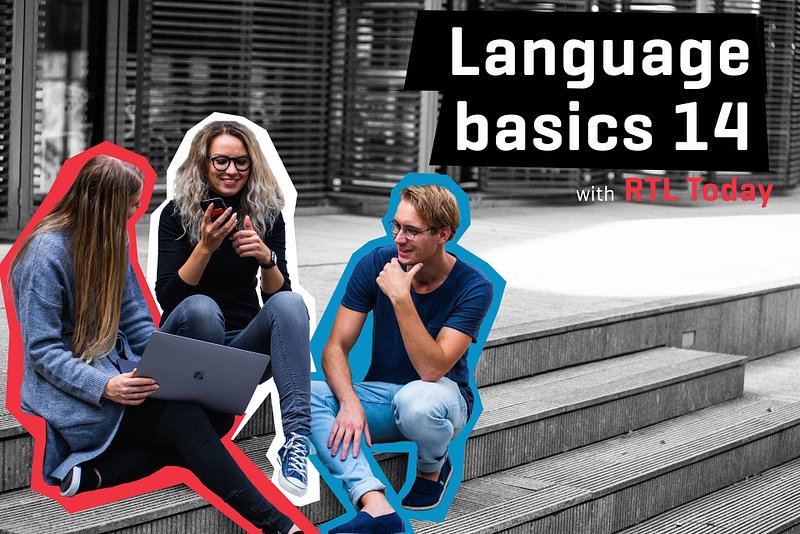 Who did this? Whom did we meet? And to whom did we give that gift again? Lots of questions and strange latin names: It's all about grammatical cases!

In this lesson we will tackle one of the most infamously boring grammar topics of all time: grammatical cases. Let's start things off with some good news: Contrary to some Slavic languages, which are notorious for overwhelming learners with their plethora of cases, Luxembourgish only has three: The nominative, the accusative, and the dative.

For some, these names will sound familiar and perhaps you even have a faint idea of what they mean. But even if you have never heard these terms before, don't worry. In this lesson, you will learn everything you need to know about them but even if you forget all of that immediately, it will not really hamper your progress when it comes to learning Luxembourgish.

We have said this before, but it is important to reiterate that grammar is nothing something to be learned by heart. Grammar describes patterns and structures that make up a language and that the learner will absorb naturally over time. That being said, it can still be useful to have that theoretical understanding of the language tucked away somewhere in your mind.

To understand why it might be useful to learn about cases, let's take a look at the following examples:

I gave Marc the book

So far, so mundane. Now let's look at the same sentences in Luxembourgish:

As we know, names are generally preceded by the definite article in Luxembourgish ("the Marc"). This is important because it allows us to see that something changes in the third example. The reason for this is the function of "Marc" in the different sentences.

Here, Marc or de Marc is in the accusative case. Marc is the direct object of a verb, specifically a transitive verb*. Whom did we see? We saw Marc.

Marc or dem Marc is in the dative case. This means that Marc is the indirect object of a verb, i.e., he is the recipient or beneficiary of an action. To whom did I give the book? I gave the book to Marc. However, you should also keep in mind that the dative is used after numerous prepositions, e.g., iwwer, ënner, aus, bei… ("over", "under", "from", "at/near")

The Nominative and Accusative Case

Now, as you may have noticed, the nominative and the accusative are identical in Luxembourgish. Just like in English, it does not really matter whether we saw Marc or whether Marc saw us, you will always say De Marc in Luxembourgish. That being said, this example actually highlights one notable exception to this: personal pronouns. Look again:

The pronoun changes because the function of the pronoun in the sentence is different. Here is an overview of the accusative forms of the different personal pronouns:

The dative case is a bit trickier in Luxembourgish. Not only does it come with a visible change, but that change also depends on the grammatical gender of the object. Below are some examples to illustrate this:

The shed is behind the house -> D'Gaardenhaischen ass hannert dem Haus

In conclusion: Luxembourg has three cases (nominative, accusative, dative), two of which (nominative and accusative) are identical except for personal pronouns. The dative case still has a unique form which changes according to the grammatical gender of the object.