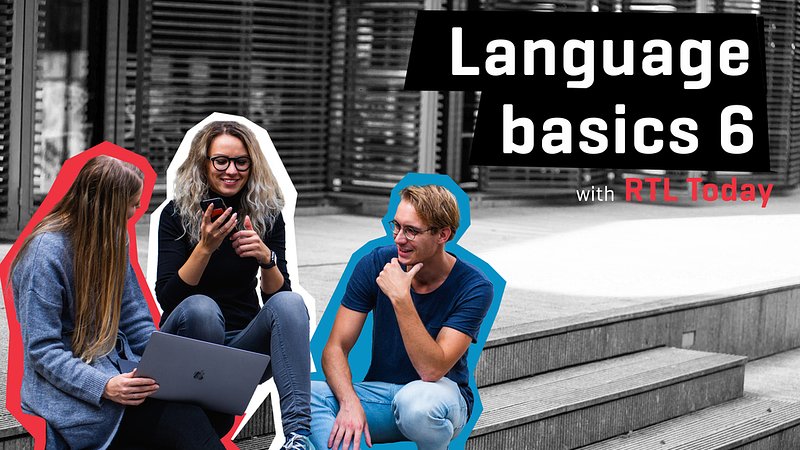 In some ways, English is an incredibly easy language. A perfect example of this is the way we address someone else.

Hi there and welcome back to Language Basics!

Today's topic is quite important when it comes to speaking Luxembourgish, especially if you're a native English speaker… in fact, here's already a perfect example as to why: In English, we can say "if you're a native English speaker" without it coming across as rude or direct. The reason for this is that English has no separate pronouns for addressing someone formally or informally – "you" is always correct, no matter the context.

Similar to a lot of non-English languages, Luxembourgish on the other hand uses different pronouns and verb forms depending on who you're speaking to.

When talking to a friend, relative, or anyone you might want to address informally, you would use du.

When talking to a stranger, a public official, your superior at work, or anyone you might want to address formally, you would use Dir (in writing, Dir is always written with an uppercase letter to differentiate it from the second person plural, which is also dir)

Good to know: The act of addressing someone informally in Luxembourgish is called duzen while addressing someone formally is referred to as dierzen, i.e. Mir duzen eis means something like "We refer to each other in an informal way". After a while, a Luxembourger might tell you something like Komm mir duzen eis ("Let's speak to each other informally") or Du kanns mech rouheg duzen ("Feel free to talk informally to me").

As with the pronouns, we use the conjugation for the second person plural when talking to someone in a formal way.

While it may seem tedious to nearly always have to remember two verb forms for questions, it is quite important to get the difference right. While accidently talking to your Luxembourgish friend in a formal way might at worst just be a bit awkward, a police officer might not be so amused if you seemingly defy their authority by using du instead of Dir – although they will probably be able to tell that Luxembourgish is not your first language and glance over it (hopefully…).

As always, before we're done for the day, we'll leave you with a vocabulary list for the main lesson.

For other goods commonly sold at supermarkets, be sure to check LOD.lu to easily look them up.