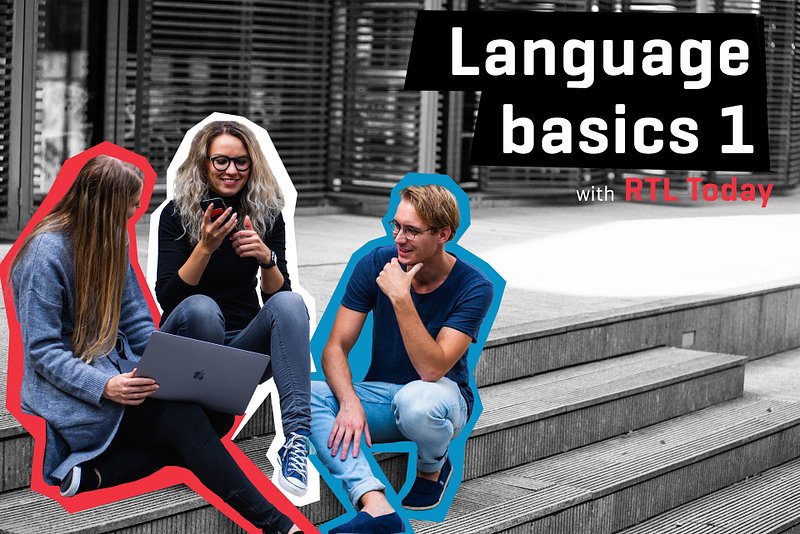 There are a few things you need to know before we start with the lessons proper, and you can learn all of that right here.

Why hello there! Look at you, actually reading the grammar stuff and not just the main lesson. Go ahead and give yourself a solid high-five!

This Language Basics article cover some of the most fundamental aspects of Luxembourgish: how to count, the names of some common expat countries of origin, and the somewhat perplexing d', de, and den situation as it applies to introducing yourself. That also means we'll touch a bit on the N-Regel or "N-rule" (also called Eiffeler Regel or "Eiffel Rule"), but don't worry, it's not that difficult!

Whether you were a wiz at maths in school or still have PTSD thanks to that ONE teacher, we can all agree that numbers and counting are essential to everyday communication. Over the course of these lessons, we'll learn how to say how old we are, tell the time, and schedule meetings and for all of  that we need to know our numbers first.

Let's start simple with the numbers from 0 to 12:

There is not much to point out here – you'll have to learn these by heart, but once you do that the numbers above twelve will be a walk in the park.

As you could see, learning to count up to 12 requires some memorising. The good news is that for numbers above 12, we'll have a recurring pattern to rely on. Let's have a look at numbers 13 to 20 first:

Do you see the pattern? For every number over 20, it is always the same and basically the same as in English, just the other way around. While in English you say "twenty-three" (20-3), in Luxembourgish you say dräianzwanzeg ("3 and 20"). Note that for numbers 13 to 19, Luxembourgish actually follows the same system as English, with "fourteen" (4-10) becoming véierzéng (4-10).

One last note: Whether the "and" is a or an depends on the N-Regel, which we'll cover next.

When introducing yourself (or talking about someone else by name) in Luxembourgish, you always precede their name with the definite article. You don't say "I am Anna" or "I am Kevin", but something close to "I am the Anna/Kevin." Probem is, the "the" part will be slightly different depending on two things: (1) your or the person's gender, and (2) your or their name.

In essence, women's name are use the prefix d', so "Ech sinn d'Anna"

Men's name use de or den, depending on the first letter of the name. This is where the N-rule comes into play. The table below shows which letters mean that the N stays, and which means you take it away. So for example, it's:

Ech sinn de Bob, because Bob begins with a B

Ech sinn den Tom, because Tom begins with a T.

What's good to know is that the N-regel doesn't just apply to de / den, but more or less all verbs, plural nouns, and function words (articles, pronouns, prepositions). To give an easy example, here's how it affects the word sinn (to be) when saying how old you are:

Including every single country here would make the article too long and unwieldy, so we'll just include a few common ones among RTL Today readers. We'll include both how to say the country, the language, and how it's said as a nationality.

If your country isn't on this list, visit LOD.LU to look it up!