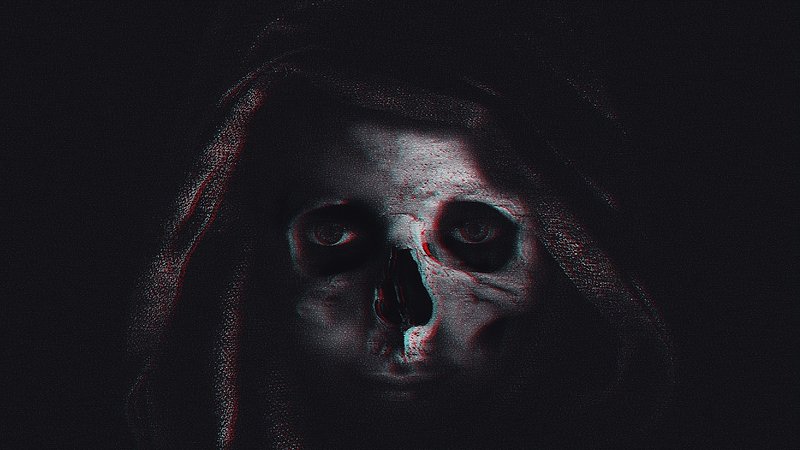 In his series on myths and legends, Gerry Erang explores some of the Grand Duchy’s lesser-known yet enthralling stories. This week, we take a trip to Grosbus and get to know one of Luxembourg's mythical creatures that is as elusive as it is terrifying: the Schankemännchen.

Remember our instalment on haunted hunters in Luxembourg? If you need a little refresher, ghostly hunters a little bit like roadworks in Luxembourg: omnipresent and unnerving. They were doomed to roam the Grand Duchy's usually so idyllic forests in all eternity because they had taken the unfortunate decision of going on a hunt on a Sunday instead of flocking to church.

Unless you hail from Grosbus or a nearby village, there is one haunted hunter you haven't had the misfortune of meeting yet: the Schankemännchen (which roughly translates into "small bone man"). Legend has it that Schankemännchen inhabits the so-called Schankegriecht, a mysterious valley in a forest near Grosbus. You can still visit the "Schankelach," a small cave that is said to hide the entrance to his subterranean dwelling place. He was cursed to remain in this valley because he, like so many others, dared to go hunting and playing pranks on unsuspecting people on Sundays.

There are various accounts of Schankemännchen. Some say he was a very elusive character that nobody ever saw but only heard as it was making hellish noises by hammering on bones at night. Others claim to have laid eyes on him: according to their descriptions, he was a bony creature of slim statue with long white hair taht usually appeared with a pack of loudly barking wolves.

Schankemännchen reportedly took extreme pleasure in scaring wanderers and drawing them off their safe path. In the wildest accounts, he was eternally on fire, bringing hellish flames wherever he went. His reign of terror reportedly took an end when the Pope banned him from the Schankegriecht more than 80 years ago.

Stories about hapless wanderers falling prey to the bony creatures abound. Once upon a time, a young farm labourer was taking his horses to a pasture near the Schankengriecht. He was of high spirits and carelessly whistling a happy tune. All of a sudden, deafening noise echoes through the valley. "This must be a battue hunt," the young man thought. "Then again, I've never heard something this loud."

The barking and roaring came closer, and our protagonist started take fright. "Dear God, this is not a battue. This must be the Schankemännchen my mother has always warned me about," he anxiously said to himself. Without really thinking about it, he shouted: "Schankemännchen, shoot a deer for me" (yes, Luxembourgish myths sometimes have absurd elements). Seconds later, he heard a single gunshot. The young man was taken by such dread that he immediately jumped on his horse and quickly rode home.

When he arrived home, he rushed into his house and locked the door behind him. The nightmare, however, was far from over. Minutes later, someone knocked on the door with incredible force. The same nightly visitor started screaming so loudly that the entire village woke up. The landlord and master of the farm labourer was equally terrified and, with trembling voice, approached the door. "Who's there?" he murmured. He did not need to wait long for a reply. "Here's the deer that your servant demanded," a harsh voice replied. The master did not dare to open the door.

The next morning, they found a large piece of skin glued to the entrance door of the house.

An encounter with the devil

Various other legends were born in the surrounding regions of Grosbus. According to another myth, there were once four card players gambling in a shady tavern near Merzig. They were running low on cash and, boldened by Battins and Hunnechdrepp, decided to strike a fabulously bad deal with the devil. The devil, they decided would give them a large sum of money in return for the soul of the gambler who would stop playing cards first. 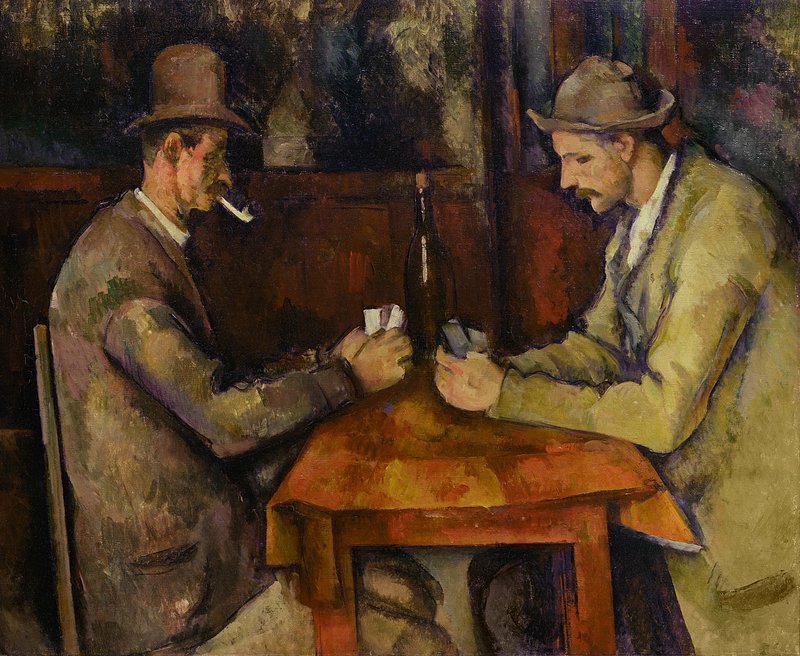 "The Card Players" by Paul Cézanne.

The devil immediately arrived, accompanied by frightening black dog and carrying a gigantic bag of coins. And so they started playing cards. They played on for three days and three nights - none of them was keen on forfeiting his soul to Satan. A chaplain from Grosbus eventually entered the tavern and demanded to join the game. Too tired to protest, the gamblers allowed him to join their miserable ranks.

A couple of games in, the chaplain threw his cards into the air and hollered: "I'm too tired to play, I'm out." The devil realised he had made a grave mistake as the chaplain was not part of their devilish pact. He angrily jumped out of the window, leaving nothing but a stomach-turning stench that you can apparently still smell today. The bag of coins magically sunk into the ground, never to be retrieved.

Last week, we found out why Saint Willibrord, the founder of Echternach Abbey, qualifies as a true badass.