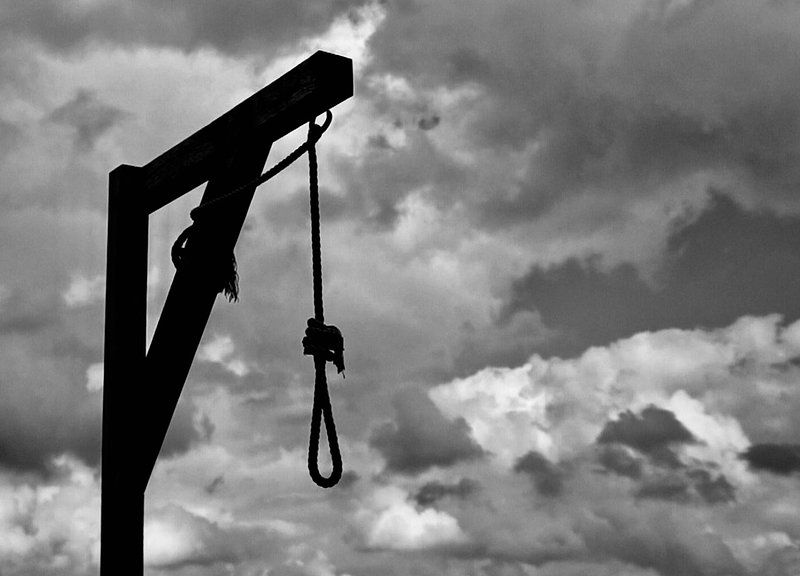 In his series on myths and legends, Gerry Erang explores some of the Grand Duchy’s lesser-known yet enthralling stories. This week we venture into the darker side of Luxembourg's myths. Cut-off hands and ghastly gallows await!

"Gallows literature" is a genre seldom discussed in literary studies. Even though the macabre genre and its related tales are slowly tumbling into oblivion, they exist - serving as a spine-chilling reminder of humanity's history of systemic violence.

In America, scholar Ronald Bosco reminds us, one of first known examples published before 1800 is Samuel Danforth's The Cry of Sodom Enquired Into. No need for Sherlock Holmes to guess what the uncanny narrative is about: Banjamin Goad was executed on charges of sodomy. The work contains both a sermon addressed to the criminal and a warning against those good old "Youthful Lusts." The sermon and the exhortation were, in all their eloquence and magnificent hypocrisy, proclaimed to the witnesses who had gathered in front of the gallows, gleefully waiting for Goad to meet his rather unpleasant end. In England, street publishers similarly made money with "dying verses" and last speeches of those doomed to die. Don't raise your eyebrows - it's the stuff that still works financial wonders for Hollywood and the modern media.

I have not (yet) come across historical or biographical gallows literature from Luxembourg but, as usual, Nikolaus Gredt's Sagenschatz des Luxemburger Landes does not disappoint in terms of legends. Let's courageously jump into more mythological waters and head to Remich and Dudelange.

A stone slab in Remich glowing with blood

Legend has it that many years ago, there was a gallows in Remich in the picturesque Moselle valley. What happened on the gallows, you can imagine, was slightly less picturesque. According to the story, there was a large stone slab lying on the ground under the gallows. The blood of those who were unlucky enough to be sentenced to death gently flowed onto that stone.

Each year on Saint Martin's day (also known as Old Halloween), the blood of those who were executed starts dripping out the stone, which illuminates the night like a giant fire. The stomach-turning lamentations of the executed echo through the valley.

In the past, the people in surrounding villages then quickly said their prayers because otherwise, they believed, the fire would haunt them and cause unimaginable misery to their families.

Not spooky enough enough yet? Let's take another trip to Dudelange's Mont St. Jean (Gehaansbierg). Yes, that's the same place we already visited when we found out how you can break the curse that beset the hill's most spectral inhabitant centuries ago: the doomed maiden in white.

Nightmares made in Dudelange: the tale of the cursed cut-off hand

Once upon a time, a merry bunch of Dudelange inhabitants were comfortably sitting together at the local tavern. They were telling each other boastful stories of the scary creatures they had encountered during nightly work on the fields. Ghosts, witches, werewolves, you name it. Luxembourg's drinking culture was already well established back in those days and the cold beverages were flowing as freely as the Moselle river we mentioned earlier. The conversation eventually turned to a convict that had ended up on the gallows on Mont St. Jean. Even though his execution took place days ago, the forsaken soul was still dangling from the murderous rope.

One particularly hard-boiled fellow bragged that he was courageous enough to pay a visit to the gallows and the hanging body that same night. Unsurprisingly, his drinking buddies called his bluff. Peer pressure is a century-old beast and our (anti)hero saw himself forced to stroll to the eerie Mont St. Jean. He was horror-stricken because he, like you, had heard all about the cursed woman in white who was known to frequent the hill at night. Nevertheless, he had bragged too much not to complete the test of courage and, around midnight, headed to the gallows.

He eventually arrived. It suddenly struck him: what if his friends would later say that he never actually went there? He decided that he needed to take some sort of proof because iphones and cameras did not exist back then. I'll just cut off the poor bloke's hand and show it to those losers, he thought. Yep, he actually cut it off. Yummy. 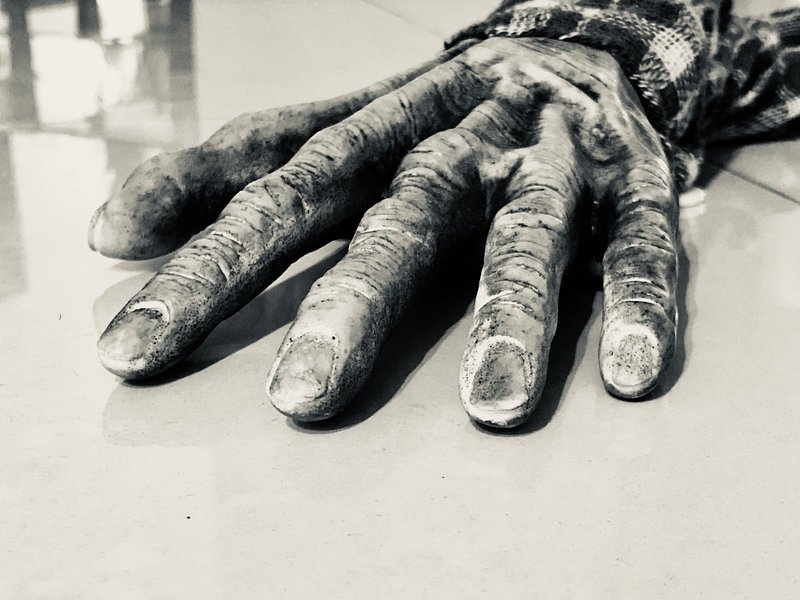 And so he returned with the cut-off hand, proudly showing it to the other fellows. He even played around with it at the tavern, making jokes and using the hand to lift his drink. When the tavern eventually closed later at night, he decided to take the hand back to the gallows. After he had completed that task, he returned home and immediately fell asleep.

The next day, he woke up with a bit of a hangover, turned around and, to his horror, saw that the cut-off hand was lying in bed next to him. Cut-off hand works better than coffee to wake someone up in the morning. Terrified, he brought the hand back to the gallows yet again... to no avail. Every time he woke up, the hand was there, reminding him of the terrible thing he had done that night.

His mother finally sought the help of the local priest, who was known to have experience in the field of curses. The priest eventually decided that the hand should be buried along with the executed and, behold, the curse was broken.

The young daredevil, however, never really got over his misadventure. His health slowly deteriorated until he ultimately died.

I would argue that both myths, on a metaphorical level, represent the return of the repressed. You don't necessarily need to agree with everything good old Sigmund Freud ever babbled about but his concept of the (return of the) repressed remains a valuable tool to understand texts, movies, and perhaps yourself. So what's that all about? To oversimplify, the return of the repressed is a an often upsetting mechanism whereby repressed elements slumbering in your subconscious force their way back into consciousness or your behaviour. Think weird dreams, Freudian slips, and unpleasant memories suddenly resurfacing out of the blue. You may remember doing something utterly cringy or have an ex-partner that you just can't seem to get over. Even though you force yourself not to think about these things, they sometimes just pop up in your mind. You get the gist.

What slumbers beneath the surface? / © Us movie poster

The two myths exemplify Freud's theory. The cursed hand in the daredevil myth is a physical manifestation of the protagonist's bad conscience. No matter how badly he tries to get it of it, it follows him everywhere. You sometimes just can't escape your own memories and bad experiences, no matter how far you push them back into the darkest corner of your brain. Remember Macbeth seeing that bloody dagger in front of him? Different story, same affliction.

The story about the cursed hand also has an ironical twist to it. The priest only apparently saves the day. Religion, it turns out, only gets rid of the symptom without cutting to the real problem.

The return of the repressed not only functions on an individual level but can also operate on a collective level. In the first story about the stone in Remich, entire villages are reminded of the systemic brutality of executions that occurred generations before them. And this is not something I'm making up. Violence and related traumatic experiences can, modern research has shown, be encoded in the DNA of subsequent generations.

A more detailed Knowledge Bites article about the history of gallows in Luxembourg will follow in coming weeks, stay tuned!

In the last instalment, we had a more detailed look at the famous Melusina myth! Did you know that Melusina might eventually cause the downfall of Luxembourg City?