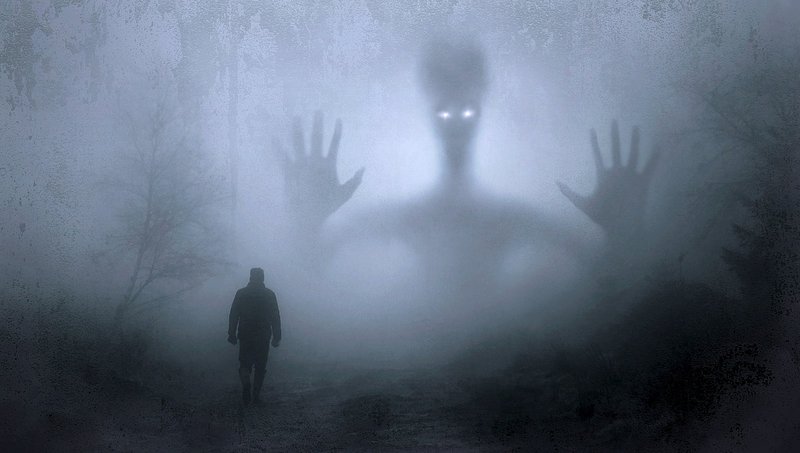 In his series on myths and legends, Gerry Erang explores some of the Grand Duchy’s lesser-known yet enthralling stories. This week, we get to know a recurring character in Luxembourg's mythological landscape: haunted hunters!

Haunted hunters are a cultural motif almost as old as folklore itself. Think ghostly groups of raucous hunters passing bewildered wanderers at night. Spectral apparitions engaging in wild pursuits in sinister forests. Paganism. Nordic gods and undead warriors unable to return to eternal slumber. You get the gist.

In Norse mythology, the leader of the so-called wild hunt was usually the famously puzzling ruler of the Aesir deities: Odin. His petrifying procession hurls across the sky and reportedly kidnaps the poor souls that are too slow or drunk to find an adequate shelter. A common feature of Odin's hunt are loudly barking dogs. If you hail from Britain, you may be familiar with Herne the hunter, a ghostly fellow associated with Windsor Forest and immortalised in the Bard's The Merry Wives of Windsor. He's know to ride a horse, rattle chains and torment cattle. 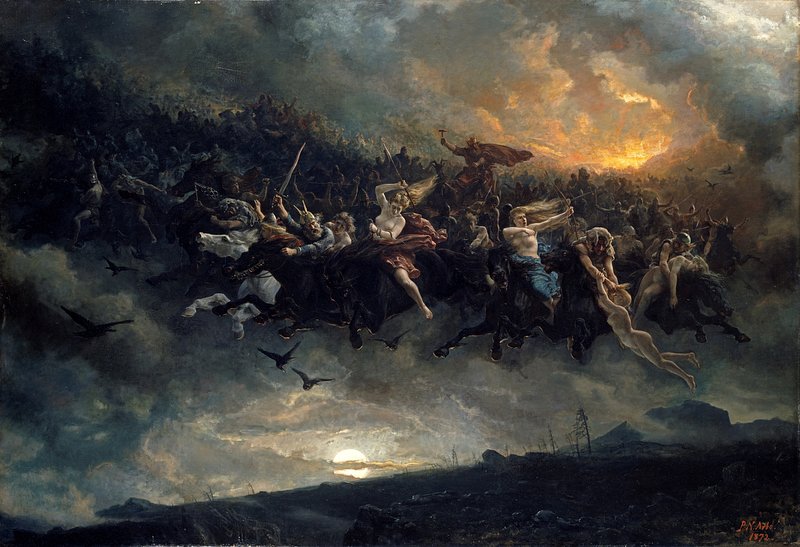 In Germany, it was Jacob Grimm who first thoroughly documented the trope of the Wild Hunt in 1835. The celebrated folklorist and storyteller believed that the hunt initially represented a "solemn march of the gods" in ancient times and was then downgraded to a "a pack of horrid spectres, dashed with dark and devilish ingredients" under the party animal more widely known as Christianity. If you've ever watched Highlander, you know the drill: there can only be one. In this case, one God only. Hint: keep this mind for later.

No Luxembourg forest without haunted hunters

Stories about ghostly hunters in Luxembourg are almost as endless as roadworks and traffic jams in the city. In Wormeldange, a wild hunter was known to gallop trough the night on a fiery horse, scaring to death nightly wanderers and local farmers. In Troisvierges, a similarly unpleasant hunter regularly roamed regularly through the forest with his barking dogs. He boasted a hunting horn and usually made strange noises, which led the surrounding villages to believe that he was possessed by Satan. Wild hunters were also rumored to dwell in forests near Diekirch, Arsdorf, Reisdorf, Bollendorf, and so on. You get it; much like petrol stations on Luxembourg's borders, they're everywhere. 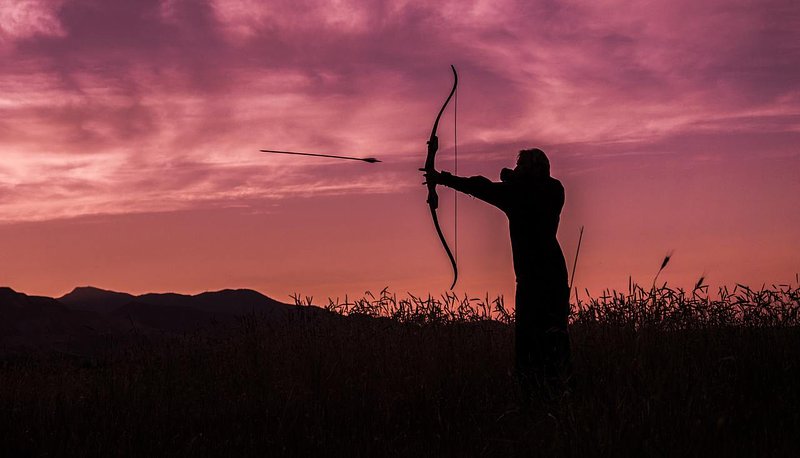 Most accounts of wild hunts in Luxembourg are, much like motivational speeches or Tinder bios, quite unoriginal and repetitive. But you know what they say: the exception proves the rule. Let's hop on a CFL train to the picturesque north of Luxembourg. We are flocking to a small forest idyllically nestled between Knaphoscheid (the place elderly primary school teachers in the centre of Luxembourg tell their most annoying students to go to) and Doennange, which you've probably never heard of but allegedly exists. The grass is green, the birds are tweeting, the cows outnumber humans and BMWs but make no mistake - danger lurks behind the immaculate facade of rural idyll...

Two pieces of advice for you: don't put chicken on pizza and avoid that forest like Euronet ATMs. Legend has it that if you pass these woods after dark, you will first be confronted with deafening noise that makes you think all the trees around you are breaking in two. Fear will paralyse you and you won't me able to utter the slightest word. And then he will appear next to you. The haunted hunter with his rifle and dog. He won't say a word to you but just start walking. As if pulled by some magical force, your body will follow him even tough your mind would much rather go home and crack open a cold Battin. The two of you will eventually arrive on a small clearing in the forest - and witness a terrifying spectacle. First, you will blinded by a flooding of white light. The light dims down, and a multitude of apparitions clad in white will appear out of nowhere. Some solemnly carry torches, others engage in rhythmic dances. 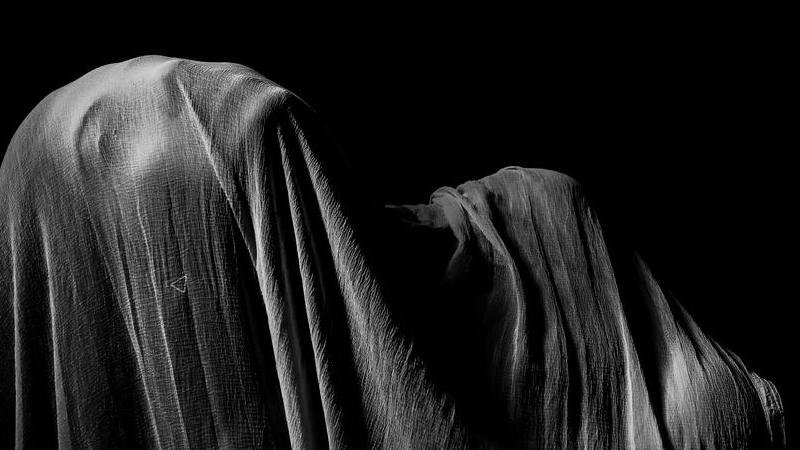 After a while, the spectacle ends - and the ghostly processions disappears into the night. Well, almost. It wouldn't be a Luxembourg myth if it didn't have an element of randomness. Once the white apparitions have vanished, a headless man appears, carrying a large border stone in his hands and miserably asking where he should place the stone. Some say he was beheaded and cursed because he tried to move the border, doomed to roam the country until he finds the original spot of the border stone. Which is rather tricky if you have neither head nor eyesight.

So... why exactly are there so many haunted hunters in Luxembourg?

There is no definite answer to that question but I would suggest to go back to Grimm's finding that the motif of wild hunts date back to pre-Christian times. Several elements such as the torches and rhythmic dancing in the story of the ghostly procession in that northern wood bring to mind Pagan rites in honour of ancient gods. The myths of the wild hunt could be older than we think and represent a fossilized survival of beliefs of a distant era.

The explanation for wild hunts in Luxembourg became a tad more simplistic after Christianity had established itself - at least according to several accounts found in Nikolaus Gredt's Sagenschatz des Luxemburger Landes. Haunted hunters, it was proclaimed, were doomed to roam the forests in all eternity because they had decided to go hunting on a Sunday instead of obeying the word of the Lord and going to Church. Duh. 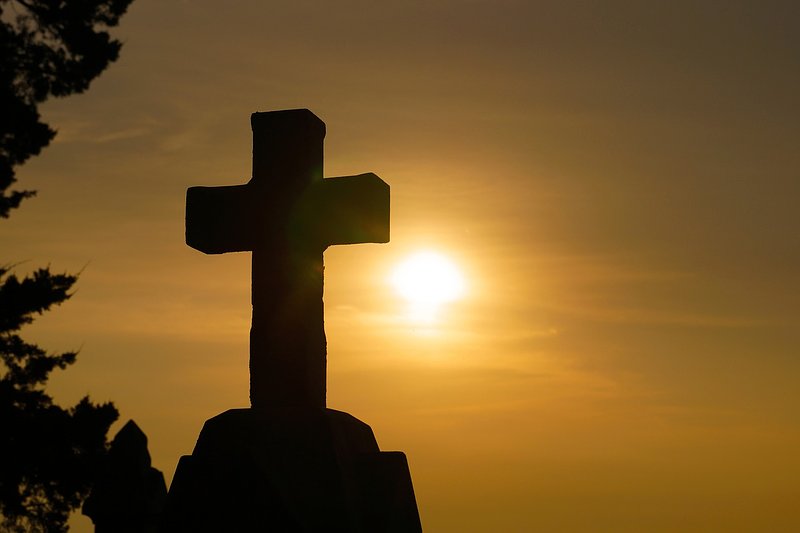