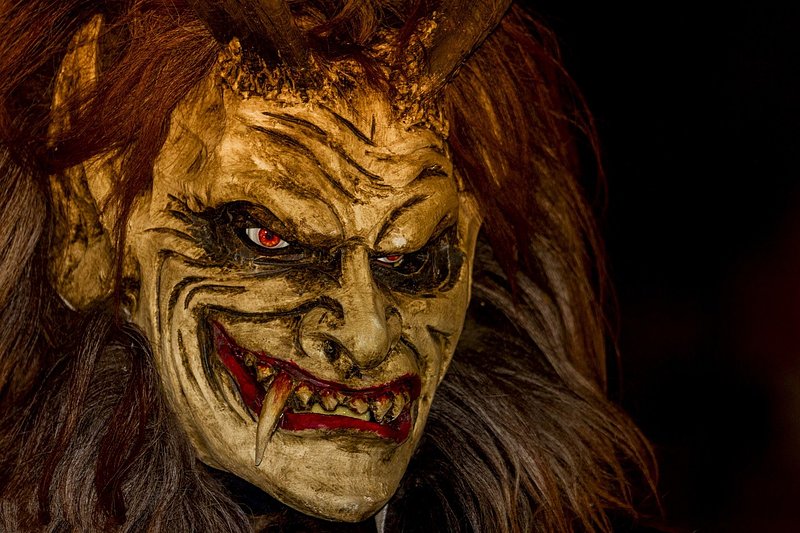 In his series on myths and legends, Gerry Erang explores some of the Grand Duchy’s lesser-known yet enthralling stories. The Moselle may be deep but Grevenmacher's mythological waters are deeper.

Last week, we established that all mythological roads apparently lead to Grevenmacher. Idyllically nestled between steep vineyards and flanked by the leisurely flowing Moselle river, the city has more to offer than immediately meets the eye. Cursed materialists, cannibalistic witches and hellish hounds - picture-perfect Grevenmacher has it all.

On this note, let's pick up where we left off and wade deeper into the city's mythological waters.

If you ever hike from Grevenmacher to Manternach, chances are you come across a large stone block of stone. But what's so special about that? Legend has it that the devil himself brought the massive stone to its final resting place.

Centuries ago, the not-so-high society of Grevenmacher and the surrounding villages told good old Satan about a new brothel that was supposed soon to open its doors in Trier. A new place that celebrates sexual debauchery and institutional immorality? The devil was euphoric. To express his gratitude and appreciation, Satan decided to carry the foundation block of the brothel to Trier.

However, just as as he was blissfully embarking on his journey, less pleasant news reached the fallen angel's ear: officials had changed plans and decided to erect a cathedral instead of the pleasure house. Upset and disappointed, the devil carried the large stone through Grevenmacher's streets and dramatically threw it on the ground of a nearby hill. Before resignedly leaving the would-be foundation block, he jumped onto the stone and started dancing almost as feverishly as 16-year-old Picadilly revelers would do centuries later. According to the legend, his frantic stamping left foot-sized holes in the stone that can still be seen today. 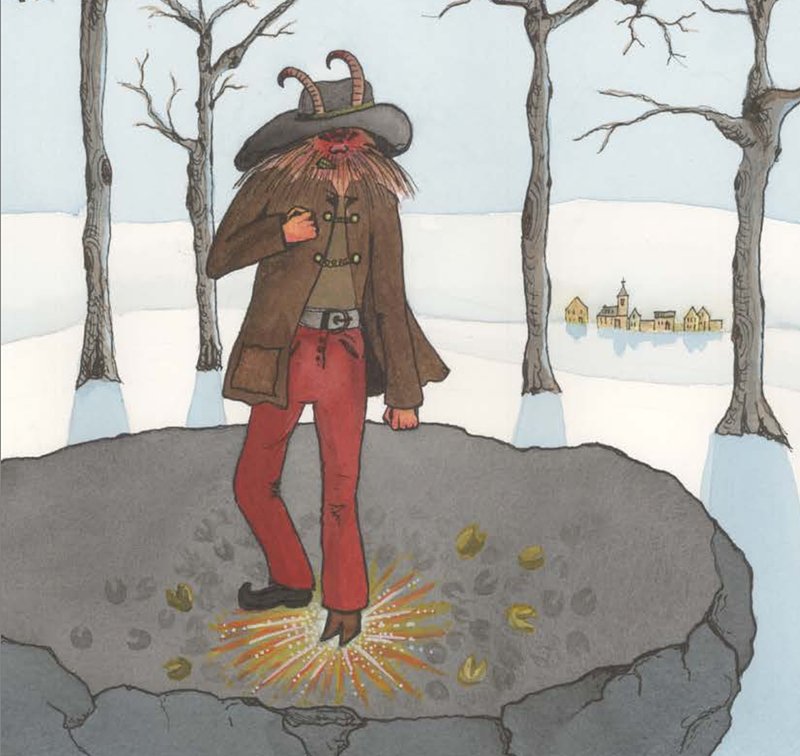 Travelers who later passed the stone were reportedly struck by fear and a profound sense of discomfort - hence the name "Grauenstein," which roughly translates into "dreadstone." As time passed, other myths surrounding the spooky stone emerged. Some for example claimed that the dreadstone was home to a cursed creature that is still up to mischief. Others believed that treasures were hidden inside the stone - until French veterans blew it up only to find... absolutely nothing.

On a historical side note, brothels and the Church were not always as antagonistically opposed as the legend may lead you to believe. Medieval sources have long proven that brothels were often run by church. It was a lucrative business that brought in substantial sums of money for building more churches - especially because medieval whoremongers were also able to buy themselves free of sin after their carnal dealings with the prostitutes. In the 12th century, the Church ran no less than 18 licensed brothels in a borough of London known as Sothwark. According to another historical source, the bishop of Winchester gave the order to build an entire red light district.

The cursed sneezer, or, why we say "bless you" when someone sneezes

The tale of the cursed sneezer also has its origins in Grevenmacher. There used to be a bridge on the main road leading from the Moselle metropolis to Luxembourg City. This bridge, according to the legend, was the eerie abode of an invisible sneezer. Passersby avoided the bridge at night because they were frightened by the loud sneezes that just seemed to echo through the night out of nowhere. 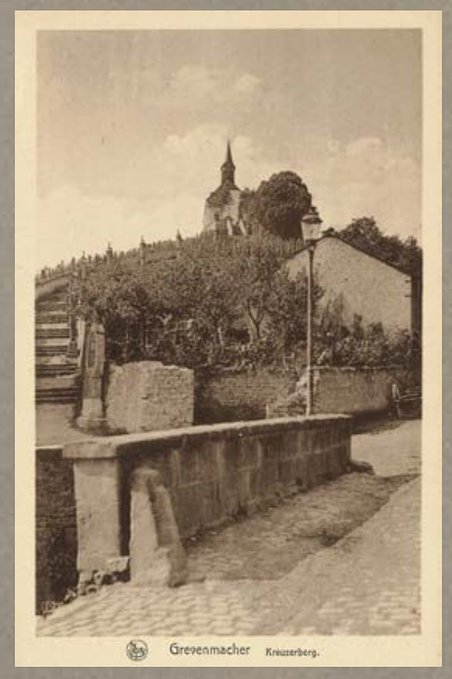 One fine night, a drunkard crossed the bridge and also suddenly heard the inexplicable sneezing. Without giving it a second thought, the inebriated wanderer was immediately compelled to say "bless you." The moment the words had departed from his lips, a loud voice hollered through the night: "Thank God, the curse is finally broken! You are the first person to blessed me after I sneezed. I was cursed for 100 years because I once told someone who sneezed that  I wished he had shit in his nose...". Classy.

Fun fact of the day: sneezing, apparent curses and religion have a time-honoured connection. Historically, sneezes were thought to be an omen or warning from the gods. When the first plague broke out in Europe around 590, Pope Gregory claimed that a sneeze was an early symptom of plague and ordered Christians to respond to the sign with a blessing. Another theory upholds that, in ancient times, sneezing allowed devilish spirits to enter the human body. Only saying "God bless you" would protect you. 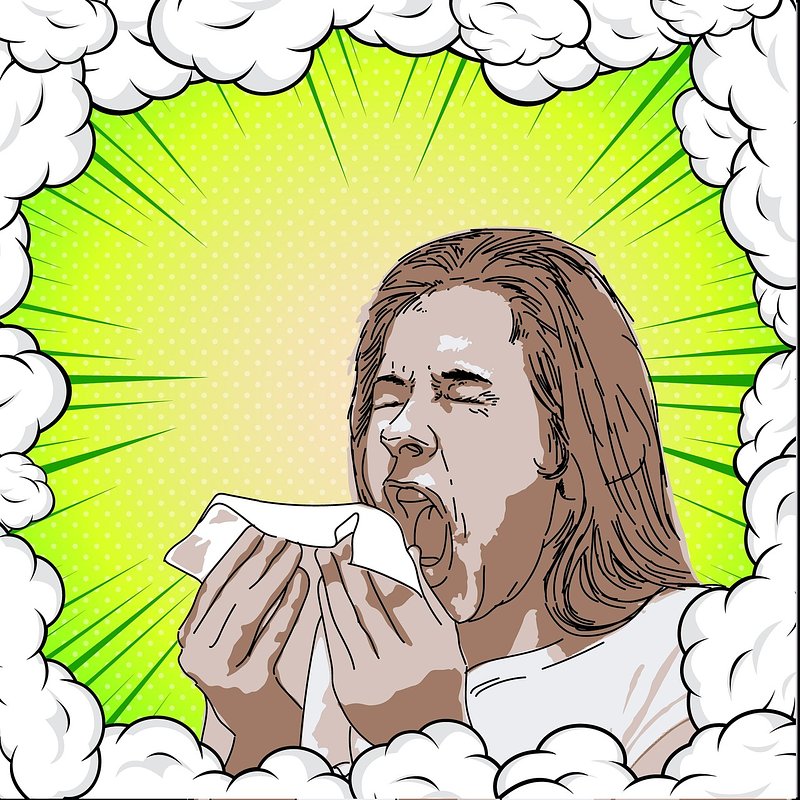 The story of the white cross and perfidious witches

The story behind Grevenmacher's white cross intermingles, as it often the case, historical fact with myth. In 1552, a fellow named Albrecht violently invaded the city. The cross commemorates the tragedy and victims that fell prey to the violence.

Several myths revolving around the cross evolved in the following centuries. The most common one is that witches gathered and danced around the cross before conspiring against Grevenmacher.