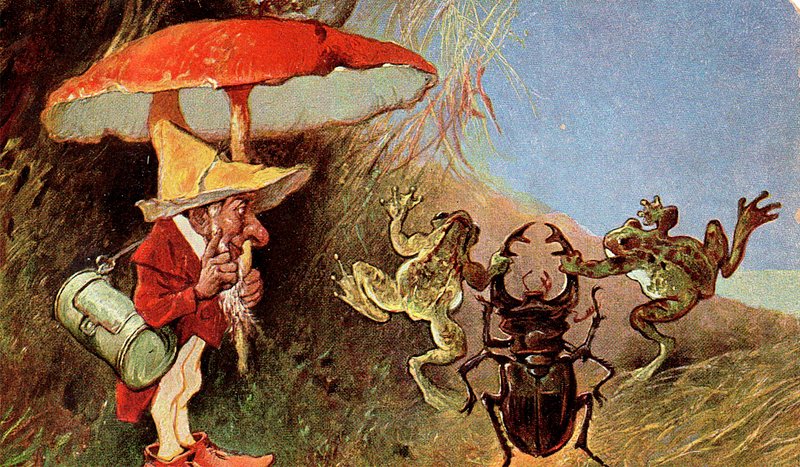 In his series on myths and legends, Gerry Erang explores some of the Grand Duchy’s lesser-known yet enthralling stories. This week, we head to Walferdange's forest and explore the real history behind its tiniest inhabitants: gnomes!

Paganism and esoteric philosophy have always upheld the existence of elemental beings that are not necessarily visible to everyone. Swiss alchemist and forefather of Western medicine Paracelsus classified these elemental beings in accordance with our planet's elements. In his scheme, salamanders represent fire, sylphs symbolise air, undines stand for water and, last but definitely not least, GNOMES represent the earth.

Yes, a guy from the 16th century came up with the idea of small humanoids living underground, paving the way for Renaissance storytellers and modern fantasy authors. According to Paracelsus, gnomes are brave and usually benign creatures. Much like your partner, they can be annoyingly stubborn but nevertheless have a heart of gold. 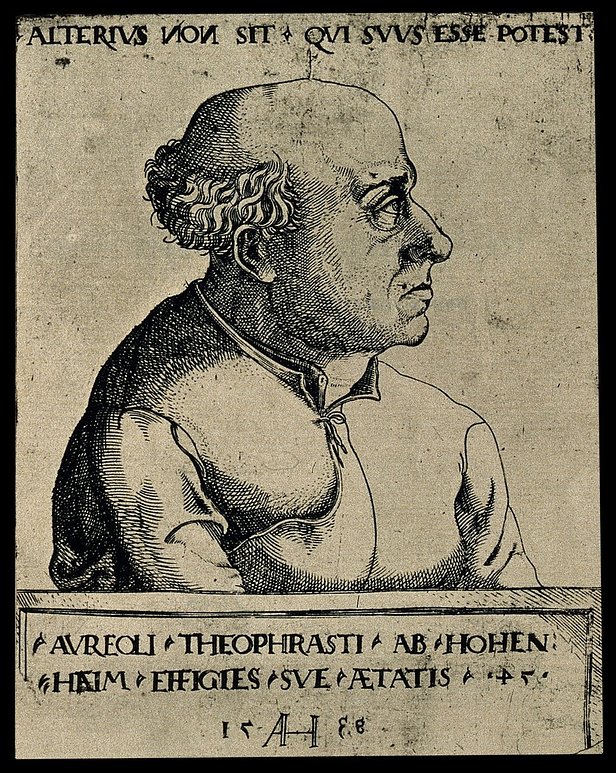 Paracelsus, reproduction of etching by A. Hirschvogel, 1538. / © wellcome.ac.uk

Luxembourgish gnomes certainly seem to do justice to Paracelsus's characterisation. The gnomes in Lultzhausen, if we believe Nikolaus Gredt's Sagenschatz des Luxemburger Landes, cleaned a family's house and did the dishes in exchange for leftovers. Dudelange's gnomes were equally helpful, feeding and looking after horses every night. Same story in Luxembourg City: zealous gnomes gave a helping hand to a baker who was overwhelmed by his workload.

Such relatively trivial stories about Luxembourg's gentle gnomes abound but let's take a stroll to Walferdange and find out how the small town's gnomes are linked to... the Romans. After all, Omnium Rerum Principia Parva Sunt - the beginnings of all things are small!

The first legend about gnomes in Walferdange's forests is relatively short and straightforward: if you're familiar with the woods, you may have spotted round pit-like holes in the ground where the earth seems to have sunk in. To give you an idea: 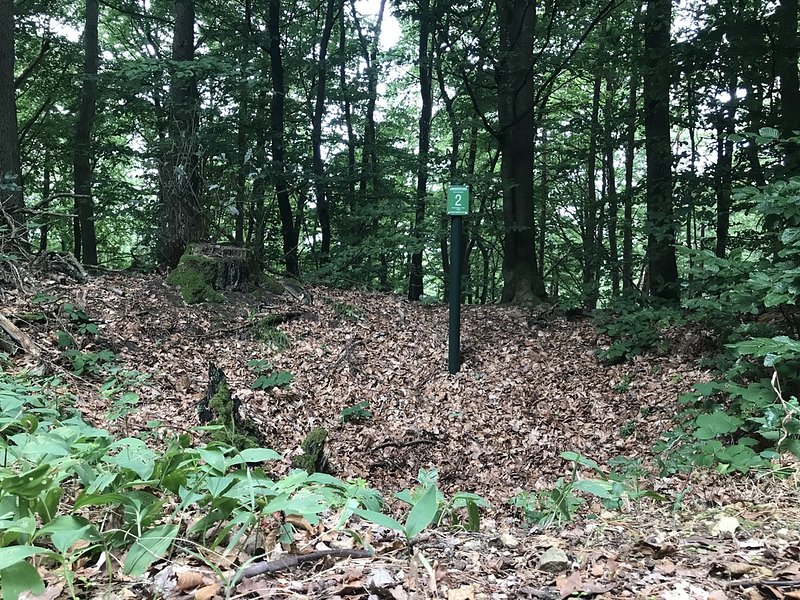 Over the centuries, these holes in the ground became known as "Wichtellöcher" (gnome holes) and the legend emerged that if you fall into one of them, you will magically resurface in Steinsel.

Another legend about Walferdange's gnomes is slightly more elaborate. Once upon a time, village people from Walferdange walked past a small hole and perceived laughter and giggling emanating from the ground. The strange noises immediately whetted their curiosity and they began digging in the ground. Their efforts paid off as they discovered beautiful rooms just under the earth's surface. The rooms were complete with kitchen utensils and other items that the gnomes had allegedly stolen from humans. The villagers also found gold and took it with them to the fields where they worked all day long. When they decided to head back home in the evening, they discovered that the gold had vanished. Lamenting their loss, they walked back to the gnome dwelling and, to their shock, only found a pile of debris. Everything had been smashed.

The interpretation of this week's legend is historical rather than literary for a change. The story of Walferdange's gnome holes and dwellings is, in fact, a prime example of how myths come into being because of forgotten or unknown histories. 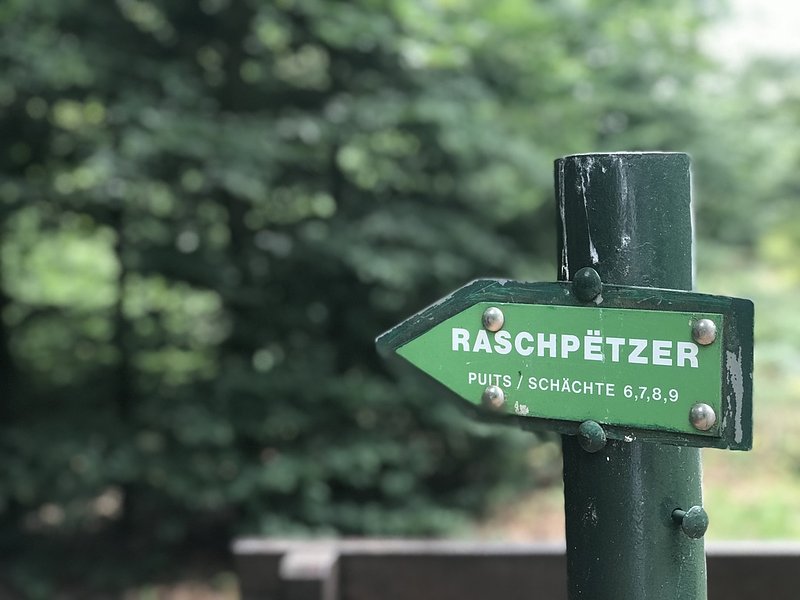 Worth a visit! / © Gerry Erang

The mystery surrounding the gnome holes was solved on 3 October 1986. After decades of digging and probing, researchers shed light on the true reason why the earth had so mysteriously sunk in some places: they discovered shafts that led to an underground aqueduct system. Not gnomes but the Romans had built this underground system to supply a settlement and villa in Helmsange with water. Some parts of the aqueduct were rebuilt and made accessible to the public. The site eventually became known as the Raschpëtzer Qanat.

The Raschpëtzer qanat, researchers believe, remains one of the most extensive and well-preserved systems of its kind north of the Alps. Around 330 m of the the total tunnel length of 600 m have been explored.

What about the origins of the second legend? Could the legend of the underground gnome dwelling also be rooted in history? Potentially. As I already mentioned earlier, there used to be Roman villas on the slopes of the Sonnebierg in Walferdange. Historians have long demonstrated that the vacant villas were looted after Gallo-Roman times. In this light, it becomes possible to read the villagers in the legend as raiders who've discovered the remnants of the Roman villa in Walferdange and taken everything from it that they could. An architectural dig at Walferdange's villa for example produced more than 400 Roman coins. 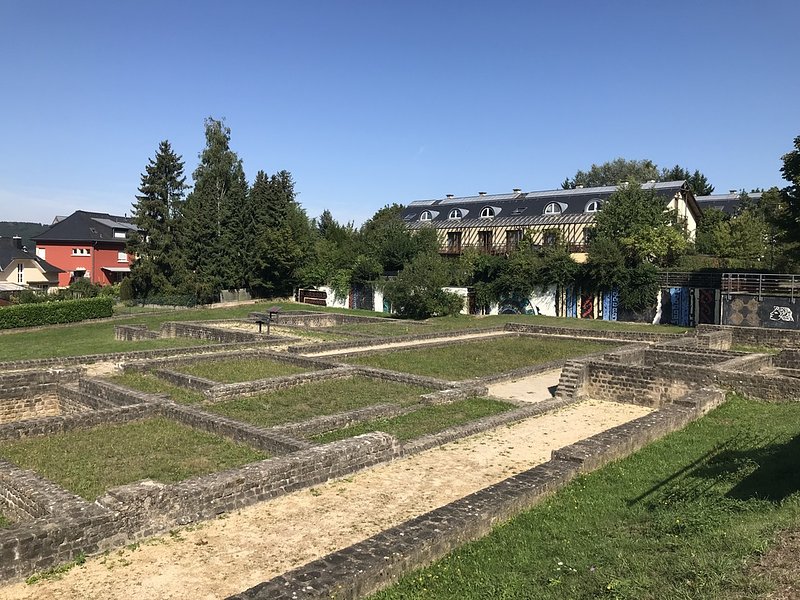 The remnants of the Roman villa in Helmsange. / © Gerry Erang

Last week, we became part of dancing mania in Echternach and found out how the myth of a sorcerer called Veit may lie at the origin of Echternach's hopping procession. 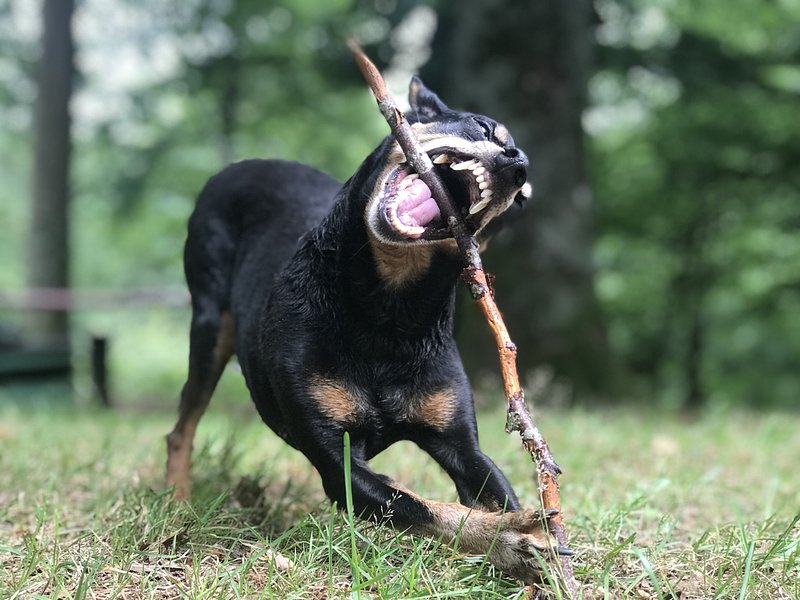 Even if you don't see any real gnomes in Walferdange's forests... chances are you may run into the equally tiny yet terrifying Pipo. See you next week for more myths and legends from the Grand Duchy! / © Gerry Erang

Gerry Erang is an editor and translator for RTL Today with a background in English Literature. He spent years of his childhood trying to find gnomes and dig out Roman swords in Walferdange's forests... to no avail.