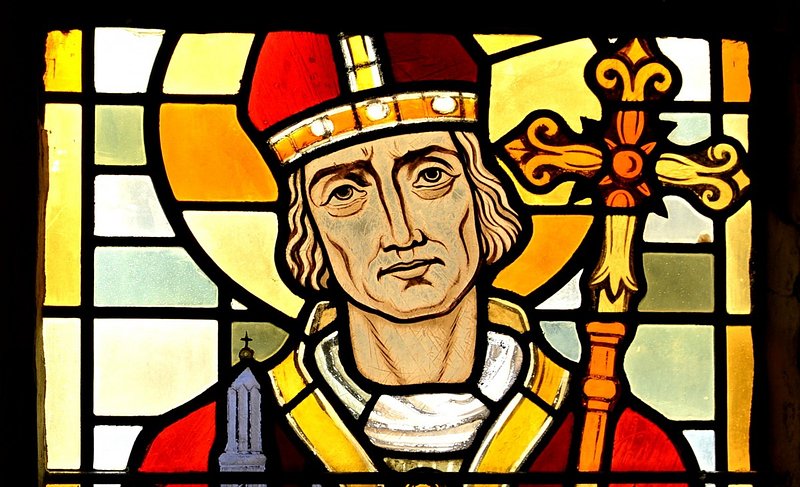 In his series on myths and legends, Gerry Erang explores some of the Grand Duchy’s lesser-known yet enthralling stories. This week is all things Willibrord, the Northumbrian saint who founded the abbey of Echternach.

Do you remember the myth of Veit the sorcerer? Yes, that charismatic violinist who plunged the entire city of Echternach into a dancing mania that even rivaled Berlin's 24-hour techno sessions. The town kept raving frenziedly until one of Luxembourg's most famous saints put an end to the sorcery: enter Willibrord.

Dance til you drop! Sorcerers and steamy dancing mania in Echternach

Willibrord was born in Northumbria in 658 from newly converted parents. He grew up under the influence of St Wilfrid, bishop of York. In his twenties, he spent most of his formative years in the Abbey of Rath Melsigi in Ireland, the "isle of saints" he had always been drawn to. He also got around quite a bit - he traveled to the North Sea Coast to christianise pagan Frisians and headed to Rome twice. He spent quite some time preaching in Frisia and establishing churches. One of most famous of them is a monastery in Utrecht in the Netherlands, where he also built his cathedral. All these efforts helped him make quite the name for himself: he entered the history books as the first Bishop of Utrecht.

More importantly for the Grand Duchy, Willibrord established the Benedictine Abbey of Echternach in 698. He eventually died in 738 at the age of 81. It was his wish to be buried in Echternach. Due to his popularity and life-long dedication, he was quickly made a saint after his death. He's still often called the apostle of the Benelux countries. 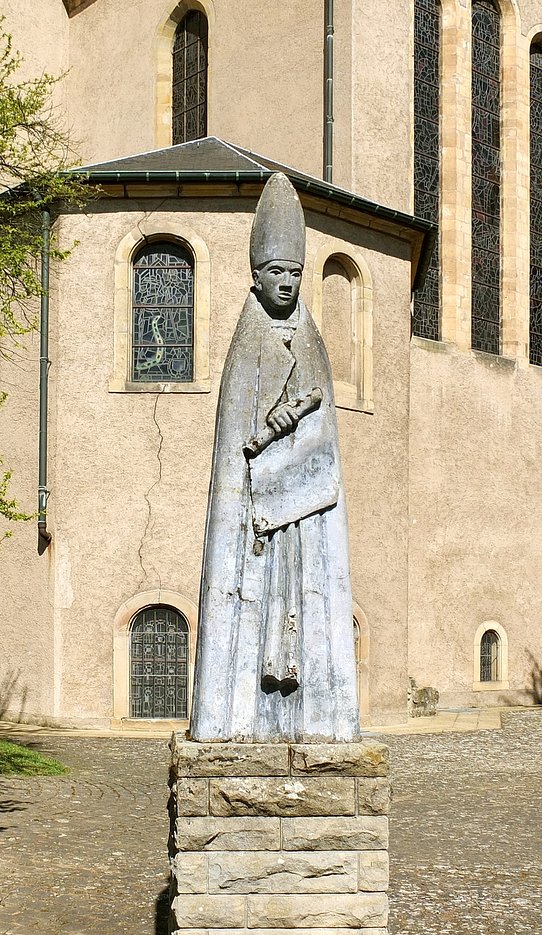 The fascination with the saint continues up to this day. The most famous example of this veneration is the Dancing Procession (which goes back all the way to Veit's sorcery!) in Echternach on Whit Tuesday, attracting thousands of hopping participants each year. Accompanied by brass bands, pilgrims process to St Willibrord's basilica, hopping two steps to the left and two steps to the right.

Apart from the myth of Willibrord's termination of Echternach's dancing mania, there are several other colourful legends surrounding the saint.

The small village of Rindschleiden (yes, it's small even for Luxembourgish standards - according to unofficial sources, it's the smallest village in the Grand Duchy) still boasts a magnificent church whose origins historically date back to the 10th century, making it one of the most important (and pretty much completely unknown) cultural heritage sites in Luxembourg. To make things more interesting, legend has it that it used to be a pagan temple where our dear ancestors even sacrificed humans. 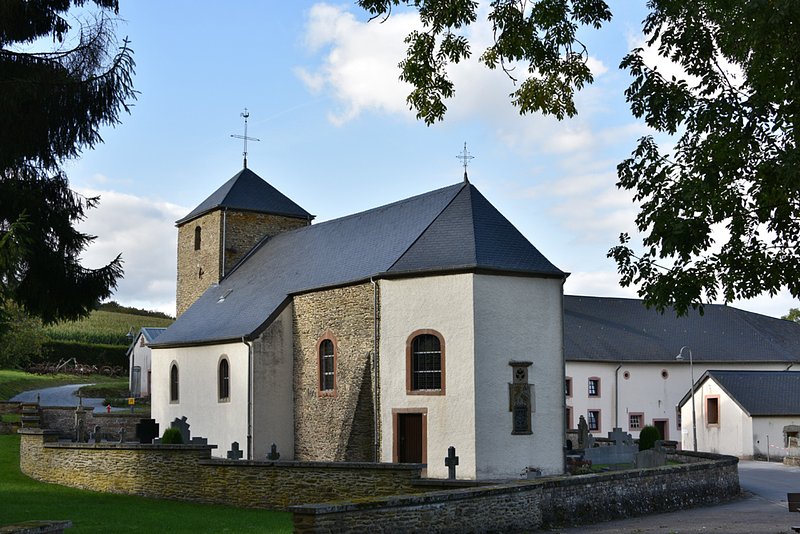 When Willibrord came to Luxembourg, he of course sought to christianise the country and convert such unholy places. He approached the pagan priests and started preaching about Christianity. They immediately believed him and abandoned their gods in favour of the Christian god. No, it wasn't exactly that easy. Of course they first laughed at poor Willibrord and told him that he should "leck d'Kaz do wou se keng Buuschten huet."  Momma did not raise a quitter, he thought. I'll teach those Eefalts not to mess with big Willie, he decided. And so he acted. To prove the superiority of his god, he fearlessly walked into the temple, kicked the pagan idols off their altars and put his hand into the flames of a fireplace. The fire was immediately extinguished. The pagans were quite impressed but still believed that their gods would kill Willibrord for this ultimate disrespect. Which didn't happen. Bummer. They figured that the Willibrord's god must be more powerful than their pagan gods - and consequently converted to Christianity.

The Willibrord spring near Daleiden

One day, Willibrord arrived in Daleiden and again started preaching about Christianity to local pagans. Unsurprisingly, they also made fun of him and his god. "Alrighty then," Willibrord said with a cheeky smile on his lips. "I will take leave but, before I do, I shall give you a taste of the greatness of my god." Gandalf-style, he hammered his staff into a cliff. The second the staff touched the rock, a spring started bubbling out of the rock. The pagans watched Willibrord depart with open mouths.

The dream of every Moselle region resident - an inexhaustible wine bottle

Like most people who have spent some time in the Grand Duchy, Willibrord did not say no to the occasional drink. In fact, he even had an inexhaustible wine bottle that he once shared with 12 beggars. They all drank large quantities of the fine beverage - but the bottle never emptied.

The Willibrord well near Wilwerwiltz

Near Wilwerwiltz is a well that became known as the "Willibrodusbrunnen." Legend has it that Willibrord was traveling through the region and paused for a while on a beautiful meadow to allow his pack animal to graze. The owner of the land, a pagan, arrived shortly later and, like a proper Luxembourger, started complaining. He that it was incredibly rude to stay on someone else's property uninvitedly. The saint tenderly replied: "My dear friend, I will compensate you for the small damage my horse and I ave inflicted." He then rammed his staff into the earth, and a well magically appeared. The well not only provided drinking water but its water was also used to cure diseases. 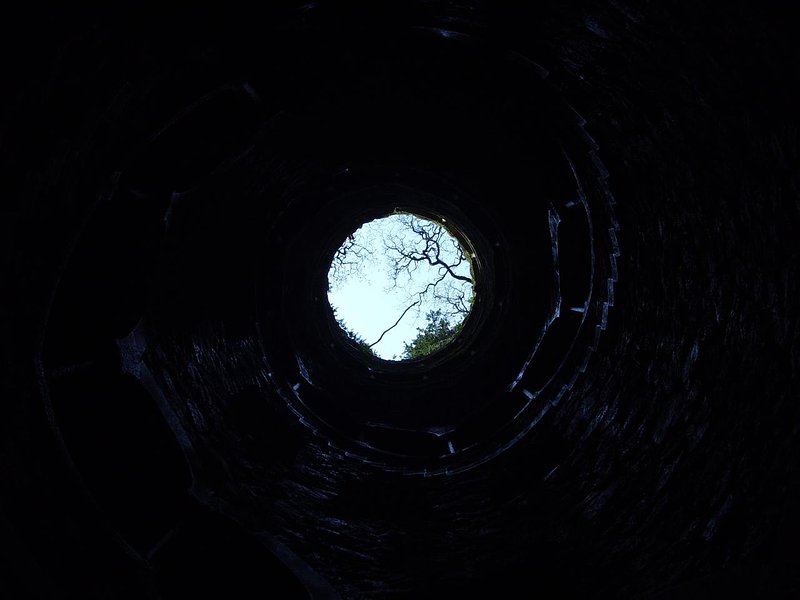 Several other Willibrord wells, which skirted his missionary routes, were also visited by pilgrims, to solicit the healing of various nervous diseases, especially of children.

There are also numerous trees in Luxembourg that are said to have been planted by Willibrord himself: three Linden trees in Trois-Vierges and four impressive Linden trees near Asselborn. Pilgrims regularly hiked to those trees to feel closer to the saint.

Last week, we analyzed the symbolic undercurrents of a deceptively simply story: what's up with wrestling with invisible attackers in the Mullerthal region?