Guillermo del Toro's aquatic beast certainly has a Kropemann-like feel to it. / © The Shape of Water screenshot

In his new series on myths and legends, Gerry Erang explores some of the Grand Duchy’s lesser-known yet enthralling stories. First up: the Kropemann, an eerie underwater bogeyman rumoured to live in the Attert river and drag unsuspecting children to their doom.

It is usually at the dead of night and with a conflicting sense of terror and fascination that young children devour the gruesome cautionary tales that have spooked their way into national literary heritages.

Take German author Heinrich Hoffman’s Shockheaded Peter (“Struwwelpeter”) for example. The collection of stories includes the thrillingly hideous tragedy of young Harriet who - after disobeying her parents and playing with matches - is reduced to ashes. Another equally sinister story recounts the plight of little Suck-A-Thumb, a young boy who happily sucks on this thumb until a maniacal tailor chops off his appendages with hedge trimmers. Chilling yet thought-provoking. 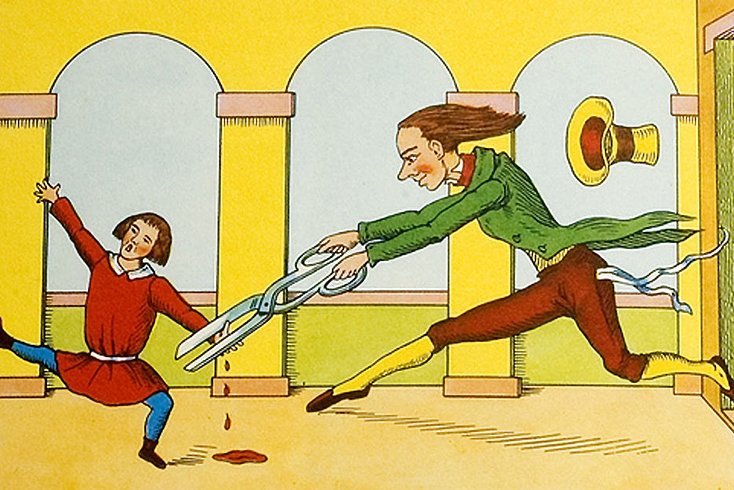 Are you seeing the bigger theme? The line between educational and plainly traumatising can be a fine one. One of Luxembourg’s very own myths certainly proves this point…

Nightmares made in Luxembourg

The Kropemann (literally: Hookman) is the stuff that nightmares are made of. According to the oldest versions of the myth, the bogeyman-like creature dwells in the Attert river near Redange. 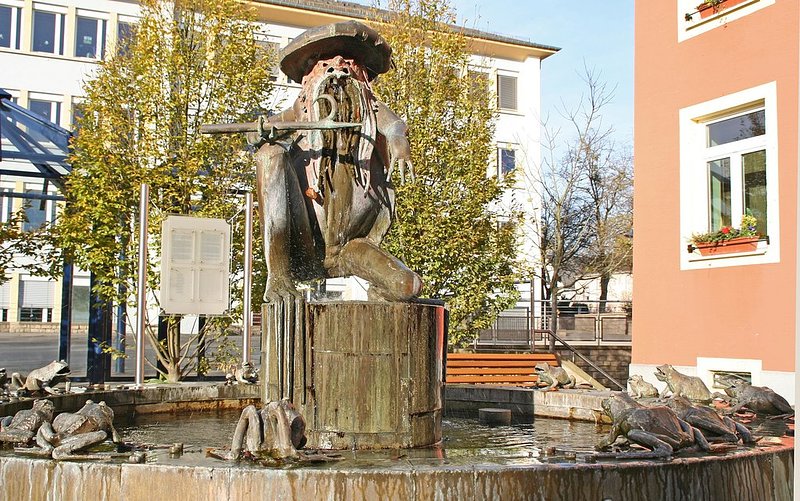 Kropemann fountain in Redange. The eerie bogeyman is the symbolic figure of the commune.

Its origins date back to ancient times and representations of the legendary figure vary. Gloomy Kropemann is usually portrayed as a relatively short, devious man with tattered clothes, shaggy beard and underwater plants covering his skin. His most distinctive feature remains the long hook (“Kroopestang” in Luxembourgish) that he uses to drag unsuspecting young victims into his watery abode. He then either devours his prey or forces his child-prisoner to work for him.

Luxembourgish author Willy Goergen’s poem “De Kropemann” is arguably the most famous account of the eerie underwater creature. He changes the setting from the Attert river to a well but the rest of the myth remains unaltered. What follows is a literal translation of the Luxembourgish original:

Down in the well sits the Hookman.
What’s he doing in the water?
He’s lurking with his hook,
Until he has caught – whoosh – the small child!

What’s he doing with the child?
He locks him in his basement
Where it is dark, cold and wet.
The dear little child craves to go back to the alley
He can scream, whine and moan
But he cannot return to his mother.
Therefore, dear child, beware
And stay away from the deep well.
Don’t even look into it,
Or otherwise the evil hookman comes.
And jabs his hook into your toe –
Come here, quickly, my sparling.

The Kropemann myth is, like Hoffman’s stories, primarily a cautionary tale that Luxembourgish parents tell their children to keep them away from treacherous waterways and teach them respect for the water.

Opinions on whether or not parents should share scary stories like the Kropemann myth with their children greatly vary. Whereas older generations tended to emphasize the benefits of such narratives, the younger demographics were slightly more hesitant. Some respondents stressed that they would rather not rely on a cultivation of fear as an education strategy.

24-year-old Maxime N. for instance explained that his mother had decided against telling him the Kropemann myth when he was young. When she was a child herself, the story had scared her to the point where she refused to get into the bathtub. Nathalie L. similarly said that the story “seems like a good way to get children to behave but also to give them a lifelong phobia of water.” 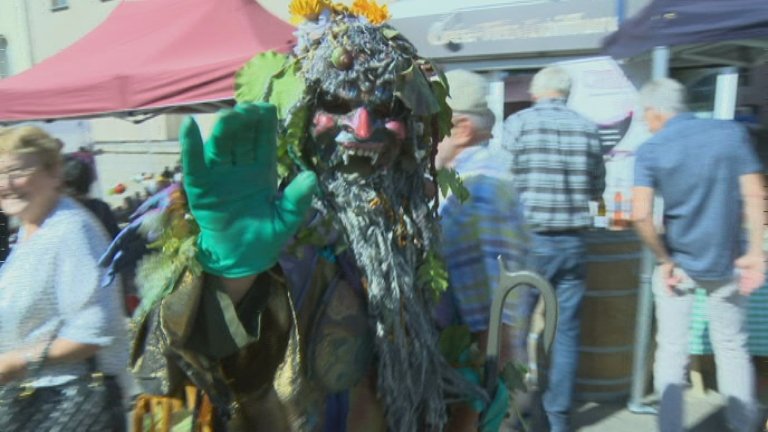 Maybe don't get too close to the Attert river... / © RTL archive

Outside of Luxembourg, the overall trend also seems to be that increasing numbers of parents avoid reading frightening stories to their children. In a 2016 survey of 1,003 UK parents, online bookseller “The Book People” for example concluded that 33% would not give read or tell their children stories containing terrifying characters.

Scholars, writers and psychologists alike widely challenge this approach on the basis that scary stories can help forge resilience and emotional maturity. In an interview with the Guardian, psychologist Emma Kenny argued that “children are often being wrapped up in cotton wool.” She explained that “risk and fear are something we need in childhood” because “anything that gives you a wide range of emotions in a safe and controlled environment is great.”

Gerry Erang is an editor and translator for RTL Today with a background in English Literature. Yes, he was terrified of the Kropemann as a child but nevertheless thinks it’s valuable for you to suffer the same fate.