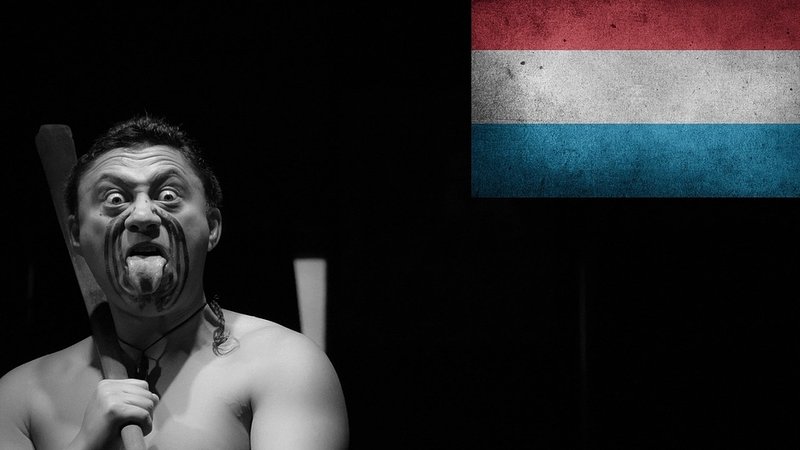 Trying to learn Luxembourgish? We know it's hard but this language lesson will hopefully be an entertaining one: memorise these classic Luxembourgish insults and let rip like a local - without being too vulgar, of course. [loose phonetics attached]

Fed up wit Luxembourg's speeding drivers? New to the Grand Duchy and trying to blend in? Or just trying to impress your local friends with some classic expressions they might not even know themselves? Here's how you can hurl insults like a true Luxie!

1) Klibber mech! [Klibber mursh]
Remember the Easter tradition of Klibberen? Yes, that seemingly rowdy affair when altar boys and girls parade through streets making deafening noise with wooden instruments? Well, that's where this expression comes from even though the connection between the phrase's origin and how it's used today remains puzzling. In short, you can say "klibber mech" to someone that's getting on your nerves.

2) Nondikass! [Non-dee-kass]
A true rather non-offensive classic. The origin of this gem is also not completely clear. The most common explanation is that it comes from the French "nom de dieu." Usually used as an exclamation, "nondikass" means something like "damn."

3) Ech hunn de Kéis! [Urch-hun-duh-kayz]
Literally: I have the cheese! No, you don't say this to your loved one while grocery shopping. Unless you're fed up that is, as it means "I've had enough!"

4) Leck d'Kaz do wou se keng Buuschten huet! [Leck katz doh vo za keng Booshten hu-et]
Sadly not used a lot anymore. Literally translates into "lick the cat where it doesn't have any hair." We'll let you figure that one out on your own. Raging? Throw in the "Eefalt!" ("idiot").

5) Kuff d'Schmull. [Koof tschmooel]
If you want someone to shut up, go for this one. The expression originated in “Jéinesch,” a dialect that was spoken in Luxembourg a long time ago. Another insult that has survived is "Klont," a derogatory word for a woman. A synonym for "kuff d'Schmull" is "haal de Baack" ("hold your cheek").

6) Du bass huddel a fatz! [doo bass hoodal ah fahtz]
Do you get annoyed at people with hangovers? Throw this gem at them. Alternatively, if somebody is known to indulge in the occasional drink (read: binge), you could call them a "Krunneméck" ("sink fly").

7) Du Tutebatti! [Doo tootabatty]
This is how you could (should?) refer to someone who just won't stop talking. Not really a mean insult - this editor was called a Tutebatti countless times by his primary school teacher.

9) Du bass nach gréng hannert den Oueren! [doo bass nack greng hannat den O-o-wren]
"You're still green behind your ears." A beautiful metaphor for someone who is very naive or acts like a child.

10) Du bass sou gescheit wéi e Koup Kräsi! [doo bass so ge-shite vay eh cope crassy]
"You're as clever as a pile of pebble." Pretty self-explanatory. An easier one to remember would be "du bass domm wei Stréi" - you're as stupid as hay.

11) Vill Geschwätz a wéineg Fett mécht moer Zoppen [Fill Geschwatz a-veinish fat mucht more tzoppen]
A lot of verbiage without grease makes for meagre soups. Stun your interlocutor with this pearl if they keep rambling on despite not really having an in-depth understanding of a subject. A good alternative: "dat huet kee Kapp a kee Schwanz!" (literally: this has neither head nor tail [dat hoot key cap a key schwonz]) or "du schwätz Kabes" (you're speaking cabbage - [doo schwatz kabaz]).

12) Du kucks wéi eng Kou, déi an d'Baach pisst! [doo kooks vay eng coo, day an baaacchh pissed]
Your facial expression is like that of a cow peeing into a stream. You don't look too clever right now.

13) Du hues e Fuerz am Kapp. [doo who-es eh foo-etz am cap]
Well, we can't really make this one sound nicer than it is. Literally: you have a fart in your head. Use this Rabelaisian expression if someone has very unrealistic aspirations. You could also say "du hues eng Schrauf labber" (you have a screw loose [doo who-es eng schrowf labba]) or "du hues en Eck ewech" (you're missing a corner [doo who-es en ek eh-wesh]).

14) Du falschen Hond! [doo fal-shen hund]
You insincere dog! Still in use a lot. If a Luxembourgish person calls you a "falschen Hond," they probably feel very betrayed.

15) Virwëtztut! [fear-vitz-toot]
Not really offensive; this is something parents will call their children when they are too curious about something. A "Virwëtztut" is a bag of sweets with a hidden surprise.

16) Ënner aller Klarinett! [Enna alla Clarinet]
Literally: this is below all clarinet! Hurl this expression if someone does something very low.

17) Rutsch mer de Bockel erof! [Rutshhhh machhh de Bockel err roof]
Slide down my hump! Go for this one when you're angry and want someone to get lost.

20) Du hues vun tuten a blose keng Anung! [doo who-es fun too-ten a blow-zen keng ah-nung]
Literally: you have no clue about tooting and whiffing! Usually used when somebody is incompetent.