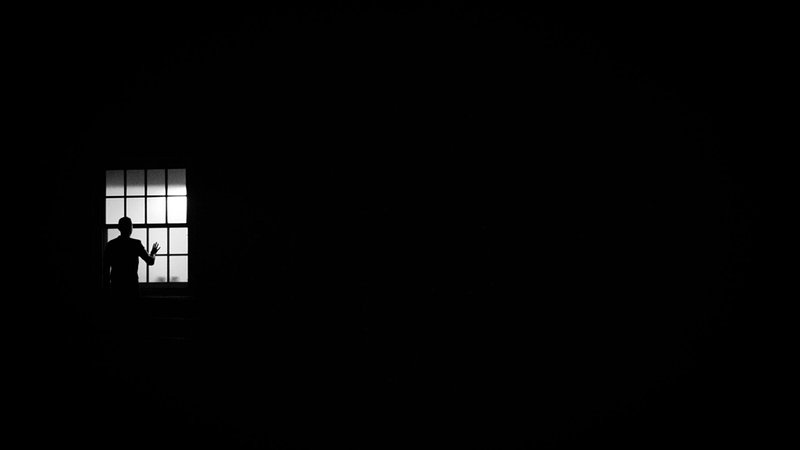 © Looking out the window by  Pexels / Jesse Yelin

Being a minister is not an easy job at the moment, and I certainly don't envy them, but the lack of clarity is becoming an issue.

Luxembourg's government was largely applauded for their clear and efficient response to what was then called "the novel coronavirus" as the first wave of infections hit Europe, and Luxembourg.

While the government and ministers still enjoy solid support, people's assessment of their handling of the pandemic has waned. If you ask me, that was essentially unavoidable - with the pandemic dragging on for month after month, it seems inevitable that people would grow tired of having restrictions imposed on them. However, the duration of the pandemic is not the only thing that is to blame.

Two of the most common critiques I have seen of the government are that they 'wait and follow what our neighbours are doing', and that they don't communicate with sufficient clarity the basis of their decisions. To varying degrees, I think there is something to this - and it seems curious that lessons have not been drawn throughout the pandemic to improve communication.

Luxembourg is not alone

As London and large past of southeast England have entered a tier 4 lockdown, London mayor Sadiq Khan said on the BBC:

"This 11th-hour announcement is a bitter blow for families who were looking forward to spending times with their families, to businesses who has planned for a decent few days, particularly in the retail sector because of the awful year they've had. It's the chop-change, stop-start, that's led to so much anguish, despair, sadness and disappointment and I'm afraid it makes it really difficult for people like me to ask people to listen to us when we keep on changing our minds."

This problem is, I think, worse in the UK than it is here. The government there had previously talked of a 5-day Christmas 'bubble' in which up to three families would be allowed to come together to celebrate. This is now being rolled back just days before Christmas, which will doubtless come as a shock for many. I also imagine a lot of food will go to waste, but that's a different matter.

The fundamental issue here, however, is unclear communication. The UK government didn't communicate with sufficient clarity the caveats to the bubble proposition: if X happens then we'll do Y. And that is a problem we're also seeing in Luxembourg.

In November, as the government were considering implementing new restrictions, they referred to a very specific number: 500 cases per day. They even waited an additional week following their first press briefing on the matter to see if Luxembourg might drop below a 500-cases-per-day average, with the implication being that if we did, we wouldn't need new measures, or perhaps they'd be softer.

It wasn't really clear what the outcome of dropping below 500 cases would be, and in either case we stayed solidly above that average, and new restrictions were put in place. Not long thereafter, the measures were added to and the end date extended for another month.

What is confusing a lot of people now is that the number of cases is going down, yet new restrictions are being discussed. Here's what the numbers look like for a few recent weeks:

This week's data isn't complete yet, but if we look at the numbers reported Monday through Saturday we land at 2,348 cases, or 391/day. So with the exception of 30/11-6/12, we've seen a decrease every week, and a considerable drop this past week.

Looking at that alone, and remembering the 500-number that the government relied on just a month ago, you might expect this to be cause for celebration. But that's not what we're seeing from the government.

Luxembourg: We won't lock down. Well, maybe we will.. but we won't. Except..

As protesters are increasingly taking to the streets in Luxembourg, what we are hearing from the government is that another lockdown seems to be likely. On Thursday of this week, Minister of Health Paulette Lenert didn't mince her words as she warned that a full lockdown is looking increasingly likely - though again we heard the by now familiar refrain that they will 'wait until the end of the week' before making a decision.

She's not alone in communicating this. Prime Minister Xavier Bettel has also said that 'there are several options on the table,' with a hard lockdown being one of them. The ministry of education has apparently also said that schools and pupils should "prepare for digital learning."

I'm all for the government responding in whatever way they, based on advise of experts, deem most prudent for the overall health and safety of our population. But these sort of statements mean absolutely nothing - they provide no clarity, but instead add to the currently high levels of confusion and frustration. If 500 was the number that mattered just weeks ago, why is the situation now looking more dire - indeed so dire that more drastic action is required?

The answer to this, I suspect, is another factor that they have, in fairness, also emphasises repeatedly in the past: hospitalisation rates. AMMD (the association of doctors and dentists) said yesterday that stricter measures are needed, as hospitalisation are too high. Given the high rates we have seen over recent weeks, I don't think anyone will be surprised to hear that staff are exhausted, nor do I think many would complain if told that a lockdown is needed to help our frontline healthcare workers. I would also imagine that they're worried about a spike in cases after the holidays, as we saw in North America following Thanksgiving.

If we expect people to flout the rules, which I for one very much expect that many will, over the Christmas period, then a spike in cases seems all but inevitable. A so-called 'circuit-breaker' lockdown may thus be precisely what the doctor ordered, but why wait to the last possible moment to announce it? As we have seen, this approach was anything but welcome in England, and for good reason.

Let's look at schools again, for example. We saw 890 infections in schools in the period between 7-13 December. With families inevitably mixing over the holiday period, I will gladly eat my hat, socks, and brand new scarf if this number goes any direction but up following the holiday. I would also be happy to place a bet on schools relying on remote learning for a week or two early next year, as has been suggested may be the case. That's probably a very sensible approach.

The problem is in the word "may." We simply don't know, and that's causing understandable frustration. While the ministry has said that parents and teachers should prepare for the eventuality of this happening, this by necessity also implies that they should prepare for the eventuality that schools may return as normal. That's two sets of preparations to be made in terms of teaching materials, school transport, child care.. You get the picture. Indeed, the teachers' unions have said that they have not been given any further information, and are unaware of how classes will be held after the holidays.

Making the decision that, for example, schooling will be virtual for two weeks following the end of the holidays may be an unpopular decision. I understand that, and I understand why you would try to avoid it. But what I also understand is that making the decision in the days before schools return will be far more unpopular. Better to make the call now, if you ask me.

This is something I stand by regardless of who is in power, and which country we're looking at: opposition politicians are generally full of great ideas that they don't have when they're in power. They have a tendency to make difficult problems look easy. "If we were in power, we would have handled situation X far better."

That's the easiest argument in the world to make, because there are no possible negative outcomes. You will never be in the situation where the statement is put to the test, so the stakes are extremely low. I will say, however, that I agree with CSV MP Martine Hansen's recent comment that the government should be frank with citizens and parliament about a potential lockdown, and clearer on the exact criteria used to make this decision.

It's not just about schools. Businesses will also benefit from knowing as soon as possible if a lockdown is coming, so that they can make appropriate preparations. As will ordinary citizens.

I don't envy the task that our government has been handed, and overall I think they have handled the situation well - far better than many other countries, not least my native  Sweden, and the UK, where I lived before moving to Luxembourg. But communication needs to be clearer.

A lack of clarity can only lead to lessened adherence to the rules and the fuelling of conspiracies.