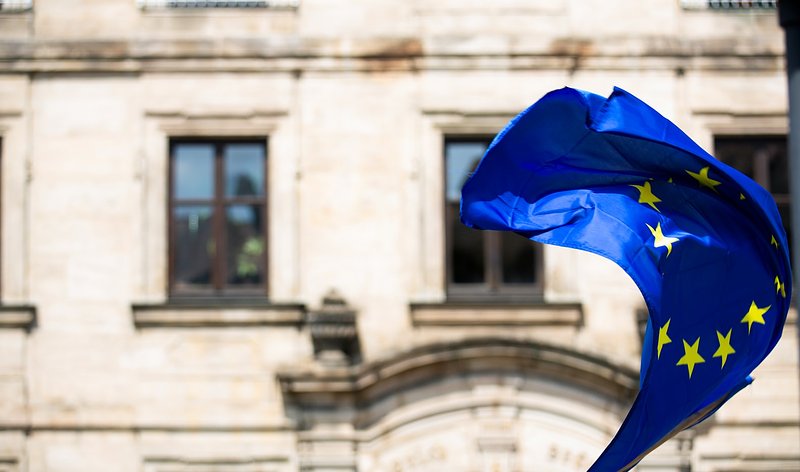 On Monday the European Union is celebrating "peace and union in Europe" and it so happens to be a public holiday here in the Grand Duchy as well.

Luxembourg is one of few European countries to actually celebrate Europe Day as a public holiday with 2019 marking the first time. Before that, the European Union set it as a public holiday for all their employees of the various EU institutions, but not for the individual countries since that is out of their power.

This year is especially important given the ongoing and unjustified Russian invasion in Ukraine. It is an important moment to reaffirm the European attachment to peace and to show unity and solidarity with the country and the Ukrainian citizens.

So let's start off with a very brief history of WHY we celebrate Europe Day.

On 9 May 1950 Luxembourg-born Robert Schuman, then French foreign minister, presented the Schuman declaration, a plan he developed together with Jean Monnet. The idea behind the plan was to unite the German and French coal and steel productions under one authority and therefore keeping peace.

The cooperation was a success and more European countries were encouraged to join, with Luxembourg among the firsts.

The European Coal and Steel Community was formally established in 1951 by signing the Treaty of Paris, creating the foundations of the European Union we know today.

In case you want to know more about Robert Schuman and the beginnings of the EU, I recommend clicking here.

WHERE is it celebrated and HOW?

In the majority of European countries Europe Day is acknowledged but most often not celebrated in a special manner.

Only a handful of countries actually celebrate Europe Day as a national holiday and it was only in 2019 that it was declared a public holiday in Luxembourg.

Next to the Grand Duchy it is also a public holiday in Kosovo. While the events can differ from year to year, there are annual activities that anyone can participate in. They range from sports tournaments, to fairs, to concerts and are organized all over the country. It is interesting to note that the people and public servants of Kosovo celebrate this day even though they have not yet secured a membership in the EU.

In Romania Europe Day coincides with their own national holiday, the State Independence Day.

Germany celebrates Europe Day as a "flag day", where the flags are ordered to be shown by federal decree.

In Croatia and Lithuania Europe Day is legally-recognised but no public holiday.

And last but not least the EU institutions where the celebration first started. Every year the institutions open their doors in Belgium, France and Luxembourg to the people, allowing them to visit the places where lawmakers and politicians are making their decisions.

Due to the corona pandemic in 2020 and 2021 the events had to be hosted virtually.

But this year the doors are opening up again: Brussels on 7 May, Strasbourg on 9 & 15 May, Luxembourg on May 9.

You can find more information here.

With the lifted restrictions concerning the Covid-19 pandemic, the events will be held on the physical premises again.

Several institutions will be opening their doors here as well: The virtual doors start 7 May and last until the 15th, whereas the physical door will be open on Monday 9 May, the day itself. Visitors can participate in activities both online or on the premises.

With Esch-sur-Alzette being the European Capital of Culture in 2022, the city also takes part in the festivities. From 10am onwards you can find EU institutions, embassies and many more information stands at the European Village, participate in the cultural program or learn more about the situation in Ukraine.

Wherever you are and whatever you decide to do, Happy Europe Day!