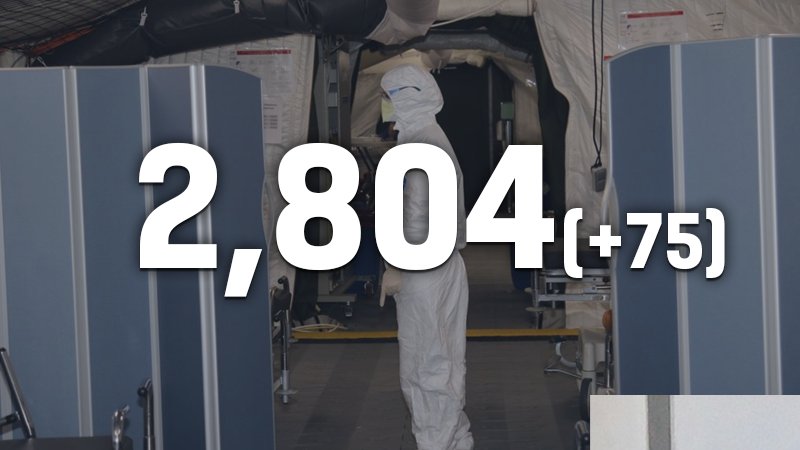 The government's latest figures show that 75 more cases of coronavirus have been recorded in the last 24 hours, bringing the total number up to 2,804. The death toll has increased by 5 to 36.

As of Sunday, 233 patients were in hospital, with 33 in intensive care. 241 patients have already been released from the hospital.

This means that there have been 853 new cases of the disease in the Grand Duchy this week, while 15 people have died.

117 new infections were confirmed on Saturday, while 125 were recorded in Prime Minister's Xavier Bettel press conference on Friday.

You can see how many cases have been confirmed each day since the outbreak in the second graph below, which we update immediately as new information comes in.