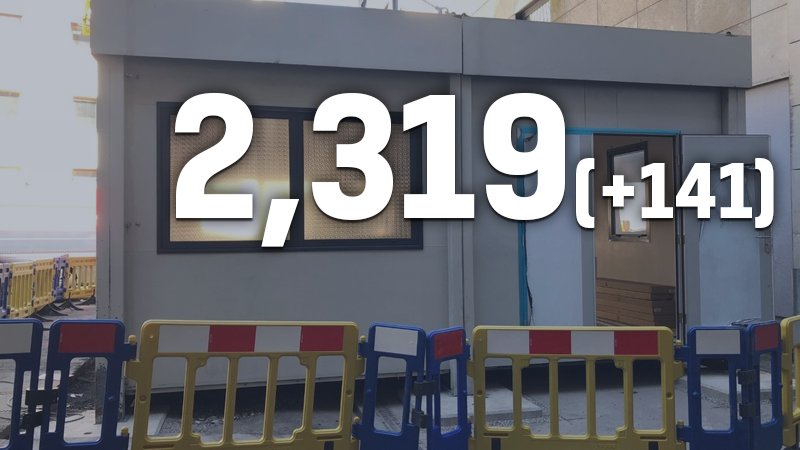 The new figures show another 141 confirmed coronavirus cases in the last 24 hours, leaving the total number of cases at 2,319. The number of deaths also increased by 6 to 29.

This follows Tuesday's update, which saw another 190 cases confirmed following a significant drop in new cases on Monday, with just 38 new confirmed cases. You can see how many cases have been confirmed each day since the outbreak in the second graph below, which we update immediately as new information comes in. Dr Philippe Wilmes of Robert Schuman hospitals told RTL that the peak in hospital admissions could be reached in the next two weeks.

Earlier today it was confirmed that schools in the Grand Duchy will remain closed until 4 May.