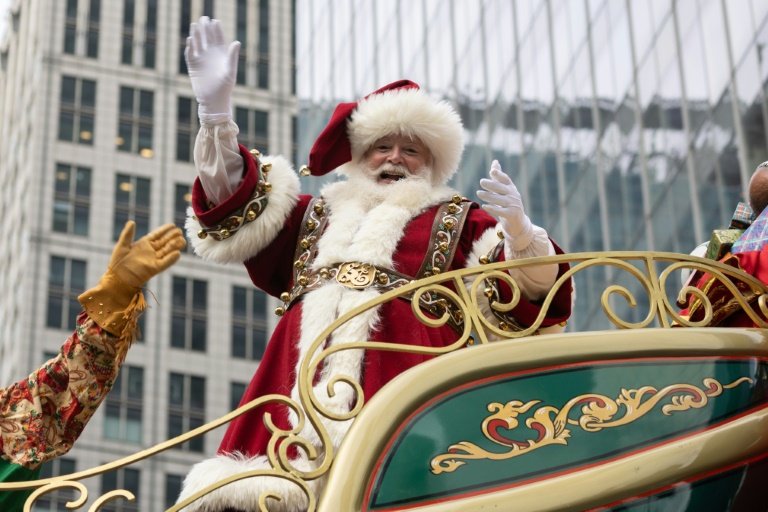 Despite Luxembourg's multicultural side, the Grand Duchy still has some distinct, beautiful Christmas traditions for everyone to enjoy!

The following article is an introduction to Luxembourgish festive customs for those of you who may not know much about it, in an attempt to preserve them and popularise them.

Kléeschen is the most important part of the Luxembourgish Christmas celebration. According to the legend, his follower, Houséker, is a sort of a folk ex-criminal, who in his pre-Kléeschen era tried to capture lost children and make sausages out of them. Upon the children's cry, Kléeschen came to save the situation and in order to punish the cold-blooded man, he made him his servant until the rest of his days.

The Kleeserchersdag (Saint Nicholas’ Day) is on the 6th of December and the primary schools (for children from six to eleven years of age) are closed on this special day. Children place their shoes on doorsteps the eve before (some even a few days in advance) in hopes Kléeschen will fill them with candy, chocolate and gifts. And that is the biggest difference between the commercialised and popularised Christmas customs and the Luxembourgish ones - children receive their most important gifts on the 6th not the 24th or 25th. Of course the two traditions are a little more merged now and children also receive gifts on the Christmas Eve. But they're smaller and consist mostly of clothes, which children do not look particularly forward to.

Kléeschen festivities often marks the time of buying and decorating the Christmas Tree (de Chrëschtbeemchen). You can read more about the Christmas myths here. If you're curious how the figure of Santa Claus originated in the first place, you can also find out more about it here.

The traditions surrounding the Christmas Eve (Hellegerowend) vary across the Duchy and depend mostly on the personal preferences of the family. There are a lot of influences from all across the Europe, pre-dominantly French, Italian and German food and customs. You can find a roast, foie gras and truffle pasta on the same table. If you'd like to find out more on how Christmas is celebrated around Europe, make sure to check out this article.

Most people start off with an "apéro" for family and friends before the central point of the night, the Christmas dinner. This takes place on the eve of the 24th of December. Some people also go to a mass around midnight.

On the 25th there is a big (boozy) lunch and/or dinner - eating lasts basically the whole day. So make sure you make your Luxembourgish neighbours give you a taste of a Stollen - a traditional Christmas fruit cake with marzipan. For any Chrëschtfeier it's an absolute must-have! Traditionally another Christmas must-have used to be the "Träipen mat Gromperenzalot" which translates to black pudding, accompanies by a classic potato salad. The modern version of the dish is more of a hare stew, or any other meat or vegetable stew of choice.

The most exciting part of the Luxembourgish Christmas is our famous Christmas market (de Chrëschtmaart), present in several locations across Luxembourg City and a bunch located in bigger cities across the entire Duchy, such as Esch-sur-Alzette. This is your spot for Gromperekichelcher, Glühwäin (mulled wine) and Jean La Gauffre churros.

Christmas market includes over 100 chalets selling a wide variety of food, toys, gifts, arts and crafts, and many surprises each year. The main Christmas market is at Place d'Armes, but you can find numerous chalets at Place de Constitution (the Golden Lady) and at Place de Guillaume. The ferris wheel, ice-skating, concerts and other events also accompany the market's festivities.

This year's Christmas market in Luxembourg City will begin on the 18th of November 2022 and will end on the 1st January 2023. The opening hours are from 11 am to 9 pm from Sunday to Thursday, and 10 pm on Friday and Saturday.

Nonetheless, the oldest Christmas market is in Diekirch and it has been gathering families since 1977. It's open from the 2nd December until 22nd. In Dudelange, there is also a medieval Christmas market with over forty chalets, so if you're the type of guy to celebrate Christmas in a tavern, you should definitely check it out. You can find more information about this year's Christmas markets here.

Winterlights is a light festival that takes place around the same time. The festival's aim is to decorate the entire city with beautiful Christmas lights and give us all an extra drop of winter celebration.

Here are some pictures from this year's opening day:

Official opening of Luxembourg City Christmas Markets 2022
© Danielle Streff a Lucien Koneczny
The photos published on this site are subject to copyright and may not be copied, modified, or sold without the prior permission of the owner of the site in question.

Once in a while an opportunity to celebrate Christmas with real-life Luxembourgers shows itself and in such a case (especially if you don't have other plans) it is an offer one cannot refuse.

So if you ever receive such an invitation, don't shy away and have a first-hand witness account on what Christmas in Luxembourg really looks like. As our population is so diverse, there are not two same Christmas celebrations in the Duchy, so the chances are that special Chrëschtfeier will be the most original one so far and one to remember.

These are some of the phrases worth knowing for such a treat:

Last but not least, an important national Christmas tradition, namely Christmas shopping, is also an essential around this time of year. You can find out some useful information on how to go about it here.