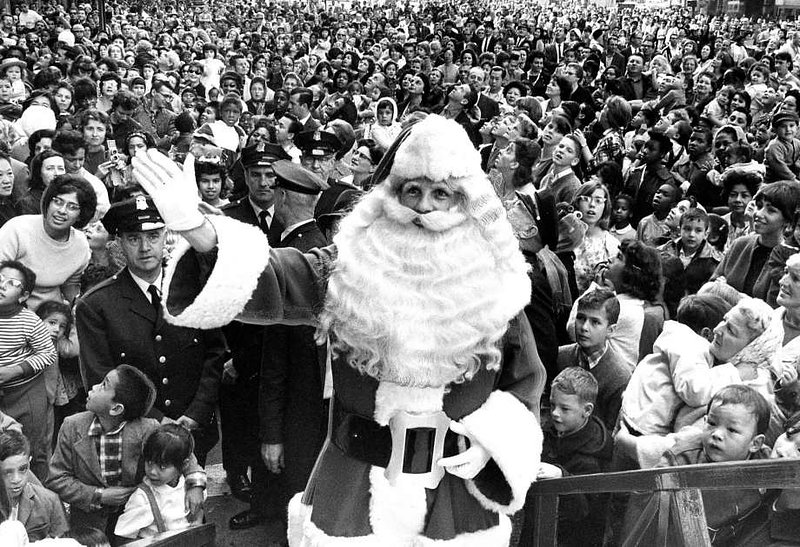 Everyone knows that on modern-day Christmas, Christians (and some non-Christians) celebrate the birth of Jesus Christ. Both religious and secular traditions have caught on over time, such as decorating the Christmas tree, exchanging gifts, and Santa Claus.

In this Knowledge Bite, we will explore the origins of Christmas and Santa, dive into how Christmas traditions came to be, and look at how Santa was used in wartime propaganda in the 19th century…

Christmas was celebrated long before Jesus was (allegedly) born, as Europeans celebrated the arrival of light on the winter solstice. They could now enjoy longer days and more sunlight, as the darkest time of year was finally over.

Generally, the middle of winter was considered an optimal period for celebration. Not only were wine and beer ready for drinking after long production processes, but also did most Europeans have a supply of fresh meat from slaughtering cattle they couldn’t feed during the winter.

While Germans celebrated the pagan god Oden (of whom they were absolutely terrified and remained inside to hide from his danger) and Scandinavians feasted until their yule log burned out, Romans celebrated Saturnalia during which they honoured the god of agriculture Saturn. December 25th was not celebrated until the fifth century, when Pope Julius I chose the date and absorbed the Saturnalian traditions into the Feast of the Nativity. This custom then spread over the next four centuries, to Egypt, England and northern Europe.

Americans disregarded Christmas until the nineteenth century, a period of social conflict as gang rioting and unemployment was high. Washington Irving, a best-selling author, wrote a collection of stories about English Christmas celebrations and how upper and lower classes mingled peacefully in a time of warm-hearted sharing and caring. With this story, Irving’s collection hoped to inspire the conflicting classes of the US to rekindle. In fact, he invented most of his stories as he himself had never attended any holiday celebration of this kind, hence inventing tradition that would shape American Christmas.

Another author that perhaps is more notorious amongst us is Charles Dickens, author of ‘A Christmas Carol’. Dickens, too, hoped to send across a message of charity and good deeds to Victorian England.

Christmas thus became a holiday of charity and family time, where children would be spoiled with gifts and attention as they awaited Santa Claus with their families. 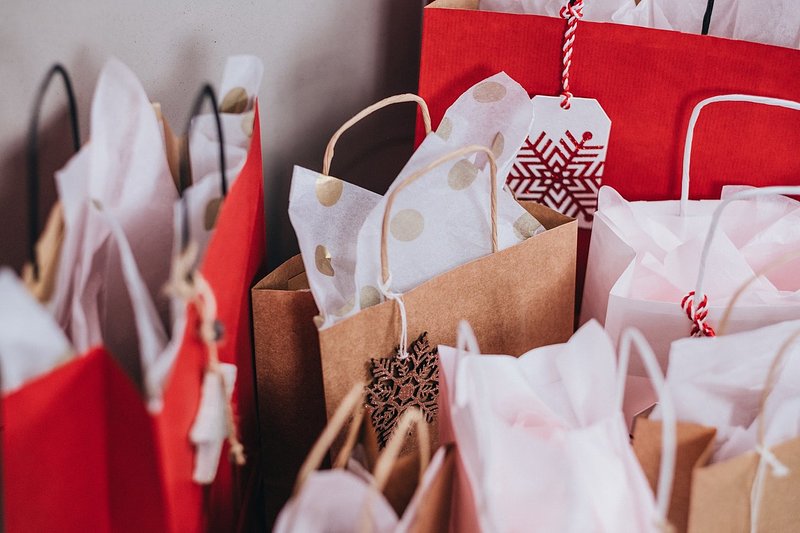 Historians have tracked the origins of Santa’s legend back to a monk named St. Nicholas. He became known as the patron saint of children as he donated his belongings and devoted his life to helping the poor and ill. He is still celebrated today on December 6th, his death anniversary, in the Benelux countries. His popularity spread across the world in the eighteenth century as the Dutch became more prevalent in the States.

Sinter Klaas gradually developed into Saint Nick, Santa, Kris Kringle… you name it! The idea of spoiling kids with gifts then took on a more commercial meaning, as Christmas shopping and Santa started being advertised in the early nineteenth century. Salvation Army Santas (the ones ringing bells on sidewalks in American films) were unemployed men dressed up as Santa that sought donations to maintain the free Christmas meals provided by the Salvation Army. Popular literature gave him the iconic red suit and white beard, as depicted by American poet Clement C. Moore, later immortalised in Christmas songs. 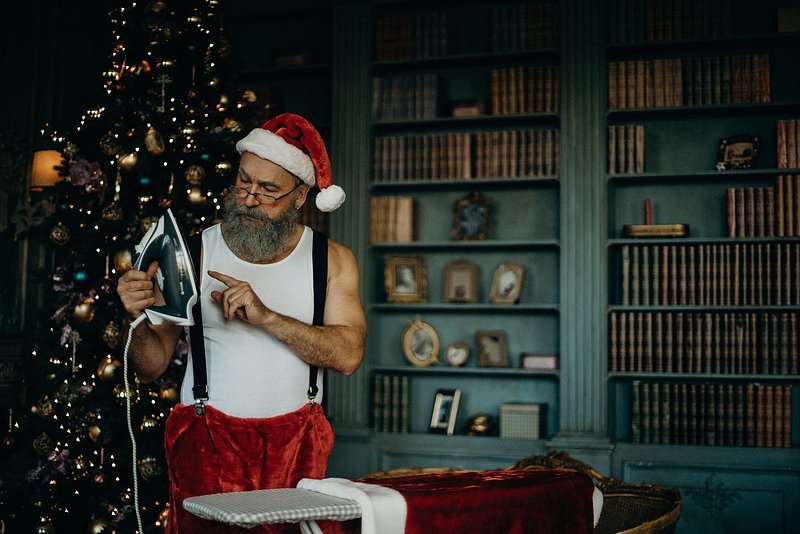 Similar gift-giving figures are found around the world. The Germans and Swiss celebrate the Christkind, an angel-like figure that would give presents to those who behaved well. Similarly, the Scandinavians await St. Lucia and Jultomten, the English Father Christmas, the French Père Noël, the Russians Babouschka, and the Italians La Befana.

While Clement C. Moore gave Santa popularity in “A Visit from St. Nicholas”, it is said that the American Civil War that produced his popular image.

Thomas Nast, a political cartoonist, illustrated Santa Claus for the Harper’s Weekly magazine cover of January 1863. Nast drew from his childhood memories of the German celebrations of Saint Nicholas (he emigrated from Germany when he was six) into the above cartoon.

He ditches the red outfit for a more patriotic image, as Santa wears a blue coat with white stars and red-and-white striped pants. In the cartoon, he is giving away presents for the soldiers, while mocking the Confederate president Jefferson Davis using a puppet, tied with a string around his neck.

In World War One, posters showing Santa with Uncle Sam emerged to strengthen wartime morale. Overall, it was a smart attempt to deploy Santa to help with the war effort, but also to picture the wars as a conflict between evil and good, with Santa helping the ‘nice’ and fighting the ‘naughty’.