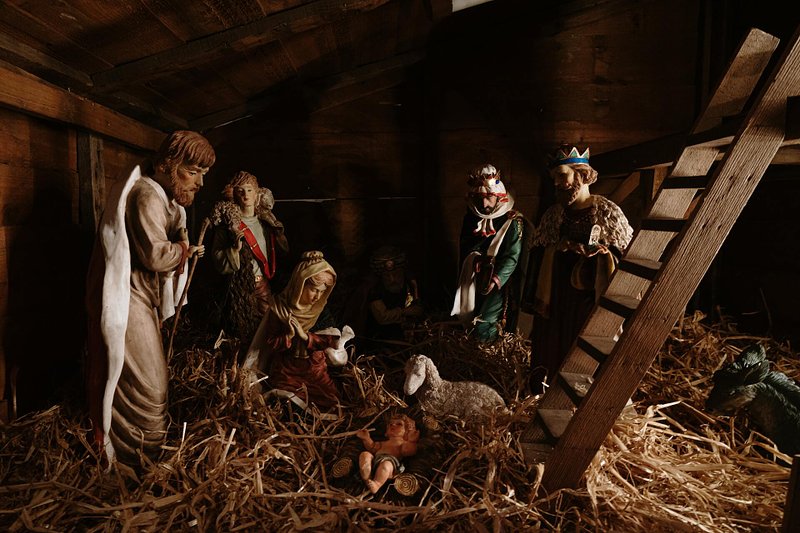 It's the most magical time of the year... but nobody can agree quite how to celebrate it. Here's an overview of some of Europe's unique and quirky Christmas traditions.

Starting with the Grand Duchy, which has a whole host of its own unique Christmas characters. In brief, a Luxembourgish Christmas is centred around Roman Catholic traditions, with the majority of Luxembourgers still subscribing to this religion.

Accordingly, Christmas starts with practising Christians attending Metten - midnight mass, on 24 December. Nativity plays (Krëppespiller) are also another fixture of the season, taking place in communities around the country.

But Luxembourg also has its own cast of folkloric Christmas characters, such as De Kleeschen (Saint Nicholas) and the mischievous Den Housecker. These characters really deserve their own article, and we've only gone and written one right here.

In predominantly Catholic Spain, people also go to midnight mass. However, unlike in Luxembourg, there's no Saint Nicholas. Instead, the Reyes Magos (Three Kings or Three Wise Men) bring gifts to well-behaved children at Christmas.

Traditionally, kids must wait all the way through to 5 January for their presents, however. This is when cabalgatas (parades) of the Three Wise Men occur throughout Spain. The Three Kings - Melchior, Gaspar, and Baltazar - throw sweets for the kids from their floats. When the family gets home, children leave their shoes out for the Kings to leave gifts in them while they sleep. 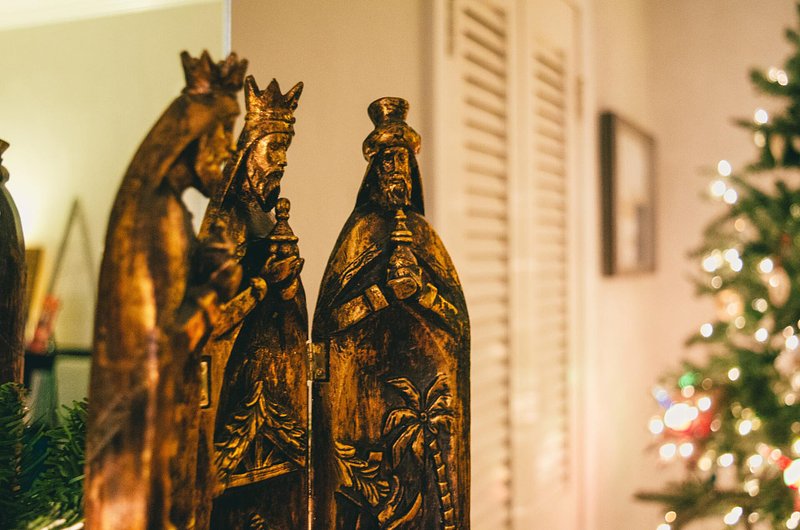 Another festive period tradition, albeit linked to New Year's Eve rather than Christmas, is the practice of las doce uvas de la suerte (twelve sweet grapes of luck). Spaniards gobble down one grape per bell as the clock strikes midnight on 31 December. It is believed eating the grapes leads to prosperity in the year ahead, and may ward off witches and evil.

Traditions vary by region. In colder, mountainous areas of Sardinia, for instance, a special log (su truncu e’ xena) is lit on Christmas Eve and then the fire is kept alight continuously until 6 January, signifying the warmth and comfort of the hearth as the centre of the home.

As another predominantly Catholic country, Christmas is a big deal in Italy and gets underway well before Christmas Day. On 8 December Italians celebrate the Immaculate Conception (a Catholic belief that the Virgin Mary was free from original sin at the moment of her conception) with an all-out festival. Decorations come out and festivities commence with the firing of a cannon from Rome's Castel Sant'Angelo. 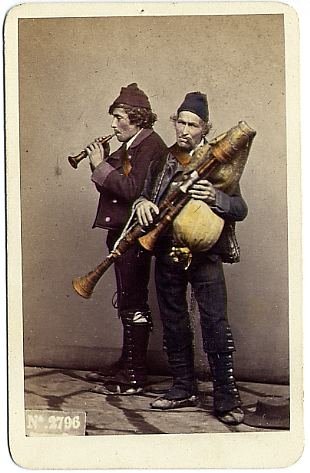 In my home country there is nothing more quintessentially Christmassy than the Great British panto, or pantomime. A panto is a slapstick theatrical production with exaggerated characters and silly humour, based on a traditional fairy tale or popular children's story such as Cinderella or Peter Pan.

It often features men dressed in drag (women's clothing), who play the role of the pantomime dame. A panto isn't a panto without a comedy villain, too, who sneaks up behind the main character, with children excitedly helping out by shouting to the hero "he's behind you!". 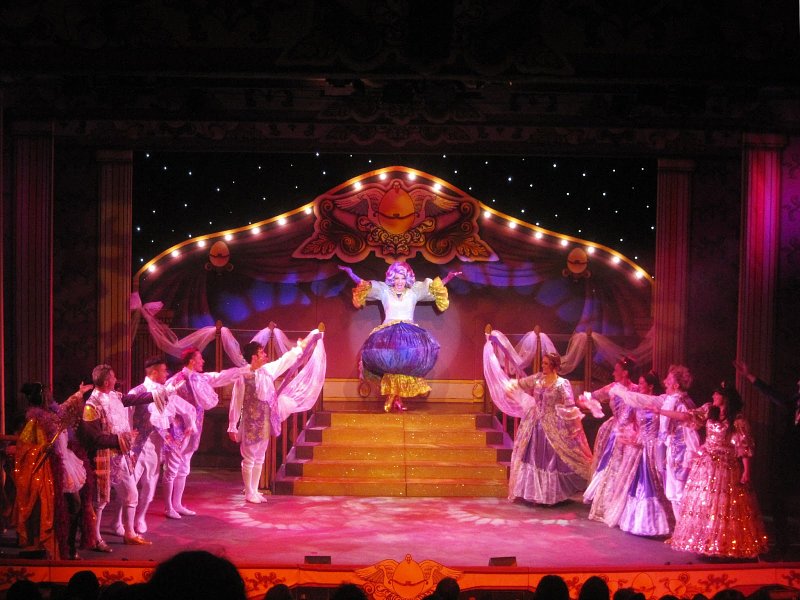 A man dressed in drag (centre) is the star of the Christmas panto. /

As for Christmas Eve, while the actively religious may still go to church, you can find many Brits down the pub, sharing one last pint with their mates before Christmas Day proper is celebrated with their families.

On Christmas Day, again practices may vary. One mainstay of the meal, though, is a fruity and boozy Christmas pudding. Traditionally, a silver sixpence (old-fashioned coin) is put inside the pudding mix, with every family member giving it a stir. The lucky person who finds the coin inside their pudding on Christmas Day is granted good luck and wealth for the following year.

At the heart of a Polish Christmas is good food, shared with the family on Wigilia (Christmas Eve). A traditional Christmas Eve dinner consists of 12 dishes, cooked only once a year for this special family meal. Each dish represents one of the 12 apostles, as well as one of the months of the year. The dishes vary slightly by region, but invariably include barszcz with uszka (beetroot soup with mushroom ravioli), carp, herring (meat is avoided on Wigilia), and traditional Polish dumplings known as pierogi.

It's customary to set an extra place at the table, for any unexpected guest or itinerant traveller who may be wandering by and need a meal for the night. Additionally, nothing is eaten until special Christmas wafers (opłatek) are broken and wishes exchanged for everyone's health and prosperity. 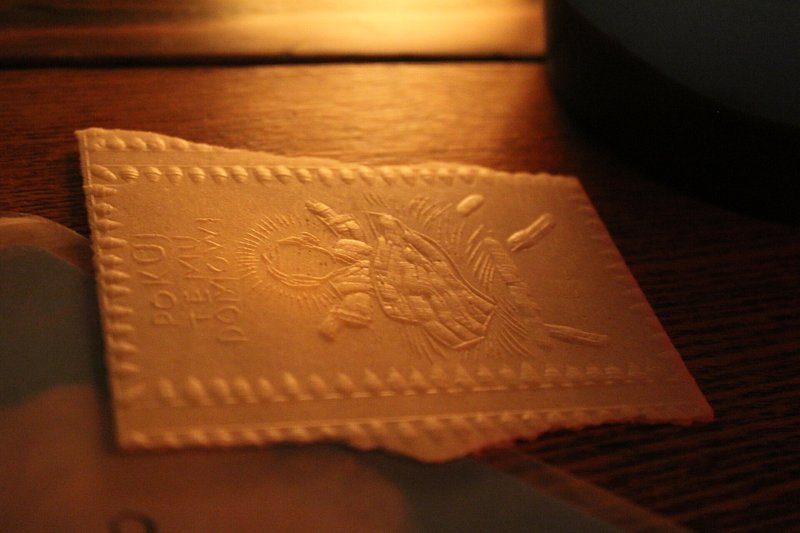 The meal often ends with a Christmas cake known as makowiec, which is made from poppy seeds. According to tradition, the tiny poppy seed symbolises prosperity and is therefore an essential component of the feast of Wigilia.

This article has provided a brief snapshot of some of the myriad Christmas traditions practised across Europe. You could write a book (or multiple) on the many ways the holiday is celebrated across the continent.

It would be great to hear how you celebrate Christmas and whether that's unique to your family, region or home country. In today's multi-cultural, multi-ethnic Europe many people who don't come from Christian backgrounds also mark the holiday. Whatever your background, I'd love to hear how (or whether) you've adapted Christmas traditions in your household.

Leave a comment below or on RTL Today's social media channels, or email me via audience@rtltoday.lu.