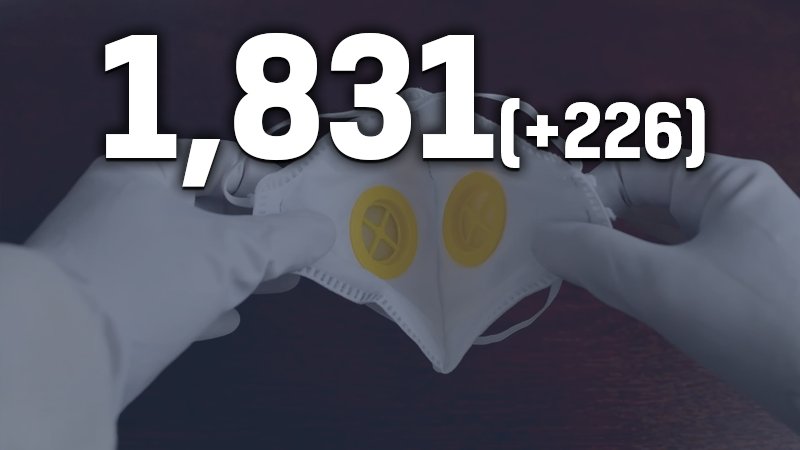 The government's latest figures on the coronavirus epidemic show that another 226 people in Luxembourg have contracted the new disease in the last 24 hours, leaving the total number of cases at 1,831. Meanwhile, deaths have climbed a further 3 from 15 to 18.

This marks the second-largest day-on-day increase of cases in Luxembourg, narrowly behind Wednesday's rise of 234.

Authorities reported 152 new cases on Friday, 120 on Thursday, and 234 on Wednesday, while 224 new cases were confirmed on Tuesday, and 77 on Monday.

The topsy-turvy nature of the latest figures makes it hard to infer whether the situation in the Grand Duchy is improving or deteriorating.

Although the number of confirmed cases per capita in Luxembourg still far outpaces any other European country, including both Spain and Italy, this is probably due to a much higher rate of testing, as we have previously covered.

No new information on the profiles of the deceased or on the number of recoveries have been released.

Yesterday, Minister of Health Paulette Lenert said that the average age of people who have died from coronavirus in Luxembourg is 80, while the youngest person to pass away was 56 years old, and one casualty had been transferred in from Mulhouse.  In total 40 people have recovered from the new disease, and 25 people are in intensive care.

This latest update comes on a day when the global number of confirmed cases of coronavirus (620,000+) outpaced Luxembourg's total population.