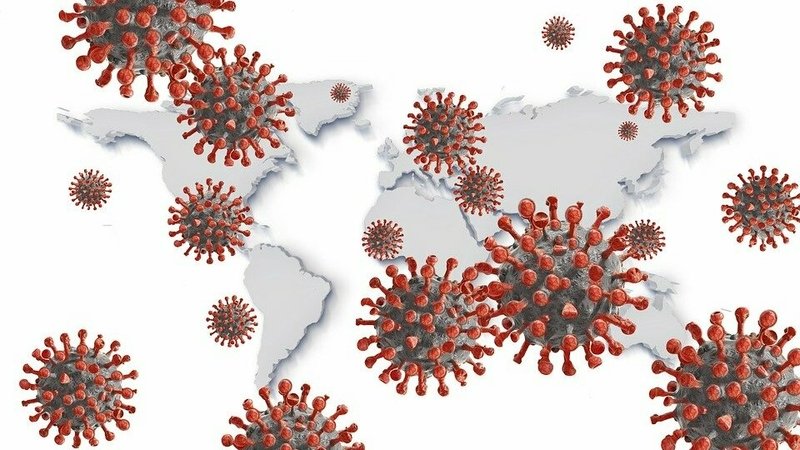 We have run some comparisons on tests per capita and the frequency of positive tests. So how does Luxembourg compare, and what does it mean?

Yesterday we published an article which looked at the development of coronavirus cases in Luxembourg. In that article, one thing we noted was that one shouldn't just look at the number of confirmed cases and draw conclusions based on that.

In particular, we warned that looking at international comparisons is rather difficult - while Luxembourg may have a relatively high rate of infection, that number on its own doesn't really mean much. One also has to take into consideration how many tests are carried out per capita, and what limitations various governments have in place in terms of who can and will be tested.

We didn't go into any international comparisons because, as we noted in the above article, we would need to know how many tests are carried out and what the criteria are for testing.

As it happens, we have since received a broad answer to the first of those two questions, as Dr Thomas Dentzer of the department of health confirmed how many tests have been carried out in Luxembourg both in total and on a daily basis. This which allows us to do some additional analysis.

Before we look at the data..

Much like yesterday's article, we need to start this one with a note on the data. Several notes, in fact.

First of all, you can find all of the data sources used for these charts at the end of the article.

Second, while we tried only to include countries with comparable and up-to-date data (which really limited the countries we could include - while there is a lot of data out there, much if it is several days old and/or incomplete), we did make two exceptions. The first is for Iceland, where we couldn't find official confirmation on how many tests are currently being done on a daily basis. Instead, we took the number of tests done each of the last 7 days leading up to 23 March, and divided by 7. The second is for France, which we only include in one chart as we couldn't locate accurate all-time testing data. Their daily data is also from an article published by Agence France Presse, so the accuracy may not be as high as for all other countries sampled.

Third and finally, even with all of these caveats, the data set is limited, and should be treated as such. Now, let's get to it!

The first thing we can do with the new data is look at how many tests have been done, to date, per 10,000 people. We selected a few countries with reliable data sources for this, and unsurprisingly (again, see yesterday's article) found that Luxembourg has a comparatively high rate of testing. This is in line with what has been said by, among others, Dr Dentzer, Xavier Bettel, and Paulette Lenert.

Another thing we can do - and for this comparison we are including France - is look at how many tests are carried out per day. This is something that is changing rapidly, as we can see by looking at Luxembourg's data.

If we consider that Luxembourg's first case was confirmed on 29 February, and assume that testing started at least two days before then, that means that 8,000 tests were done in 27 days (and likely testing started before 29 February), which gives us an average of about 296 tests per day - but we know that Luxembourg was doing 750 tests per day on 20 March, and is now doing 1,500 or so. In other words, the number of tests done daily is increasing, so that has to be kept in mind.

Now, looking at the most recent data available for the selected countries, the data show that Luxembourg is testing at a higher rate per capita than any of the other countries for which we could find reliable data. Do note that this doesn't mean we test the most globally - Dr Lentzer suggested we are in the top-5.

The final thing we've looked at is what percent of tests yielded a positive result. Again, one has to keep in mind here that this figure will of course be impacted by factors beyond how many unconfirmed cases there are in a given country, notably what their criteria are for prescribing a test.

For the second (purple) Luxembourg column, we assumed that - as noted by Dr Lentzer - 1,500 tests had been done, and that this resulted in 224 positive cases. What's interesting is that the percentage of positive results was quite similar to the overall percentage in Luxembourg, indicating that the increase in total confirmed cases is likely largely due to a higher testing frequency - though there is about a 1.2 percentage point difference that can't be explained by testing frequency. This is quite minor, however, and further analysis (and more data) would be needed to confirm if it has any statistical significance.