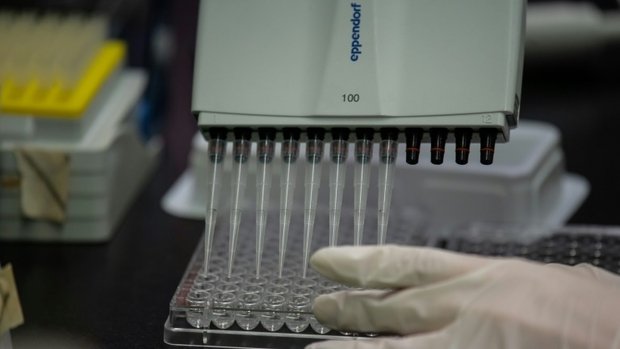 According to figures released on Monday, more than 8,000 tests for coronavirus have been carried out in Luxembourg.

Doctor Thomas Dentzer, virologist at the Department of Health, explained that Luxembourg performs a lot of tests compared to other countries: around 1,500 per day, with fewer patients tested on weekends.

So far, more than 1% of the population has been tested, which places the Grand Duchy in the top 5 of the countries that perform the most detection tests.

The number of tests carried out will now also be communicated by the Health Department in order to be able to get a more complete picture of the situation.

The latest figures on the evolution of the situation in the Grand Duchy are announced on a daily basis after 5.30pm. The figures compile data from three private laboratories, the National Health Laboratory and hospitals.

Tests are carried out on patients who have symptoms - fever and cough, for example - whether they are vulnerable or not. If someone is not sick and therefore has no symptoms, they are not tested.

Most of the time, the result of a test is available the same day.