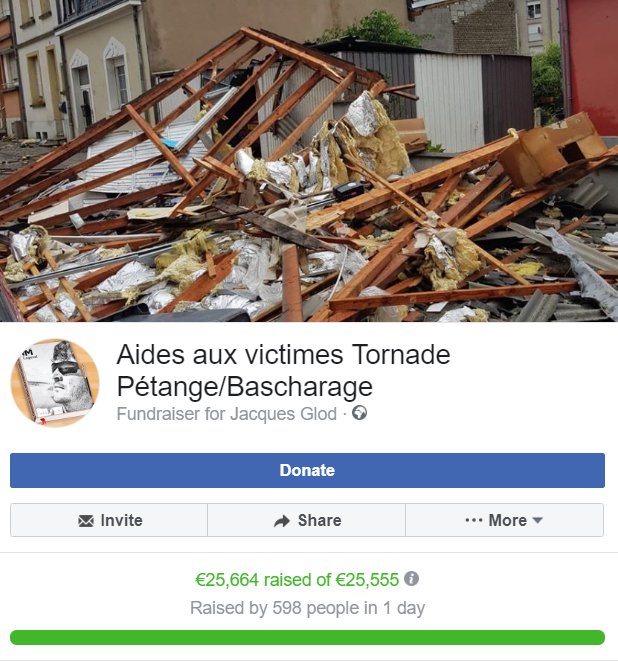 Overwhelming support is coming from around the country for the local community affected by Friday's tornado.

A fundraiser initiated by Jacques Glod on Facebook has raised over €54,000 in two days. The tornado that ravashed southern Luxembourg Friday night damaged over 160 homes, injuring 19 people, of which one person critically. Countless social media users are taking in people that have lost their homes, offering their apartments, homes and studios as temporary accommodation.

How the funds will be spent at this stage is unclear, but Glod writes that he will work closely with the local municipality to see which areas or people require attention first.

In another act of solidarity, the Bascharage-based "An der Brauerei" brasserie is offering free meals to those affected by the tornado, and to the rescue services that have stepped up to help.