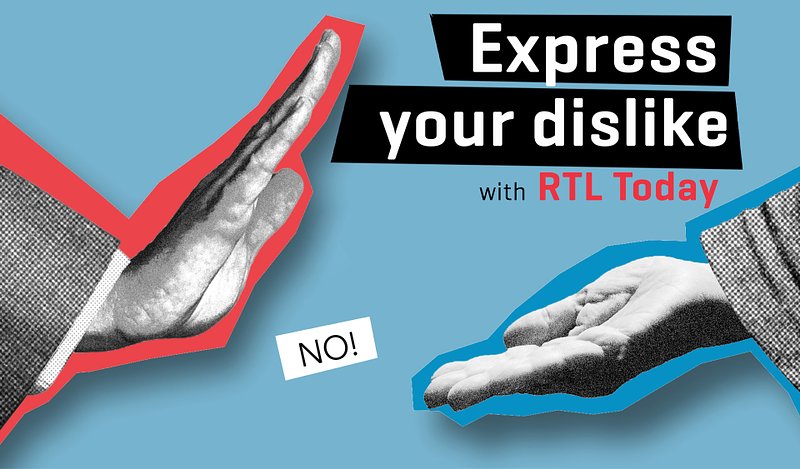 Not in the mood for an upbeat language lesson? Perfect, because today it's all about what we don't like or just plain disapprove of!

Hello and häerzlech wëllkomm to yet another Luxembourgish Lesson! In our last lesson, we talked about what we like and appreciate in our lives, and we all had a wonderful time (presumably). However, we can't teach you how to say that you like something without then also teaching you how to do the opposite: That's right, it's time for a rather grumpy lesson as we discover how to express dislike, disapproval, and even hatred in Luxembourgish.

But it's not all negativity and complaining today! We also have another Language Basics article for you to check out, a deep dive into the *very* riveting topic of grammatical cases.

Saying That You Dislike Something

Knowing this, saying that we dislike something becomes quite easy as we simply have to negate the sentence. To do this, we use the equivalent of the English "not": net

We don't like queuing -> Mir stinn net gär an der Schlaang (literally: "We don't like standing in the queue")

Good to know: In Luxembourgish, the word for "snake" and "queue" is the same: Schlaang.

We should also point out that there is no direct translation for the verb "to dislike" – but there are some other ways that you can express your disapproval and we'll get to those shortly.

You may also remember that we learned a second way to express approval in the last lesson, namely by using the verb gefalen ("to please")

If we use gefalen in the Present tense, the net always comes at the end of the sentence. Let's look at some more examples to illustrate the concept:

We don't like this couch -> Dës Couche gefält eis net

Saying That You Hate Something

In contrast to the verb "to love" Luxembourgish actually has a direct equivalent for the verb "to hate": haassen. It is a regular verb and you can translate it directly from English:

I hate that -> Ech haassen dat

Similar to English, we should keep in mind that "to hate" is quite a strong feeling and we should avoid using it excessively.

This is awful -> Dat ass fuerchtbar

What a load of rubbish -> Wat fir ee Blödsinn