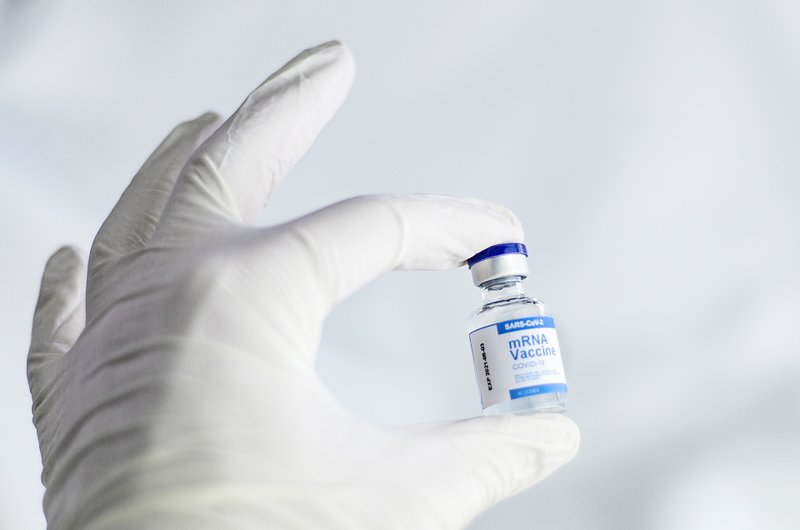 More and more people are getting their jabs and the government is doing its best to convince the sceptics. Some of us, however, are more than willing, but still have to wait because of our age. Thoughts from someone at the end of the vaccine queue.

This piece is in some way an addendum to a previous text by my colleague Martin – if you have not read that one yet, I highly recommend that you do so. In short, Martin wrote about his experience signing up on the waiting list for the AstraZeneca vaccine and how the time has now come for us pro-vaxxers to "put our money where our mouths are".

While thinking about topics for this piece, I quickly realised that there is something that has been on my mind for quite some time. Something that I feel needs to be put into words.

I am 24 years old and thus part of the social group commonly referred to as "young people" – you know, those who have supposedly been ruining everything since at least the first human settlements.

What this also means is that I am one of those people at the end of the vaccine queue. And for a long time, this did not bother me at all. When vaccines were first rolled out at the end of last year, I was earnestly happy to see healthcare staff and the oldest members of our society receiving their jabs, just like everyone else was at the time. It felt good seeing the relief on the faces of people who were finally able to get back in touch with their grandparents or other elderly family members.

I have to say that I have always remained confident in vaccines throughout – the scientific consensus was always that the benefits far outweighed the risks.

While none of my grandparents are alive anymore, my parents are 70 and 66 years old respectively and there are no words to describe how happy I was when both of them were vaccinated in early Spring this year. This was also at a time when the vaccination campaign was really picking up steam and so my mind drifted off into a vague sense of optimism. So what if I am at the end of the list?

Over the past two months or so, however, I started noticing that other thoughts started to creep in every now and then. When the stories about the AstraZeneca vaccine – and later the Johnson&Johnson jab – started trickling in, I followed every new development with great interest. I have to say that I have always remained confident in vaccines throughout – the scientific consensus was always that the benefits far outweighed the risks.

When the government announced its plans to introduce a waiting list for those willing to get the AstraZeneca jab, I was excited at first. Here I was, at the edge of my seat to put my name on that list, thinking to myself: Yes, Ms Lenert and Mr Bettel, I want to be "part of the solution"! And then… it was revealed that the list would only be available to people aged between 30 and 54.

However, it turned out that was not all: Neither the AstraZeneca vaccine, nor the J&J product would be given to anyone under the age of 30. I have to admit, this was the first time I felt a great sense of disappointment over this vaccination campaign. Why this age limit? I understood that it may be a measure to "protect" our age group, but the introduction of this hard ban felt weirdly restrictive coming from a government that reiterated time and time again how it would always follow the official EMA advice – which, to this day continues to recommend both the AstraZeneca and J&J jabs for all adults.

But even if it was a precautionary measure, I feel that a lot of young people would have appreciated the chance to take that decision ourselves.

What did not help was that at that time, the US really went all in on their own vaccination campaign. The lovely, and sometimes horrible, thing about the social media platform twitter is that its timeline shows you tweets from all around the world. Back then, this meant that my feed was flooded with candid selfies of people excitedly documenting their vaccination appointment: #PfizerGang. Yeah, probably best to just block that hashtag altogether.

I remember the first time I saw someone two to three years younger than me proudly announcing their inoculation to the world. Not someone considered "vulnerable", not someone working in the healthcare sector… just a regular, healthy young person. This is where I would love to say: I felt happy for them and the society they live in because one more person vaccinated guarantees that extra bit of protection. But I was not happy for them. I was angry. And I was envious.

We do not like to admit to these petty and unappealing sides of ours on social media. It is easy to forget that people do not only facetune their Instagram posts, but also "filter" their emotional and mental well-being. This is why I think it is all the more important to bring those "imperfections" of the human psyche out into the open. And the truth is that I am tired. In every sense of the word.

Do not let anyone tell you that what you have done was "easy" or that you should be quiet because you are not struggling "as much" as someone else.

And it is completely fine to feel that way. Not just me, but every young person who is feeling this way right now. I know that I am not the only one trying to deal with these thoughts at the moment. I know there are others who feel left out. Who feel like politicians only ever expect them to do this or that while continuously taking policy decisions that benefit exclusively their own socio-economic class. Who are tired of being the scapegoats for previous generations.

Fluidity and an important reminder

We do not need to be ashamed. We are all human and we all feel the strain of 1.5 years of living in a global pandemic. So many young people have done so much over the past year and a half. They shouldered education without stress relief, work without rest, growing old without growing up.

Do not let anyone tell you that what you have done was "easy" or that you should be quiet because you are not struggling "as much" as someone else. We need to stop playing out each other's misery against each other. It is a toxic mindset that constantly drives people into isolation and self-loathing.

In the end, both vaccine envy and this piece are thus not really about criticising the government. There is no botched vaccine campaign at play here, in fact, I think that compared to other countries, Luxembourg has done quite well in that regard.

Instead, this text is more of a reminder, to me and maybe to some of you reading this, that the past one and a half years have been anything but normal. We are not bad people for feeling the effect of that, and we certainly do not need to blame ourselves for wanting it to end.

In the meantime, I will continue to watch out for that vaccine invite. Ready whenever you are, Ms Lenert and Mr Bettel!