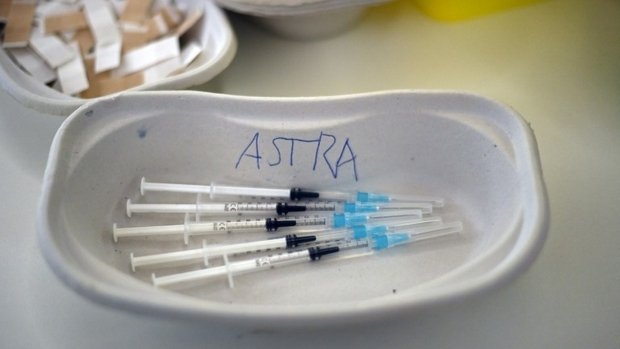 With vaccines being rolled out more broadly, and some of us qualifying for a shot, the time has come to put our money where our mouth is.

Throughout the rather turbulent past few months of the pandemic in particular, we've published a lot of news stories about various vaccines. I suspect, just from being in the midst of the constant flow of stories, that the AstraZeneca vaccine — or Vaxzervia, as they've now taken to calling it.. which to my ear, at least, sounds a bit more sinister, so it's a questionable branding move — has received more cover than the rest put together.

There is, I would argue, good reason for that. Between recommendations for it not to be used on those aged over 65, to the risk of blood clots particularly among young women, to supply chain difficulties and tit-for-tat fights between the EU and the UK.. there has been a lot of news on the vaccine.

In fact, a few of our readers commented to say that we were contributing to vaccine hesitancy by continuously posting 'negative' news about the vaccine. I won't argue that we did not post a lot of news about it, and a lot of it was negative - but the problem with being in the news business is that we cannot design stories to our own preference. I would have much rather we published endless positive stories about this and every other vaccine, but that would be misleading.

What we can do is two things: first, we can try to provide a balanced view, which is something we continuously strive to do. For instance, that's why we asked the excellent Dr Angela Marley (PhD, Immunology & Infectious Disease) to write a series of articles for us explaining what vaccines are, how they work, and the difference between the ones available; how vaccinations, mutations and behaviours come together in the fight to stop the virus; and of course an article specifically on the AZ vaccine and its side effects.

The second thing we can do is put our money where our mouth is, as they say. In discussions with my colleagues, and as I believe clear from our coverage, our team has been pro-vaccination since the start. In fact, I believe I speak for all of us when I say that we have been eagerly awaiting the letter inviting us to get the shot.

The problem is that, both relatively young and dispersed across the greater region and beyond as we currently are, invitations would not be forthcoming for quite some time. At least, until the government announced the voluntary AZ waitlist.

Now, I'll be completely honest here. The news affects me like it does anyone else, and I can't deny that I had a preference for another vaccine if possible. My innate feeling was that the others would be safer. But the problem with innate feelings is that they are often pretty poor indicators of reality, so when the waitlist was announced I had to do some quick mental calculations on my options.

Even with the waitlist, I could have just not signed up, and chances are I would get one of the mRNA vaccines. Probably. What's definite is that I would in all likelihood have to wait a couple of months before any such invitation arrived. What's also definite is that, to me, the benefits of the AZ jab by far outweigh the miniscule risks of which there is some evidence. I've also had pneumonia seven times, so it's safe to say I'm not a huge fan of conditions that cause breathing difficulty.

In the end, then, it was a choice between waiting for another vaccine or, as someone who is not in any known risk group, signing up and getting the AZ vaccine as soon as possible. For me, the choice was easy: I spent several hours on the night the volunteer site went live furiously refreshing in the hopes of getting signed up, and eventually made it all the way through to submit my details.

I got the first shot on Monday and, while some of the short-term side effects rather knocked me on my butt, I'm glad to have done it. To be clear, I don't expect a round of applause for doing what so many thousands of you have also done, though you're welcome to clap for me at 8pm tonight if you wish.

And hey, you never know - if we did indeed create hesitancy in some, perhaps a simple story like this can sway them the other way. Just make sure you do what's right for you, those around you, and check with your doctor if you're unsure or may be part of a risk group.