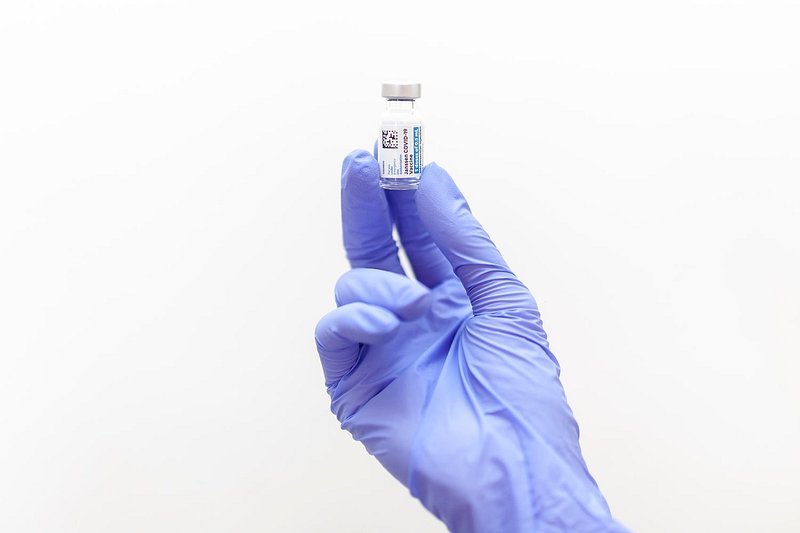 As a cross-border worker it can be a tad confusing to know what you are 'supposed' to do and what you 'should' do. Just the same as it is perplexing to know what part of the GD's so-called 'solution' we are actually a part of.

If we rewind to March 2020 and the first whispers of a Luxembourg lockdown, the implications on its workforce were fairly widespread.

44.9% of the day to day population of the Grand Duchy is made up of cross-border workers (frontier workers), according to data from STATEC in April of this year.

...it was suggested that cross-border workers would fall under the umbrella of Luxembourg's campaign

While many are automatically assumed to be from banking institutions, a great number were employed in what quickly became coined as 'Front Line' occupations.

While these people (and to an extent, immediate family members) have largely already been vaccinated, it was not initially clear if, when and how, Luxembourg's other, non-front line workers would be offered vaccination.

I live in Germany, work in Luxembourg and for a time was not sure which, where and from whom I would receive a jab.

I have received no less than a half-dozen invites to participate in the Large-Scale Testing schemes in the past 18 or so months. Each letter states that it is a voluntary process, but written in a way that is not a million miles from propaganda, proudly positioning me as being part of a solution.

When vaccine strategy info was first rolled out, the Ministry of Health and indeed the PM had suggested that cross-border workers would fall under the umbrella of Luxembourg's campaign. Being that tax and social security contributions were being made in the jurisdiction of employment rather than that of residence.

Then, of course, came the protracted distribution and delivery issues. The EU could not get on the same page regarding roll out and roll call and certain countries were falling behind.

Luxembourg's officials were refuting claims that vaccine passes would be introduced, it rapidly became clear that such a process was the only way forward.

Further reading: Martin Jonsson - Covid-19: We're not going to roll out new restrictions, except we might, but probably not, except.. be prepared

Xavier Bettel would maintain that the vaccine was available to all and that he hoped everyone would 'do the right thing'. Vaccines, and indeed testing, was previously said to be 100% voluntary.

Until, of course, you needed a vaccine cert. or test result to, say, head to a terrace, whether here or in a different land.

The freedom of choice, then, becomes very restrictive.

So to was it further restricted when it came to your vaccine , following on from the clotting scares surrounding AstraZeneca, and concerns on the fast tracking of alternative brands, it was clear that you would get what you were given (read: that which the govt. had ordered) and there would be no cocktail of vaccines given out in order to speed things up.

Josh Oudendijk wrote about that in his piece, which you can read here.

Germany's stocks were woefully under-ordered, or at least the orders were not fulfilled and, as was the case in Luxembourg, some folks were getting vaccinated ahead of the queue - despite not working in front line roles or being in a high risk category.

It was not what but who...and all that.

I know people in my village who have inexplicably received an initial jab, and are now refusing the second, being that the first dose made them feel a little iffy. 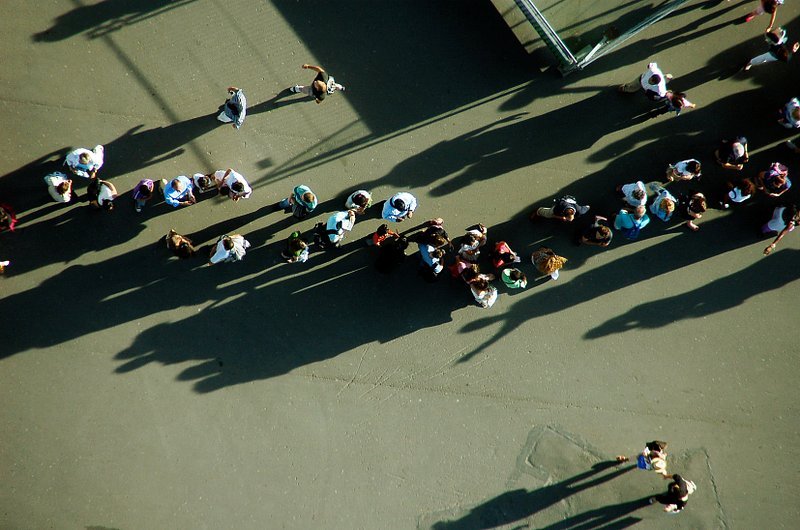 Most of us have, at a time, received the Large Scale Testing (LST) invites and a number of the invitees have taken part.

Travelling across border - which we are asked to do only if completely necessary - to be tested seemed a touch oxymoronic.

Even if you take away the paranoid notion that I could be carrying the virus to or from/back to the GD/DE, the logistics of it made little sense. The 'r' rates of both country of residence and location of employment would be skewed by double data, or data recorded in only one jurisdiction.

Yes, this is a slightly simplistic method of describing what the purpose of the LST scheme set out to do, it is supposed to track flow and trends and flag hotspots, alerting the authorities if and when stay at home orders should be given.

Even bering that in mind, I was still no clearer on how a cross-border's inclusion in LST related to vaccination plans. I reached out to the Ministry Of Health last week in order to perhaps get some clarity on what will or will not happen regarding cross-border workers and their response was as expected:

"The Government has defined vaccine phases 2 to 6 on the basis of criteria relating to the age and vulnerabilities of residents. Indeed, the allocations of vaccine doses provided for in the contracts concluded between the European Commission and the vaccine producers are calculated on the basis of a pro rata of the population of each of the Member States of the European Union. The percentage of doses allocated to Luxembourg is thus 0.14%."

Initial vaccination campaigns would, then, necessarily and understandably need to cover those that were required to be present on site in their roles: medical professionals, health support workers, caregivers et al, while the rest of were urged to work from home as far as was possible.
"Phase 1 is based on the socio-professional category of health professionals, where both residents and border workers are covered. The reason for this is that the health and care sector is made up mainly of cross-border workers (more than 60% - a particularity of the Luxembourg market), all the more so as this is a key sector in the fight against the virus." 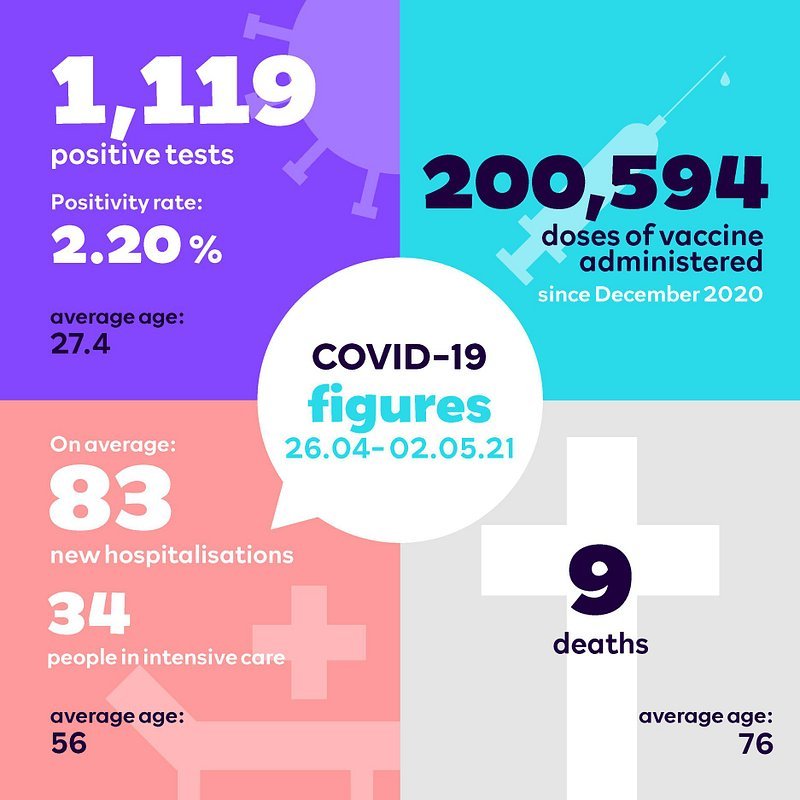 As a German resident, homeowner and parent, paying tax and social security to Luxembourg, it is surprising to have to rely on the German health authorities to contact us when our time comes.

For the record, we have received precisely zero communication to date.

"The deployment of the vaccine campaign is dependent on the availability of vaccine doses delivered by producers. It is therefore likely to be adjusted at any time." - Ministry Of Health, May 2021

Yes, an individual has to have the wherewithal to inform themselves, but data in Luxembourg was often contradictory to that in Germany and even contradicted itself in the same press conference.

We, as family, simply wanted to know the quickest, safest and most reliable method to ensuring the health of ourselves and those that we would interact with thereafter. Much as we had one up until that point. We had followed protocols, done as was a needed. Worked our asses off at home and office (where possible), dealt with homeschooling, illness, depression, lapses in health. We just wanted to know 'when' not 'if'.

Further, it feels not a little dishonest when explaining our 'plight' to our friends and neighbours, obviously from the prescribed distances of social responsibility. They would roll their eyes at the strange situation we found ourselves in, half in agreement with our frustration and half in a manner that suggested "well, yeah!"

The Luxembourg Ministry Of Health does, however, allude to strategies changing, as control and prediction/prevention of the virus adapts: "The deployment of the vaccine campaign is dependent on the availability of vaccine doses delivered by producers. It is therefore likely to be adjusted at any time."

Meaning, that as Global Covid Response alters, so to will domestic approaches. But that does not mean a unilateral method.

It is not an issue of wanting to be vaccinated ahead of anyone else.

It is more a case of hoping for clearer communication and collaboration from the neighbouring states, some 18-months into a pandemic.

That way we truly can be part of the solution.

Edit: During the writing and editing of this piece, Germany's stance has changed, priority of vaccine was reviewed and a new scheme rolled out to begin mass inoculations of the entire population.

Within that new directive was a caveat that those working in the media were entitled to higher priority than previously recorded.

This new approach means that I can get a jab ahead of my wife, who's role carries far more seniority than mine. As someone who suggests that modern journalism requires a nose for a story, a little tenacity and resilience, the job can be done wherever there is pen, paper, mouse/trackpad, keyboard and reliable wi-fi.

To find out that I am in a higher band, felt and still feels strange.

I have signed up, of course I have, but we are still no clearer on what needs to be done on this side of the border.

There is a patch on my scalp where the hair is now sparse, not from male-pattern baldness but rather from a continuous scratching of my head.

Perhaps I will put my 'vaccinated' sticker there.