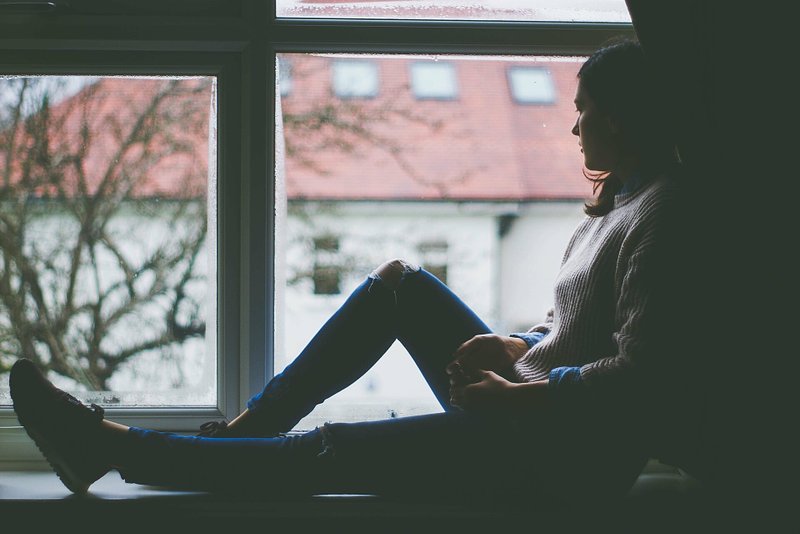 During a recent press conference, Prime Minister Xavier Bettel talked about taking the pandemic's impacts on mental health into account when deciding on the new Covid-19 regulations, indirectly making it a reason for not imposing a hard lockdown. This argument was at best poorly worded and at worst additional proof for Luxembourg's poor handling of mental health issues.

At first, Bettel's statements may sound fairly reasonable: Luxembourg is doing everything it can to avoid going into another hard lockdown for the sake of the mental well-being of its residents.

However, a quick look on my Twitter feed the following day revealed that this particular argument had left a lot of people with a bad taste in their mouths.

Why did so many people, myself included, take issue with the Prime Minister's statements? In order to lay out the problem in the most comprehensive way, I decided to tackle three main points: The factual truth behind the statement, the problematic framing, and a look at some actual solutions to the mental health problem that are currently being discussed.

I. The very real issue

It is important to acknowledge that the Prime Minister is referring to a very real problem. The pandemic and the various restrictions introduced to fight it have taken a concerning toll on practically all social classes.

In a study published by Statec and TNS Ilres in July 2020, 37% of participants stated that their mental health had deteriorated over the course of the first wave.

While the Ministry of Health repeatedly stated that there has been no significant increase in suicides in Luxembourg since the beginning of the pandemic, MP Marc Baum from the leftist party (Déi Lénk) was right to point out that it may be too early to make such an assessment due to suicide cases often being handed over to the public prosecutor's office for investigation.

What we do know, however, is that especially young people are increasingly struggling with depression and suicidal thoughts. According to figures by the Centre for Information and Prevention (CIP), the children and youth helpline registered more than twice as many calls relating to depression and suicidal thoughts in 2020 compared to 2019. Anxiety and self-destructive behaviour are also on the rise, with the latter even quadrupling.

The CHL's Children's Clinic (Kannerklinik) also reported that they had noticed an increase in psychological and even psychiatric problems among the youngest children, some even going as far as actual suicide attempts.

Regarding the adult population, the helpline SOS Détresse reported that 2.5% of calls registered in the first eight months of 2020 were related to suicidal thoughts. An increase compared to 2019, when that figure was under 2%.

What one should keep in mind when reading these figures is that mental health problems are still a taboo subject in many parts of society. A lot of people tend to bottle their problems up, and as a result it is likely not too far fetched to assume that only a small part actually reaches out for help. Such noticeable increases in the numbers of people that contact helplines or seek medical help should set off alarm bells regarding those that do not.

II. The mental health crisis goes beyond the pandemic

All of this data indicates that the Prime Minister is acknowledging a very real issue when he is talking about the importance of considering the lockdown's effects on the population's mental health.

However, one problem that I personally have with the timing and framing of the Prime Minister's statements is that it all feels too short-sighted and even a bit cynical.

We should be unambiguous about this: Luxembourg's mental health situation has not suddenly become "concerning" following the beginning of the pandemic. This would imply that it had previously been acceptable, which could not be any further from the truth.

In terms of mental health, Luxembourg's situation has been nothing short of abysmal for a long time. A study published in the Journal of Health Monitoring in December 2019 found that Luxembourg has the EU's highest overall proportion of prevalence of depressive symptoms.

In February 2020, the Ministry of Health revealed that 47.9% of those who decided to take the online self-test for depression on the prevention-dépression.lu website turned out to be suffering from severe depression. In total, 92% of those who took the test found out that they are struggling with some form of depression. It should be pointed out that this website is not exclusively consulted by IP addresses registered in Luxembourg, but they do make up the majority (46.33% as of February 2020).

On a more personal note, quite a significant number of my friends and family members have suffered or are still suffering from some sort of mental health issue and I myself went through a burn-out in mid-2018.

While the coronavirus crisis may have dominated headlines for almost a year now, the mental health crisis has been creeping through the Grand Duchy's society for many years and its victims have often suffered in silence.

It is nice to hear the Prime Minister say that the impact on the population's mental health played an important role in the government's latest decisions. However, I am at the very least very sceptical as to whether the recent relaxations were really introduced to prevent residents from being crushed by crippling anxiety and depression.

Of course, I cannot read the minds of our leading politicians. Maybe it really and earnestly was Bettel's intent to open up some shops because he thought that a little bit of consumerism would do us all some good – especially after Christmas.

If this is the case, however, then the government's actions to improve the mental health situation in Luxembourg will undoubtedly fall flat on their face once again.

While it is not the purpose of this article to assess the government's current strategy in the fight against the coronavirus, I do want to share the following question with you: Undoubtedly, the pandemic takes a toll on people's mental health. However, are the main catalysts for this really the personal liberties temporarily taken away from us, or are they not rather the inner fears fuelled by the pandemic? Fears of infection, fears of spreading the disease to vulnerable loved ones, fears of losing livelihoods, fears of being forced to decide who to save and who to let die…etc

III. What would actually help

But enough of the criticism, let us instead conclude this piece by talking about some things that are actually going well and some possible, and actually not that difficult, solutions for the future.

Mental health is a complex issue, and it requires efforts from both the societal and the political sphere. In regard to society, it does seem like the situation is improving – slowly, but surely, nonetheless. This is not to say that the stigma associated with mental illnesses has been completely lifted, but the public and especially members of the younger generations seem to be more aware and, most importantly, accepting of the issue.

Important work is also being done in schools. Teachers receive specialised training in order to become better at noticing warning signs and knowing how to properly handle specific situations. I still remember my school days quite well, and looking into what structures and services exist today, I do notice a lot of improvements that have been done over the past five years or so alone. However, schools are at the same time often at the root of mental health problems. My colleague Ian wrote a very insightful op-ed on the health impacts of social media in August of last year, and in it he cited a study which found that Luxembourg had experienced an increase in perceived school pressure and stress over a ten-year period. Besides mental health training, discussions about fundamental school reforms must therefore also continue.

Luxembourg also has a serious problem regarding a lack of mental health professionals. The Luxembourgish Society of Psychiatrists, Child and Adolescent Psychiatrists and Psychotherapists (SLPPP) drew attention to this issue in October 2020, stating that one of the main reasons for this was the overall difficult working conditions for psychiatrists. The government could remedy this by following the SLPPP's demands and introduce legislation to improve working conditions, raise salaries, and work alongside the University of Luxembourg to introduce a doctorate programme in psychiatry in the Grand Duchy.

The Parliamentary Committee on Health discussed a number of problems and potential solutions in December 2020. While the government has yet to release an official evaluation of its Suicide Prevention Plan 2015-2019, it seems only logical to not only maintain it, but further improve it. The introduction of a "psychiatric autopsy", as demanded by opposition party CSV, would make it possible to better understand the causes and triggers that lead to suicides.

Probably most outrageous remains however the fact that the fees of psychotherapy are still not reimbursed in Luxembourg. At this point, this relic of a time when mental health issues were not regarded as "real health problems" is nothing short of a national embarrassment and needs to be fixed as soon as possible.

Luxembourg's mental health crisis is serious and has very real consequences. Every year, we lose too many friends and family members either emotionally or, in the worst cases, physically to the frightening power that these illnesses can hold over us.

Interestingly, I found myself adjusting that last sentence just now. I initially wanted to write "in the most tragic cases". This adjective and its respective noun – tragedy – is often used when talking about mental health issues. However, there is actually nothing tragic about them. A tragedy, at least in the traditional, literary sense, implies a misfortune somehow brought about by fate against which we are powerless. But we are not powerless. We can do something against this problem unless we neglect to do so, either out of ignorance or carelessness.

I have no problem with the Prime Minister taking mental health into account when thinking about policies. In fact, I am happy that he does so. However, I do believe that this crisis must be addressed in its entirety and not merely as a side effect of a different, equally serious, crisis.

If you struggle with any sort of mental health issues yourself, consider checking out prevention-depression.lu or covid19-psy.lu (both available in English) for information on how and where to get help.