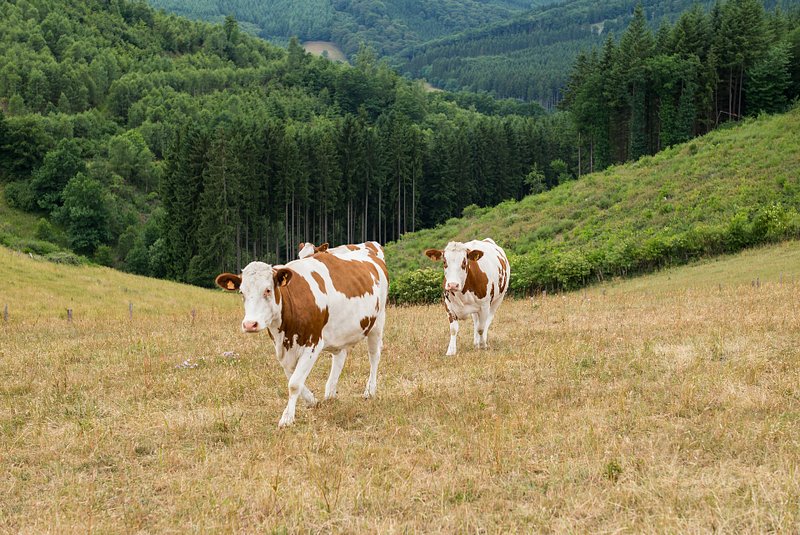 Luxembourg's farmers are up in arms about planned changes to the agricultural sector.

On Saturday, our colleagues from RTL Radio hosted a roundtable discussion about the issues faced by the agricultural sector and how they might be overcome.

Many farmers feel that their backs are against the wall. According to Luc Emering of the Young Farmers Association, most of the proposals made by industry representatives and environmental organisations during the consultation phase of the new agricultural law were ignored.

Farmers attempted to engage in a "constructive collaboration" and are aware that "efforts need to be made" but now feel taken aback by the ministry's approach, Emering explained.

Read also: What do the red boots on Luxembourg's road sides represent?

Guy Feyder, the president of the Chamber of Agriculture, said that industry representatives were only granted access to the draft bill containing very late in the consultation process. Farmers are particularly apprehensive regarding the planned livestock cap, which has been on the table since summer.

The director of the Federation of Organic Farming in Luxembourg, Daniela Noesen, also said that the sector was not involved enough and criticised that there is still no mission statement regarding the future of agriculture in Luxembourg.

For years, farmers were told that they needed to keep growing and expanding their livestock but now "all of a sudden" they are supposed to do the exact opposite, Noesen stated, wondering "how are farmers supposed to do that?"

Livestock cap continues to elicit strong opposition from the sector

In response to the criticism, Minister of Agriculture Claude Haagen, from the Luxembourg Socialist Workers' Party (LSAP), argued that "completely opposing perspectives collide" during a public consultation.

Haagen suggested that perhaps "more weight should be given to the experts in this process".

In any case, the minister went on to say, he notes that no one is questioning the climate targets and if that is the case, there is "simply no way around the fact that Luxembourg has a lot of work to do when it comes to the ammonia targets."

For this reason, the new agricultural law notably limits the number of cows per farm. Emering warned that this will negatively affect family-owned businesses and incentivise farmers "to get even more out of every single animal," which would go against the principles of animal welfare.

According to Haagen, limiting livestock does not mean that a business is not allowed to grow. The minister stressed that intervention is necessary now to avoid the state having to "pull the emergency brake" in ten years because the targets have not been met. In his opinion, the measure will protect businesses.

On the other hand, Feyder stated that the new law will stifle the agricultural sector. According to Feyder, adjusting the draft bill is paramount to prevent the sector from crashing into a wall.

Meanwhile, Noesen argued that the state had "squandered an opportunity" regarding the subsidies that are tied to ecological requirements. While the subsidies are offering farmers compensation for lost revenues, there is not really any incentive to change one's business model, she explained.

Agricultural summit is being prepared

Haagen said that the agricultural law will not be passed without an agricultural summit first. He was, however, unable to say when such a summit would take place.

Haagen explained that the government still needs to determine the topics of discussion and who else should attend the summit. There have previously been calls for Minister for the Environment Joëlle Welfring, Minister of Finance Yuriko Backes, and Prime Minister Xavier Bettel to participate.

The availability of the respective ministers will be checked during the next government council meeting, Haagen stated. Since there is no official date for the agricultural summit yet, it also still remains to be determined when the new law will be voted on in the Chamber of Deputies.

The draft bill has been forwarded to Luxembourg's parliament and was discussed in the responsible parliamentary committee for the first time earlier this week.

Emering and Noesen confirmed that the current crisis is leading people to purchase fewer organic products to save money.

Both also criticised the lack of progress in the implementation of organic farming targets, stating that a lot of time has been wasted in recent years.

Luxembourg originally pledged to reach 20% organic farming by 2025. However, at the moment, organic farming only accounts for just over 5% of all agricultural land in the Grand Duchy.