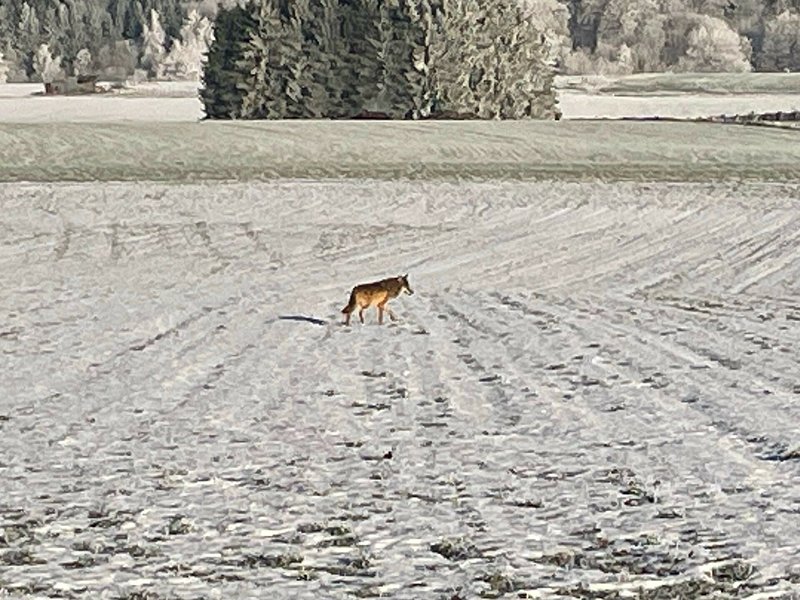 Following the report of a motorist on Tuesday, the government has confirmed the presence of a wolf in the north of the Luxembourg.

A motorist spotted the lupine interloper near Wincrange at around 10 am.

It could have easily been mistaken for a dog, but its size and shape clearly intrigued the motorist and he took a picture of it and did so in order to warn the administration of nature and forests.

After analysis, the experts are in agreement: it is indeed a wolf.

Moreover, some 90 minutes earlier, around 8.30 am, a wolf had already been seen near Bourcy in Belgium (some8 kilometers from Wincrange). It is very likely that it is the same animal.

In recent months, there had been several indications of the presence of wolves in this area. In May 2021, a sheep carcass was found in the Wincrange area, with experts suggesting it was possibly the result of a predator.

The evidence suggests that a wolf has settled in this cross-border area.

Again, though rare, this is not a first: the presence of a wolf had already been observed in 2017 around Holzem and Garnich, in 2018 near Fouhren and indeed once more in 2020 in the corners of Niederanven.

Remember that wolves are very shy. They generally avoid direct contact with humans. Encounters between humans and wolves are therefore extremely rare, but not impossible, as we have seen today.

Any indication of the presence of wolves must be reported immediately to the administration of nature and forests: (email: wolf@anf.etat.lu).