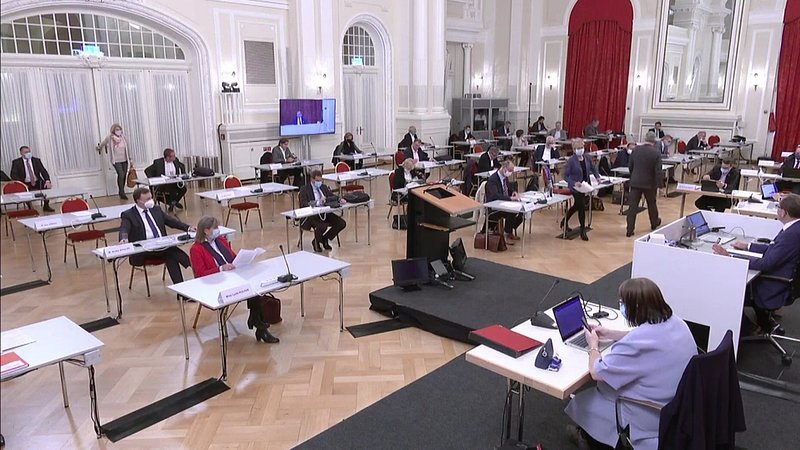 The measures are to be extended for another three weeks until 2 April 2021.

Once again, an amendment to the Covid laws has been passed with a majority in the Chamber of Deputies. Rapporteur Mars di Bartolomeo said in his opening speech that now was not the time to become complacent, arguing in favour of the extension due to the virus variants currently in circulation. He also warned of clusters developing in schools, using the recent example of retirement and care homes to demonstrate how quickly the virus could spread.

Two new measures, which have been mere "recommendations" until now, will be introduced in the educational sector: Pupils from Cycle 2 upwards must now wear masks during classes, and students in the final years of secondary schools may now benefit from alternating A/B classes.

Aside from these amendments, the Covid-19 law will retain the majority of its most generally known measures: Curfew between 11pm and 6am, continued closure of the Horesca sector, and the prohibition to consume alcoholic beverages in public. The "rule of two", i.e. one household is only allowed to receive a maximum of two guests from one other household, will also be extended.

CSV MP Claude Wiseler announced to the Chamber that the party would not be voting in favour of the law, citing the lack of legal provision for the measures proposed for the education sector as the reason. The opposition party agreed with extending the measures, but not with the conditions given.

The CSV went on to say they agreed with the vaccination strategy, but demanded that matters be stepped up a notch, including pharmacies and GP surgeries among the vaccination centres. Another proposal involved relocating Large-Scale Testing staff to assist with the vaccine rollout once further deliveries are received.

The ADR party also voted against prolonging the measures, claiming the restrictions infringed upon personal freedoms.

Déi Lénk's Marc Baum added that the curfew represented an intervention in personal freedoms, which was likely to leave long-lasting traces.

Several parties took the opportunity to criticise the reports that people had jumped the queue when it came to getting a vaccination. The Pirate Party said the moral and ethical questions raised by the vaccine priority list could have been expanded upon, or even written into law. As a result, they submitted two motions calling for more transparency on the people vaccinated, the doses left over at the end of the day, and punishments for people skipping the queue.

Prime Minister Xavier Bettel countered several criticisms, stating the issue was not the lack of capacity, but rather the lack of vaccine doses. He said he would take the proposal to move staff from the testing scheme to the vaccine campaign into consideration, and added that certain measures could be taken ahead of the administering of the vaccine, for example, patients could complete forms about their health in advance of their appointment.