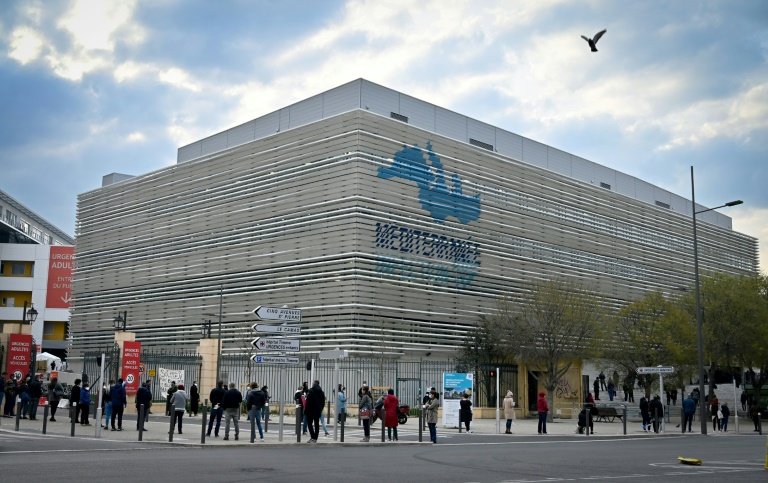 People queue in front of a top Marseille hospital to get a coronavirus test on demand after one of its infectious disease experts, controversial Professor Didier Raoult, opened doors to all, against official policy / © AFP

Young and old all keep strictly one metre (yard) apart and an eerie silence hangs in the air, punctuated only by indignant shouts as some try to skip the queue.

Hundreds got up at the crack of dawn to get in line to be screened for coronavirus in a France where normally tests are reserved for health care workers or people most at risk.

The French health system is currently carrying out 5,000 tests every day but officials admit this is nowhere near enough to catch every case, meaning the real number infected could be much higher than the published data.

Step in prominent but controversial French doctor Didier Raoult, head of the department specialising in infectious diseases in La Timone hospital in Marseille.

He announced with five professors and doctors on Sunday that anyone feeling feverish or simply anxious could ask to be tested at the clinic.

Student Louise Serrano has a temperature, a headache and a cough and has come for the screening with her father.

"My uncle is sick and my mother too, we prefer to get tested so we can protect them. They are more at risk of dying than us," the 20-year-old said.

By 7:00 am, Gilbert Salomone was waiting in line with his wife and daughter for the clinic to open two hours later. 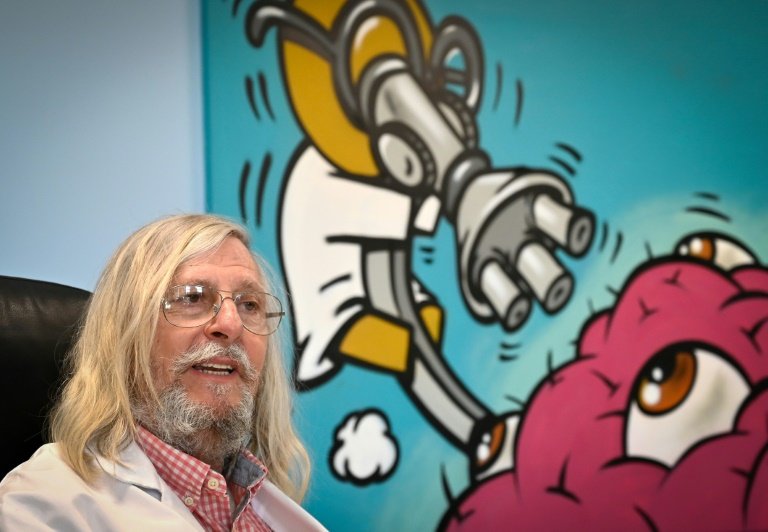 The 49-year-old only has light symptoms and admits that he's not particularly worried. "It's mostly to find out whether we have it or not, to set our minds at rest," he said.

"For the test, it's very quick, a swab in the nose and it's over. We will be contacted within 48 hours if we are declared positive," he added.

Like Salomone, most people in the queue do not appear to have severe symptoms but an elderly man suddenly collapses.

People around him attempt to carry him up the steps of the hospital, before healthcare workers come out with a wheelchair and take him inside.

"Raoult is crazy, all these people should be at home!" said a doctor leaving the hospital after a long overnight shift.

Showing up at a hospital just to take a coronavirus test flies in the face of official French policy which is to stay at home in isolation if a person fears having the disease and to only go to hospital in case of breathing difficulties.

But attached to the railing outside a banner reads: "We support Professor Raoult" and the doctor is by no means a newcomer to controversy.

For weeks now, the eccentric scientist with shoulder-length blond hair and a grey beard has been advocating the use of chloroquine -- long used as a treatment for malaria -- as a cure for coronavirus.

Raoult, 68, is a member of the expert committee advising the French government on the coronavirus.

He reported that after treating 24 patients for six days with hydroxychloroquine, the virus disappeared in all but a quarter of them.

He also believes it is essential to trust the results obtained in China by leading pulmonary disease expert Zhong Nanshan, whose tests appear to confirm the efficiency of the drug.

US president Donald Trump has also advocated the use of chloroquine.

But the research has not yet been peer reviewed or published, and Raoult has come under fire from scientists and government officials alike.

His critics have pointed to problems with the protocol and worrying side effects of the drug. Fakemed, a group of scientists against fake news in health, has lambasted the professor.

"A video accusing me of fake news has been viewed 450,000 times on Facebook," said Raoult.

"But it's good publicity, they can carry on saying such awful things," he added.

The mayor of Nice, Christian Estrosi, has said he is being treated with chloroquine after being diagnosed with the virus and he publicly defended Raoult.

Waiting in line for her turn, 20-year-old Talia Abad said she would be open to trying the medicine.

"People close to me work in the healthcare sector and they trust the treatment. And because I trust them, I'm willing to experiment," she said.

A clinical trial to test four treatments for coronavirus, including chloroquine, was launched on Sunday in seven European countries. The study is to be conducted on 3,200 patients.