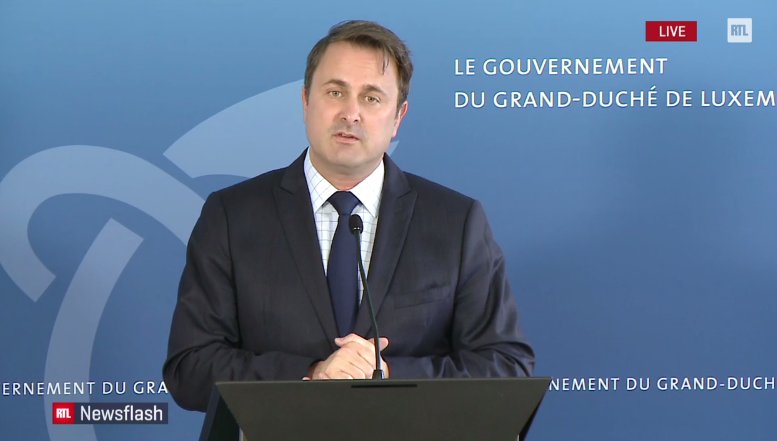 Prime Minister Xavier Bettel held his second press conference of the week, covering matters including the statistical blunder on Friday morning, hotel rooms for cross-border workers, a temporary hospital, and the protection of the self-employed.

On Friday, the number of confirmed cases climbed from 335 to 484 - though initial government information said 618. Alarmed and confused social media users were quick to respond to the mistake: why the sudden revision?

There are currently 484 confirmed cases, Bettel announced. 16 hospitalised patients tested positive, of which three are currently in intensive care. 21 hospitalised patients are still awaiting results. Five people have now died from the virus in Luxembourg, but an additional sixth death may also be related to COVID-19. The government is awaiting results.

The numbers that came into the laboratoy this morning were counted twice, leading to the earlier statistical blunder. 750 people are being tested in the Grand Duchy on average per day, a leading number in the EU, Bettel said.

He also ensured the public that he was feeling fit and did not have any signs of illness. Ministers that feel healthy are not being tested, but the government is ensuring minimal risk in its office environment.

Live ticker: All the breaking coronavirus stories in one place

Furthermore, Luxembourg's government is in close contact with neighbouring countries. 50 staff members from customs have been sent to Belgium, France and Germany to aid local staff in their work. Transit traffic through Luxembourg will continue and not be restricted.

The brand-new online supermarket Letzshop.lu put in place earlier this week to allow elderly and vulnerable to purchase groceries from the comfort of their homes, has proven to be a great success. 60 orders came in by telephone, and 350 orders were made through the internet. Furthermore, the PM thanked users for not abusing the system, as its currently only meant for those that are immobile, disabled or unable to go to the supermarket independently.

A resident of Esch-sur-Alzette has taken it upon himself to help the elderly by running errands and fetching groceries on his bike.

A temporary hospital has arrived from Italy to increase Luxembourg's national healthcare capacity, offering an additional 200 beds. In answering a press question, Bettel stated that it does not matter where this equipment comes from - all help is welcome. China is currently working closely with the EU in providing information and resources.

We reported this morning that Cargolux flew in the hospital on six different flights.

Support for the self-employed

As businesses are already guarenteed to receive financial boosts, ministers are meeting today to discuss support measures for freelancers and self-employed individuals too. These details will be announced next week.

On Thursday minister Dan Kersch stated that "no one will be left behind", but that the cost of saving the economy would most definitely be "explosive". Bettel confirmed that small businesses and independent workers will be supported, no matter at what cost.

Measures and restrictions are well-respected

Bettel was proud to see that despite 400 police checks executed on Thursday not a single fine was handed out to a private individual. Inhabitants are respecting the quarantine measures. Again, one is allowed to take a brief walk outside in the countryside, but should avoid gathering in groups of several people and to always maintain a healthy 2m distance between each other.

Two businesses have been fined for not respecting the rules so far, one café and one shop.

Press briefings and conferences were called at least once a day this past week as the government steps up its measures to curb the spread of the virus in the Grand Duchy.

On Monday 16 March, Minister of Health Paulette Lenert explained the forced closure of restaurants and bars, a decision taken by the prime minister on Sunday. Borders were shut with Germany, and cross-border workers would be required to present a certificate if stopped by police.

Tuesday 17 March saw an unusual parliamentary session, in which attendees were split across two rooms and with two seats inbetween them to allow sufficient distance. Bettel explained that after a conversation with the Grand Duke he was ready to evoke a state of emergency, which he officially executed on Wednesday 18 March. Bettel also stressed the importance of staying at home to the fullest extent possible, and issued a reminder that steep fines can be levied on those who fail to adhere to this recommendation.

This was followed on Thursday 19 March by press conferences by Paulette Lenert, as well as Deputy Prime Minister Francois Bausch and ministers Dan Kersch and Romain Schneider on matters of internal security, public transport, economy, labour, agriculture and social security - a summary of these points can be read here.