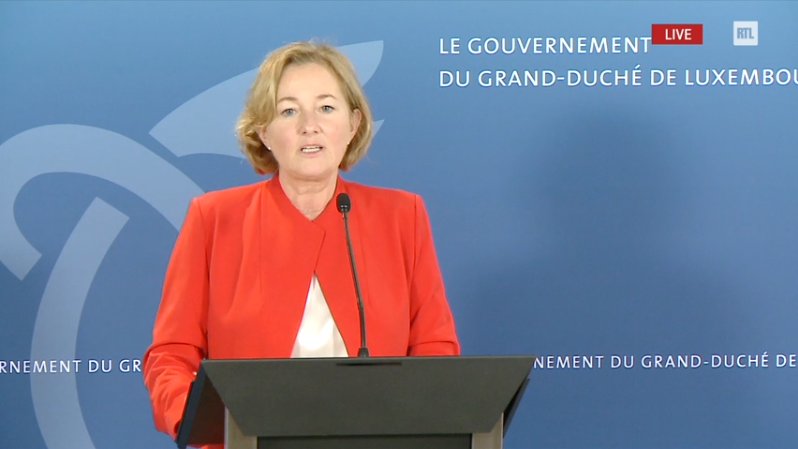 Staff in the health sector are well-prepared for a potential wave of patients, Lenert assured the press in Sunday's press conference. As Luxembourg's peak has not been reached yet, the country is actively aiding patients from neighbouring countries. An overview of key points:

Lenert announced four additional medical facilities are being put in place, including LuxExpo and Rockhal thanks to their capacity. The minister said that "we are expecting rising numbers of infections", so the government is preparing accordingly and is in close coordination with several venues, the others being the Däichhal in Ettelbruck and a further one to be decided on in Grevenmacher.

They will all be available and on standby as of Monday 23 March.

The facilities are multi-functional in that they can be split up into various smaller spaces. One can be used to treat positively tested patients, the other reserved for those that are non-corona related, for example.

There were 798 confirmed cases in Luxembourg on Sunday, with no new deaths reported in the past 24 hours. 34 patients are hospitalised, 3 are in intensive care. Around 10 individuals are healthy again.

Roughly 1,500 tests are being executed per day, which is one of the highest numbers per capita in the EU, according to Lenert. That also explains the high number of positive corona cases per 1,000 inhabitants.

200,000 masks have been distributed to medical staff in Luxembourg: "We might be overly cautious, but we think it's the right thing to do at this time." The minister also stressed the gravity of the situation in our neighbouring states. "European solidarity is paramount", so Lenert, and therefore Luxembourg is helping treat patients from across the border.

The Luxembourg Institut of Health is monitoring the international developments and working closely with the government.

The government envisions an end of the national state of crisis, but the minister cannot point to a concrete date. The believes the peak to be in around two weeks.

"Luxembourg is more in need of medical staff than of infrastructure," Lenert says, and thus a new governmental platform will be launched on Monday 23 March to avoid the risk of running out of material and medical staff. The platform will enlist specific profiles. It may be here where professional medical experts from abroad, that may not have the required EU certifcate for practicing their profession in the European Union, be able to help out, but this remains unconfirmed.

Previously a government web shop was launched for doing groceries online. In other news, a resident of Esch-sur-Alzette has taken it upon himself to help the elderly by running errands and fetching groceries on his bike.

After the announcement of Luxembourg receiving a temporary hospital tent from Bari, many wondered whether the region in Italy wouldn't be in more urgent demand of the tent itself rather than giving it away.

When asked by our colleagues from LuxTimes whether the temporary hospital from Bari was paid for by the Luxembourgish government, Lenert explained that it was received partly thanks to donations, but also ordered as part of a more extensive, global purchase of stocks and materials.

There are many donations flowing in, the minister said, for which she was incredibly grateful, but she clarified that the hospital tent from Bari is not a military installation and does not take any medical tools away from Italy.

Live ticker - All the breaking coronavirus stories in one place.