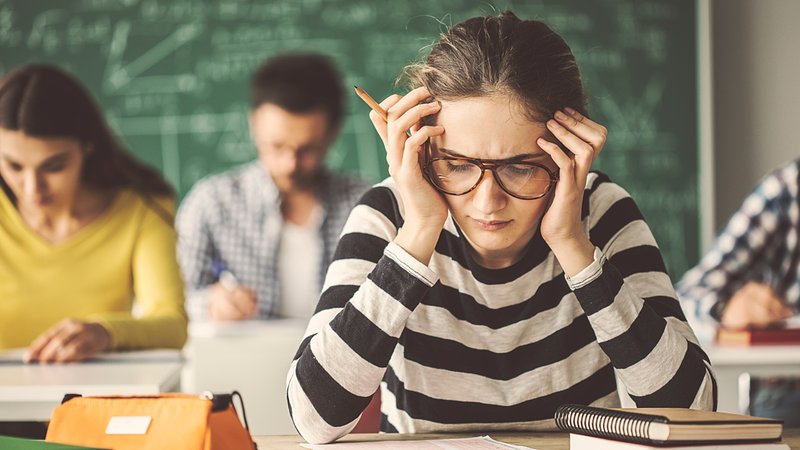 Think Luxembourgers are some sort of natural-born language wizards? A lot of us tend to think so too… until we try and learn a new language as adults.

Recently, we had a bit of a "language debate" here on RTL Today. We had a "Your Voice" article on the matter, as well as an op-ed by my colleague Alannah, and I personally thought that both made some good points.

However, instead of just adding my own two cents to this debate, I thought that it might be interesting to share my personal language journey and what I have learned from it.

However, when I decided to start learning Greek, I thought that I had a clear advantage when it came to learning languages. After all, I grew up in Luxembourg, a country famous for its multilingual cultural landscape!

When I was a child, I spoke Luxembourgish with my parents at home, but all of the TV shows I watched and books I read were in German. As a result, I was already quite proficient in German when I started primary school, where French joined the language mix in my second year.

When I started secondary school in 2009, I had attained a fairly advanced level in the three official languages of the Grand Duchy. At the Lycée in Echternach, I would go on to learn two more: English and Italian. And this was still not the end of my language learning journey, as I took classes in Bosnian-Croatian-Serbian and Spanish during my time at the university in Trier and the translators' school in Cologne, respectively. However, I must admit that I never really advanced beyond an A1-A2 level at best in these two.

Some people say that once you have learned one foreign language, you can learn as many as you want because you have proven to yourself that you are able to do it. Knowing that I had managed to become fluent in five languages (by "fluent" I mean that I can comfortably consume content without the need for subtitles/dictionaries and can hold a conversation) over the course of my childhood and teenage years, I assumed that learning a sixth language would be a walk in the park – oh, what an immense fool I was.

After nearly two years of learning Greek, one thing has become painfully evident above all else: I had no idea how to learn a language.

English was a bit weird because, thanks to the internet, I had already been exposed to the language before we started learning it in school, so my memory is that I always sort of understood English and just gradually improved.

When I opted for the A Section in secondary school (in the Luxembourgish school system, sections allow you to focus on a specific field of study during your final three years), I had to choose one more language to add to my study plan. I ended up choosing Italian, which, once again, I remember as a very intense study course with a focus on grammar and verb tenses (the return of the dreaded conjugation tables).

Drawing from this experience, I tried to replicate this learning method for my study of Greek because, after all, this is how I learnt to speak my other four languages, so why would it work any differently now?

I drilled a digital flashcard deck containing the most frequently used 2,000 words every day, listened to audio courses, completed the Greek course of the famed 'Assimil' series, and worked with exercises for language learners.

As you might imagine, this was quite time consuming and a significant effort. And after about a year of this, it got me… practically nowhere.

Don't get me wrong, it's not that I didn't learn anything. After this first year, I could read the Greek alphabet, knew a fair number of words, and had a decent theoretical understanding of Greek grammar. But despite all of that effort, Greek still sounded very much like a foreign language to me. And we don't even need to talk about speaking because that was for sure not happening any time soon.

So, what went wrong? Had I not been doing exactly what we did in school? There is no denying that I somehow managed to learn three foreign languages in school, so what exactly changed?

And that's when I started to think.

In the case of French, we did have a lot of grammar lessons, no doubt about it. But the thing about French in the Luxembourgish school system is that it is not just limited to French class. In the educational stream I was in, history, physics, biology, chemistry, and economics were also all taught in French. At some point, I also started watching French YouTube and reading French newspapers. And I've always loved listening to old French songs from the late 20th century.

As for English, I already mentioned that everyone my age was more or less immersed in this language due to the internet. Thanks to some of my teachers, I also quickly discovered that I really enjoyed British (stand-up) comedy. Today, most of the podcasts I listen to and most of the stuff I watch for fun is in English. Not to mention the fact that I also work as an English-German translator.

And finally, Italian. Yes, the classes in school were very old-fashioned in a way. But there were also only three of us in that class. And our teacher spoke to us in Italian from Day 1, only occasionally switching to French to explain grammar. We had five hours of Italian per week and since the class was so small, all three of us spoke a heck of a lot of Italian every week for three years.

All these years, I was under the impression that the endless vocab lists and the grammar lessons (which I despised) were what taught me all of these languages. In reality, it was quite simply the enormous amount of exposure I had and the input I received on a regular basis.

Looking back at my first year of trying to learn Greek, I now realise how misguided most of my efforts were. Sure, I did a lot. But I would be lying if I said that I enjoyed reviewing flashcards every day. Or doing grammar exercises.

I have adapted my method since then. I ditched the flash cards and exercises, and have since been focussing on mostly reading and listening to things of interest (a.k.a "input-based learning"). And wouldn't you know it, I have made significantly more progress in the past few months than in my entire first year!

Our common struggle – with the world's best pay-off

By sharing my story of language learning, I hope to achieve two things.

First, we Luxembourgers like to encourage people who move here to learn our language(s), particularly Luxembourgish. I feel that we sometimes forget just how enormous this task actually is. Growing up multilingual, we can at times take this ability for granted, and our expectation that others should simply do the same as adults can sometimes be a little removed from reality.

The truth is: Learning a new language is incredibly hard. And while most Luxembourgers are polyglots by default, I don't actually know many who (successfully) learn even just one more language as an adult. To my fellow Luxembourgers reading this, I can only encourage you to try and learn a language that you don't know yet, if you haven't done so already. There is bound to be one that you have always had an interest in. Give it a try and experience the challenges, difficulties, and the frustration that come with this task. I truly believe that doing so will allow us to better understand the issues raised by people who have not grown up here.

At the same time, I feel that it is important to highlight one more aspect of my personal language journey: I never gave up. Even after feeling incredibly frustrated at my lack of progress after one year, I didn't quit. I've had periods of inactivity, but the crucial point is that I eventually always gave it another shot.

Learning a new language is always worth it. Having had the opportunity to learn five languages early in my life is perhaps the one thing I am most grateful for. For those of you who have experienced it, you know that there are no words to describe the joy you feel when a new language, a new culture, a whole new world slowly starts to open up to you.

So, if you are currently learning any (or all) of Luxembourg's official languages, please know that you don't have to prove anything to anyone. We Luxembourgers are not better than you when it comes to learning languages, in fact, if my story proves anything, it is that we are often just as clueless as you are! But as someone who knows what being able to speak multiple languages is like, I can only urge you (and myself when it comes to Greek) to stick with it, even if it's for a tiny little language as Luxembourgish: I promise it will be well worth your effort.