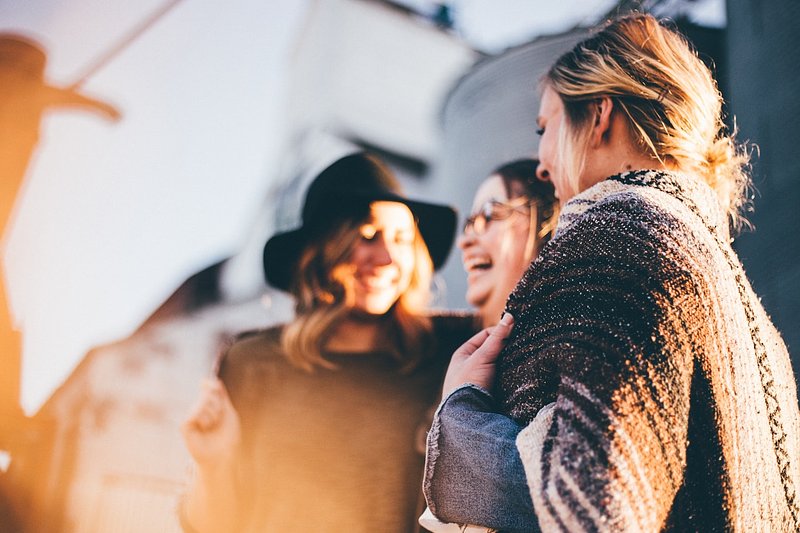 I told myself, and my editor, I would not write an opinion about this topic and yet here I am.

As a Luxembourgish person, who grew up in an 'immigrant' family, I felt the need to give my two cents.

Like many of you, I read Charlotte's article about not heckling her for her inability to speak Luxembourgish. As a fellow 'international', this is not something I would have done either way. I studied abroad, lived in different countries for several years. I always spoke the language, but I understood if others did not. We mustn't forget that we are in a pretty privileged situation here in Luxembourg, most of us speaking around 5 languages.

But on the other hand, I was born and raised here, my foreign mother spoke Luxembourgish with me for integration purposes, as if she would not have done it no one else would have. Something I am still grateful for to this day. Again, not everyone is in this privileged situation.

And no you are not expected to learn all three of our languages, I barely speak enough French to carry a real conversation, so by all means.

Truth is, the Luxembourgish language has always been a sore topic among Luxembourgers. It's a real language, it's not dialect, so please don't tell us otherwise. It's a fact, and linguistically speaking there is no difference between languages and dialects. The only thing that differentiates them is that a language has some prestige whereas a dialect does not. It has an army to back itself up, so to speak.

I studied linguistics as part of my bachelor's degree in European Languages and Cultures, in case you are curious about my qualifications for arguing this.

Charlotte wrote in her opinion that she looked up what languages the population speaks and while that's a valid approach, it does not capture the way Luxembourg really works. The same of a reader comment saying something along the lines of "why should we bother to learn a language only spoken at school or with the elderly"?

I'm 27 and Luxembourgish is my go to language, wherever I go.

And I can tell you why you should bother to at least try: Respect. The same respect you'd love to get from us am I right?

In my experience, French is actually the one language Luxembourgish people dislike the most. This makes me wonder if the teacher Charlotte talked to wasn't just annoyed by the fact that she would rather learn French than Luxembourgish. That would be the case for me. German would have been less of a problem as well.

"It's a language, on a daily basis practised by 250k people tops", says another comment. And while the actual number is higher, it's not about the number of speakers, it's about the country you're in.

Another comment said it was pretty "xenophobic to force other people to learn their language". I think it's pretty disrespectful to not even bother to try. And yet I am sure there is not one other country that is battling with this issue the same way we are. Because we are small? Because we speak other languages?

That's not an excuse to not botherto learn Luxembourgish. I'm pretty sure that for Germans vacationing in Mallorca over the summer, forcing German on the locals is not seen as a normal thing. So why is it here? Should we expect all the Spanish people to learn German because they bring the tourism ergo the money to the country? Again, I don't think so.

Charlotte even said in her article that if it was any other country she would have learnt the language. That it's normal.

Normal everywhere except in Luxembourg?

It's sad to read all the comments of non-Luxembourgers and to see them bashing our language. Luxembourg is more than happy to be such an international hub, we gladly accommodate you and help you out by speaking French, German or English. So don't tell us to "be humble, that if it wasn't for the money you wouldn't be here". How is that not phobic towards the Grand-Duchy? But we're the xenophobic ones for asking the bare minimum of respecting our language.

One comment argued about the Swiss languages and that "depending which canton you lived in, they would all be more useful in the outside world than Luxembourgish". Not sure how far you would get with the Romansh language.

So yes, show us the same respect. Don't talk that way about Luxembourgish, and try to understand at least basic conversations. We've got a great Learn Luxembourgish series and Tom Weber put a lot of effort in the different lessons and even recorded basic phrases for you. It's a great start and will be greatly appreciated.

This is article is not against internationals, foreigners, immigrants or Charlotte in any way. I respect Charlotte, she's a great person and I am lucky to have met and worked with her. And remember, I am part of an immigrant family as well.

But if you are living in a country for more than a decade you should be able to master basic communication in said language. Same for the frontaliers. Yes we speak French, but you chose to work in Luxembourg, you should be able to understand a basic transaction like buying a loaf of bread in the national language.

We need to adapt because people refuse to adapt to us. It's not fair.

And for everyone that does bother to try, thank you! It's a shame that Luxembourgish language courses are hard to find and secondly don't seem to happen after you mastered A1/A2. That's on us, not on you.