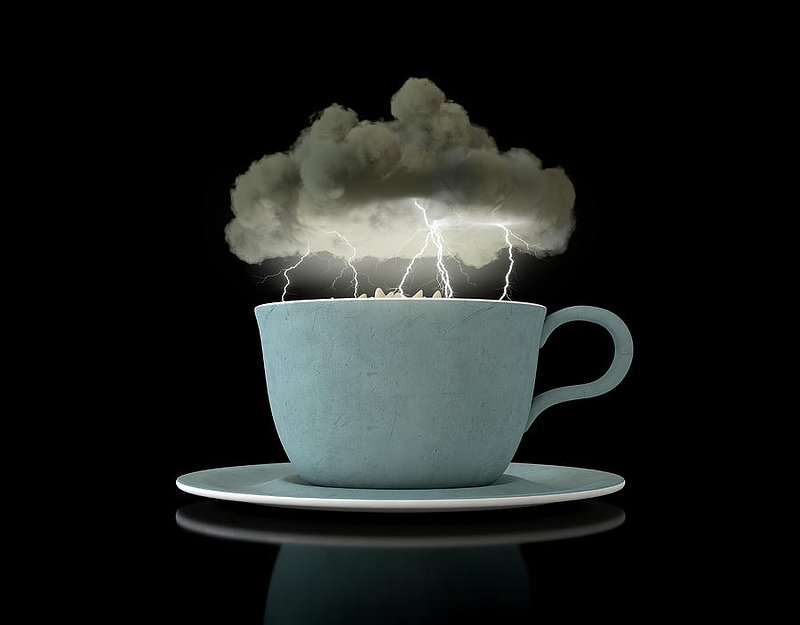 The excitement of the weekend, for want of a better word, fizzled out as storm what's her name* passed through the Grand Duchy and Stephen Lowe was a little disappointed.

There is an odd predicament involved in being someone 'paid' to 'do words', in that a lot of that which works aloud does not necessarily transfer on page/screen.

For every pithy aside, clever pun use or amply applied alliteration, there needs to be some grounding in what will 'fit' the subject.

Square pegs and round holes.

As this weekend's meteorological machinations made an appearance on an otherwise solidly slovenly Sunday, I was giddy at the prospect of a 'day of days'.

One of those 24hr windows where, despite the apparent onset of doom, the overall outlook would be a cause for celebration.

Hoping upon hope that in netting a winning strike deep into extra-time, that said action was not going down in the books as an own-goal.

Journalism, for want of a better description, these days requires speed as well as substance. Daily print runs gave way to weekly, to monthly, to periodicals, to headlines that can be easily lifted across multiple-platform media.

With the more haste, less paste mindset at the fore, when a big story lands in your lap there are many reactions. There's knee-jerk, get it out there and amend after. Or there's a pause. A breath. And then a flurry.

Of activity. Not ice-cream, more's the pity. 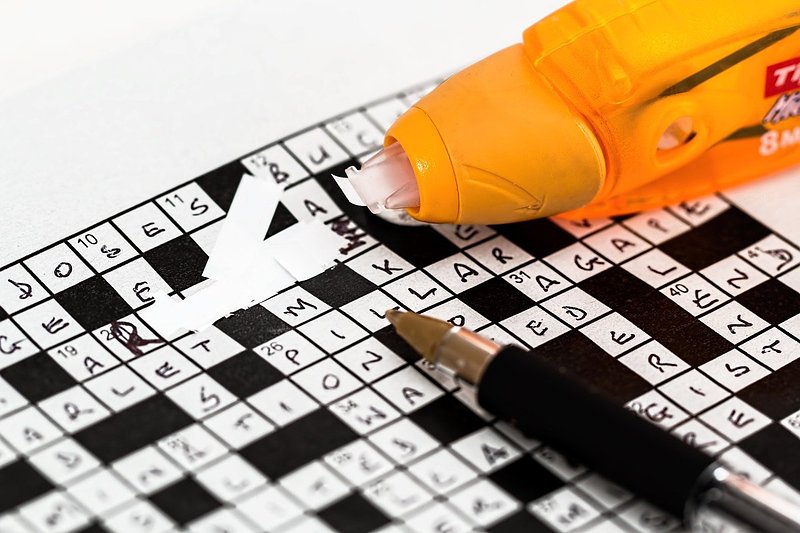 You see, as soon as a 'scribe' uploads an article/a post/a missive to the digital realms occupied by the hyenas that are a rapidly rabid audience, it is clear that mistakes can be made. Commas, Oxford or otherwise, may get misplaced, thrust into the swirling syntax of what is intended to be a well-structured and well-meaning story.

So, when we make the odd, occasional or offending error, we are made aware fairly quickly, fairly abruptly and fairly frequently by our readers. Often, this happens by well-meaning folk, for whom pointing out our error is akin to healing a fallen bird, nursing it back to health. Here and there are passive-aggressive smileys on otherwise perfectly pleasant posts, but we live by the sword, we die by the 'enter' key.

For others, and these make up the majority of a minority, it is to declare themselves as superior, even if when doing so they commit far more heinous crimes of grammatical punishment. We, as a collective, have to let that slide, as it would be unfair to point out someone else's error and thus become a Grammar Nazi.

Trust me when I say that, for a 'writer', there are few worse feelings than going back to a piece in which you are a million percent certain (I know this is not possible) that very few errors have buried themselves in the blurb, only to find there are dozens, brooding and breeding. Like zits on a teen's face.

It can keep you up at night, and has.

That said, RTL Today's team is still growing. Let off our training wheels, we are more comfortable in our skin. Yet, when the apocalypse does truly come, we would want to be able to count our on-duty team members on more than one hand. Even if those team-members happened to be called Death, Famine, War and Conquest.

As with any large story, when one hits, there's a hum of excitement in the RTL corridors, the hive of activity, the thrum of keys clacking thought to description. From synapse to sent apps.

Fewer or less, for better or for worse.

There's a need to be first. There's a desire for the clicks. The digital traffic must be enticed, like moths to a cleverly worded shimmer. But there's journalistic integrity to take into consideration. And that, folks, is a will, when there is even a way, that must not be bent.

It's why, when I am not supposed to be on duty, I am scouring sites for quips, for leads, or heading online to cast an eye on the 'other lot' and deconstructing their postings.

Weather is a winner.

Always is always will be.

As are traffic complaints.

As are speed cameras and road accidents.

These things form the cornerstone of our business.

The public will read what they want to, like it or not.

Sometimes they will read what they don't want to, solely so they can rightfully feel annoyed at reading something they already knew would annoy them (I can already feel the faces redden). 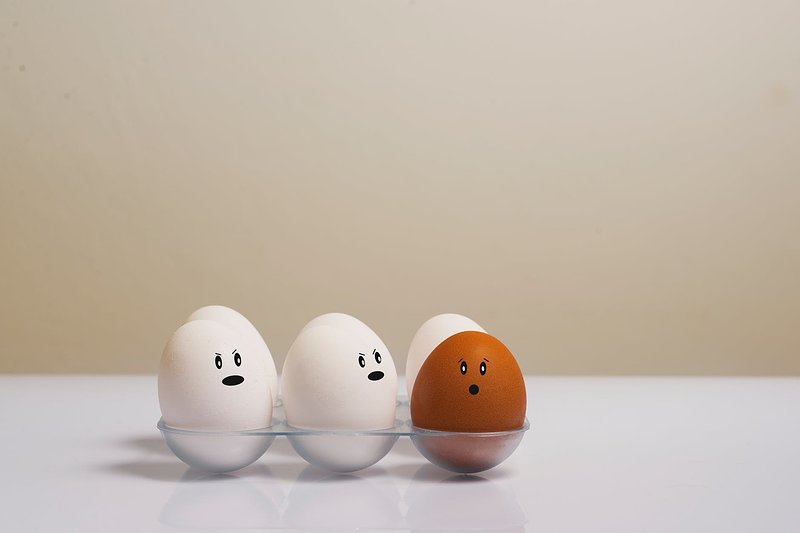 So, on Monday morning, earlier than usual, as I wanted to get ahead of things, my wife says (poetic license taken): "So, I suppose you're just hoping that a roof tile flies off and smacks someone down dead, are you?"

Last year's tornado, as some media have welded on to this year's storm fronts (I will here too, have beaten them, will join them), caused millions of euros of damage.

I was on holiday in the UK when the Grand Duchy's twister touched down, and was doing my best to keep atop of the headlines as they refreshed and were pushed through apps and were added to feeds across social media.

I was delighted for a number of reasons (four, to be precise):

I was worried for myriad reasons (well, five):

Yet my wife's words hung there, like that dagger in Macbeth, hilt tilted...was I hungry for something bad to happen?

I've seen Nightcrawler and I know enough about my own warped psychology to know that we (ergo I) do not like ambulance-chasing stories. There's something about them, and the morbid curiosity they stir, that just doesn't sit right. And this comes from someone who has written thousands of word about bringing a coffee-cup to work.

Besides, we have a Domingos here, he just loves that stuff.

Martin Jonsson, a colleague (who is 5% better than me), a soon to be co-relay runner and all round good-egg, also had a dose of the 'can't sleeps'.

As those rafters rattled and the bats in the belfry became more boisterous, so did the ideas in my brain hollow become increasingly loud.

Had I covered everything, was the sequencing in the optimal way? How could I begin the next day? What if the stats dropped off? What if, while I was sleeping, the major news story happened and I slept right through it?

Had some of the wording been too... 'excitable'? What about the image selection, was it relevant? Did it fall on the right side of tasteful?

That being said, now that the dust has settled on Sabine/Ciara, or Ciara/Sabine, if that's the way around you prefer, I am wondering about the level of drama the press adds to such events.

Media panics, moral panics, scattering the herd for the sake of casing a stampede, they seem to be a 'thing' of the UK's red tops and lo and behold, we also have red top.

I checked back through the articles we carried and was delighted to find that there was no such media meddling in our stories, we had not opted for the easy wins or the exaggerated headlines.

We had gone for the multiple angle, many thread approach and we had managed to keep the public informed with traditional sourcing.

We did make some spelling mistakes though ;)

So while I, as a human, am obviously exceptionally pleased that no one has come to harm, that the damage (my wife and I took all our patio furniture inside - it’s still there), for the most part, is merely material, a small part of me, the one that lurks on the stats feed even when I'm off shift, is slightly saddened that we had no real drama, I had hoped for more stories to tell.

This large scale weather front passed by with rather little fanfare, though we, and the press at large, have tried to strike up the bland this has all been much ado about nothing, really.

In many ways, long may this continue.

In others, I remain hopeful for more.

*Here is the reason why.
Stephen Lowe is a journalist and senior editor with RTL Today, a freelance DJ / Podcast host on Eldoradio and a short film director/producer.