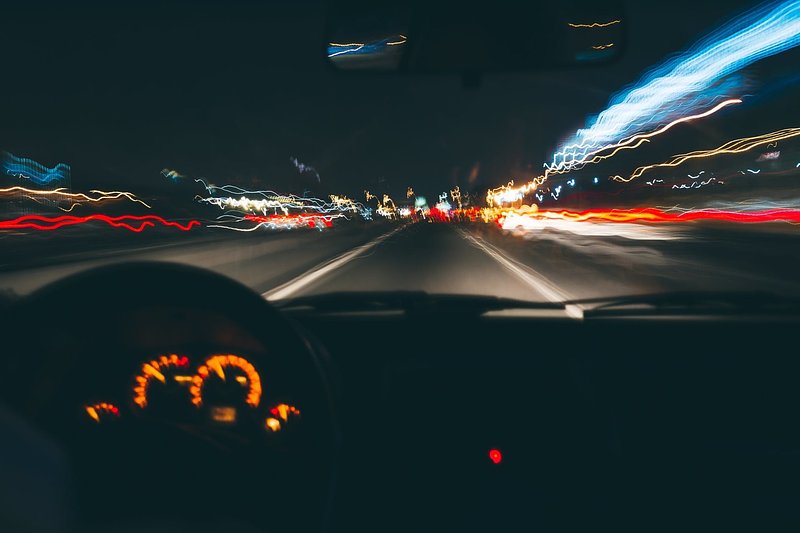 A vast number of commenters below the line on RTL Today's socials suggest popular consenus around Luxembourg speed traps centres on them being mere money making mechanisms...Stephen Lowe considers the dangers of such stunted thinking.

Luxembourg's people are a fickle bunch. If you are wanting to remonstrate, take a number, join the queue, your viewpoint is very important to us.

A customer service representative will be with you shortly.

Speed cameras are becoming increasingly common on Luxembourg's roadways, and just across the border (where they remain incredibly unpopular), their presence is stirring the type of ire usually reserved for the unpleasant muck which the more unfortunate of us have to scrape from our shoes from time to time.

Data from Eurostat show that Luxembourg's road death rate has gone from the 5th highest in the Union - at 17,4 per 100,000 inhabitants - to the 10th lowest, and below the EU average. Which is great if there weren't conflicting stats doing the rounds.

In 2018 the Ministry of Mobility examined the toll of 2018's road accidents: they concluded that there were 234 serious accidents, of which 31 fatal.

The Association of Road Traffic Victims (AVR) declared the 2018 report as "catastrophic".

Now, being honest are you a speeder? Have you gone above the limit here and there, to get from A to B just a touch quicker than that which is signposted? The law of averages will suggest you have. We are not assuming this is habitual...maybe you were late for a date, a flight, a meeting...getting home...point is, chances are you've scooted above the national speed limits.

I'll start you off shall I, under starter's order so to speak, yes... I've been caught speeding.

Yep, I have been caught speeding. I am not proud of it. While we are at it, it's been more than once. I've never been banned though, as the fines and points have been at intervals where they were not sufficient for a ban or came after a renewal. And, just like the pitchfork persons who gather in numbers to salivate as they describe just how draconian speeding laws are, I have that moment of annoyance, where my bank balance flashes before my eyes...

But what if just one of those times where I am grateful for not being banned had instead resulted in an accident, and in said accident myself or someone else were to have sustained injury, or worse, what point did my haste prove?

If we are talking about speeding as been unsafe, rather than being simply illegal, are you prepared to argue that speeding is safe?

Are you one of those that suggests you can handle your vehicle at greater speeds? You are, in effect a rally driver, or the next Hamilton...you can react with a fighter pilot's accuracy to the upcoming and ensuing dangers that are on the streets of the 'Burg and in a global capacity?

Are you really that glib that you can blithely swat away the argument that everyone, yes, each person...including you, driving at a regulated pace - one that was proven capable of reducing serious injury and death in a multitude of pre-prod safety tests - would make for safer roads?

I know that city centre, peak time driving is an outlier, as jams mean top speeds are rare, but it is really rather simple, don't drive faster than the allotted limit and you'll have far less cause to grit your teeth and/or grin and bear the weight of the cash money so ruthlessly deducted from your zeroes and ones.

Mobile speed checks seem to to the most annoying of operations for our readers (at least those that comment), as if the police checking that your speed is correct is a hindrance to their day. Is the same to be said about winter tyres, general road worthiness, mobile phone use, driving under the influence...

There is a very real tendency for members of the Luxembourg to require the long arm of the law to stretch to other areas and deal with other issues that do not directly involve these individuals.

*the two are not directly comparable, that is not the intention of the comment
Essentially, we have persons and people that want more police pressure only when same said laws, regulations and dictates cause entirely no impactful changes to those reasonable citizens' movements.

Fixed cameras present issue to only those who are forgetful or are new to the area (tourists, forsake of argument) right? And here you could attach the basis of the complaint that the 'Pigs' are building their 'sty', but wait...do tourists not know of speed limits either?

Whether the location of a camera is a surprise or not is irrelevant if the driver adheres to the signs and safety. But, let's say that the camera flash more tourists than in-the-know locals, is that really going to turn over millions of euros? 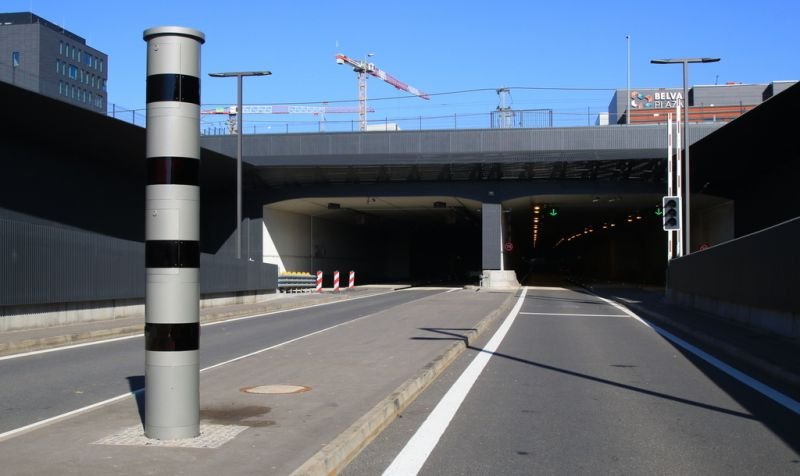 Isn't this whole conspiracy a means to absolve yourself of blame... "aaahhh, they got me again, expensive passport photo, but haven't they got better things to do?" cried Whitney, who moments before getting flashed was applying gloss to lips and almost missed the lights.

Which brings me on to the next point - traffic light cameras...for the amber gamblers among us, surely this is a good thing? Fining and banning those that fail to use traffic lights correctly, or is this yet another case of the Nanny State controlling our free will?

Don't we reduce those that are dangerous access to the very things that make them, well....dangerous?

"Aaahhhh but everyone does it, don't they?" Well actually no, Clive, they don't. At least not all the time. I know of people in this very vestibule who use their B&W snapshots as a badge of honour. They are often framed on the walls. Everyone laughing at the photo being so not Insta-friendly.

Kitchen counter chats are frequently about the placement of speed traps and where you need to drive with particular care to the speedo and where you don't.

We, as in RTL Today, are culpable in becoming an enabler for just such behaviours, inasmuch as that our morning bulletin contains the very specific locations of the cameras for the day. Radio stations will regularly provided bulletins on where listeners have seen hidden cameras, as if it's the PoPo being the paparazzi?

What is it about speeding that pulls communities together? Honour amongst thieves? I know, I know, steady on Steps, don't be calling our law-abiding Citizen Vains thieves...we are all reasonable folk and speeding isn't that serious. It's not like they are putting people in danger, are they. These metal vehicles zooming out of control with inertia and tonnage smacking into trees, boulders, other vehicles...flesh, sinew, bone.

So that's a tricky contradiction to navigate too, isn't it. The police post their whereabouts of their radar controls/checks on their site, news agencies proliferate and share this info on their own pages so that the Gen Pub know precisely where the crafty speed siphons are lurking.

This results in a kind of automotive Fartlek training. Sprint, Jog, Walk. In essence/diesel, this means greater speeds up until the point at which braking is required to fall back under the accepted levels. You see and hear it everywhere, revving then heavy braking.

This is perhaps where the average speed cameras will be a good thing too, requiring an adherence to the limits over a given distance. Yet again, the workaround will be to 'win' time outside of these zones.

How can a so-called money-making miser make money from catching you breaking the law as a means to line the pockets for the chiefs and suits when they are informing you of exactly where they are doing it?

Do muggers carry signposts to indicate their intentions? 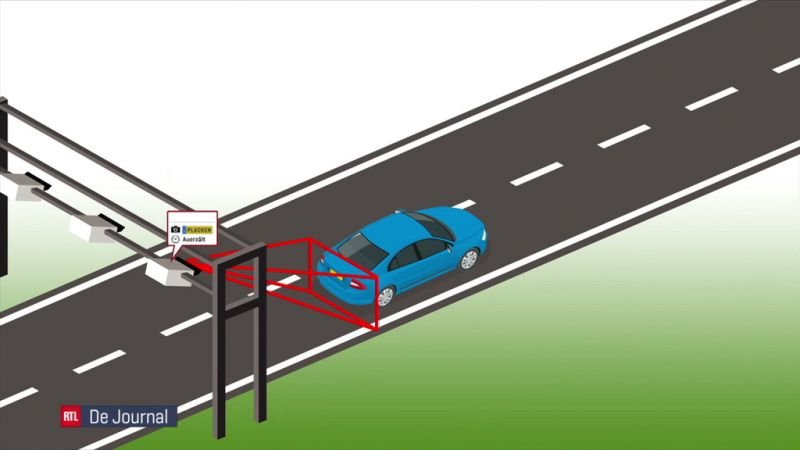 I have been in conversation with colleagues in the past where they have argued that driving the limit is to be above the benchmark by the 'accepted' amount. This tolerance varies from story to story...

"I was flashed in a 50 zone, I couldn't have been dong more than 57kmh and with the tolerance, I shouldn't have to pay this stupid fine," says Benedict, who has been flashed for the fourth time this year...

"I was braking when the camera flashed me, so I couldn't have been going fast than one thirty, one thirty five!" pleads Arsenio knowing that he crossed the border and thus fell under new regs.

Some years ago it was common place for speedster to tear up the asphalt in Luxembourg and vroom off into the sunset of the borders without even considering to pay the fines chalked up in the Duchy streets.

Those outmoded laws have caught up with the multi-culti lifestyles of the Fast & The Furious and, just like parking fines have now become a pan EU operation, so has nabbing those who like to 'go fast.'

So when Janice says she's annoyed that ACAB for catching her doing 70 in a 50 and that they should be catching real crims, what she means is that hopefully, as, you know, everyone does it, that this law break is less serious than a petty thief. When in reality Janice, YOU ARE a petty criminal.

Plus the system as it currently stands (info here) mean that there is a relatively low amount for a minor discretion and that the amplification only comes into play after repeat infractions. For many, a 17eur, 25eur, 50eur is but a mild annoyance.

So how do you actually get people to slow down if they don't want to or aren't sufficiently fearful of substantial punishment?

More cameras means a larger catchment in which to cast a net and thus nab repeat speeders. Stronger or stricter controls and heftier fines will be surely met with a public revolt.

We could adopt a process similar to that tested in Estonia  Drivers caught speeding along the road between Tallinn and the town of Rapla were stopped and given a choice. They could pay a fine, as normal, or take a “timeout” instead, waiting for 45 minutes or an hour, depending on how fast they were going when stopped. (source Economist)

This approach is practical in many ways:

A speeder would have to weigh up the money/points against the time lost and the knock on that would have and indeed the explanations needed for detailing why the driver was late... It is hugely embarrassing to be pulled over by the police at the best of times. Let alone being forced to sit for an allotted amount of time in your stationary vehicle.

And what does that cost when time = money.