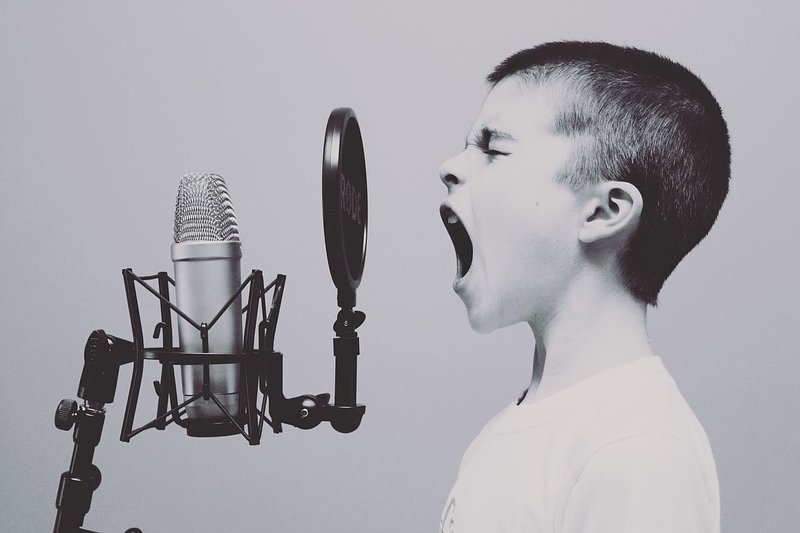 Do you know what a Finsta is? Or what yeet means? Keeping up with today's slang is hard AF, thus some profanity is (un)avoidable.

As has been noted in some of my other scribblings - can we call them that, given that they are fingertaps? - I've two young children at home.

The pair of them are bilingual and, thanks to schooling (German schools btw) are also going to be exposed to French. It is, of course, a wonderful thing to be able soak up languages at a young age and I wish that I had a similar opportunity when I were a nipper.

My school was fine. Not overly rough. Middling on the OFSTED scores and had decent enough facilities for all aspects of learning. But being as it was in Southern England, we had some rudimentary French and German, let's say an hour a week for each before, at aged 14, we were were to chose which to become specialist in. That meant upping the hours from one to three. There was, of course, the option to replace language with a science or humanities based topic.

Unfortunately, that level of teaching rarely produces fluency, not such as that on display in this country anyway.

In our house there has been a long standing joke amongst the kids and their mother... my eldest (who is developing a nice line of sarcasm) piped up that he had been thinking of the language rankings of our household.

Needless to say, the scamp had tickets on himself as being the prime slice of language pie, but the order as is represented is as close as I can remember, and follows thusly:

Now, whilst I have undertaken some private study and managed to reclaim that sacred 4th spot from the feline interlopers, I still struggle to understand and comprehend much of what they are saying - my kids, not the cats.

If my cats could talk, I would be on a sell-out worldwide tour rather than sitting here stretching out a word count for you to enjoy/endure. 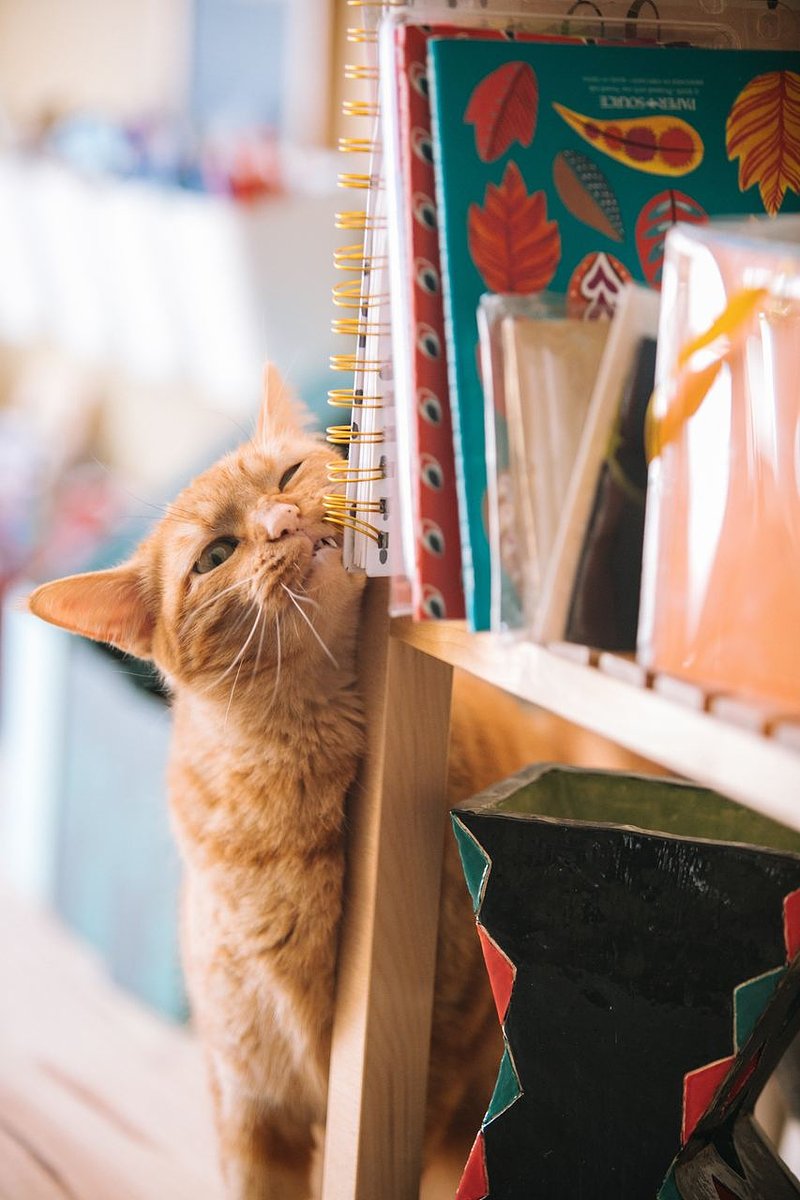 © Photo by Tucker Good on Unsplash

My latest worry line is less to do with general language breakdowns than it is a generational thing.

I know full well that during parts of my life, my peers and I were guilty of hijacking popular phrases and proffering them as our own. The Budweiser 'Wassup' being the most readily available example, or many lines from Friends, 'Aahhnuld' quotes and their ilk.

Like stealthy whispers, these words became part of the accepted dialogue and more often than not would end up appearing in the updated Collins' or Websters' or Oxford's.

So, where I might say 'What the fuck?', my kids will say 'What the fish?' and though the inference is of a stronger meaning, the effect is of a softer statement. After all, what are words other than how we hear and understand them? Is it our inherent mechanism, or rather our upbringing and taught responses to offensive words that makes them offensive in the first instance?

Can I be angry at my child for circumnavigating a non-defined clause in contractual swearing? No, I can't, he's done nothing wrong, though we both know what he meant as he skips away giggling.

There was one such time when my youngest trailed merrily into our kitchen and stopped dead in his tracks, and like a pointer catching the scent of a SQUIRREL, he turned his nose to the bin; "Mummy," he said, in his then 5-year-old lilt, "...that fucking stinks!".

To say that my wife and I sent the foul-mouthed little urchin to Correctional School and had him given the full Clockwork Orange would be a lie. For while we were shocked (and appalled, yes, yes), we were also in fits of giggles. No one wants their child barrelling off and spitting out a bunch of sweary epithets to all and sundry, but such was the preposterous nature of the situation we couldn't help but lose it.

Of course our kids don't flip off profanity as and when they see fit but can you hand on heart say that your fresh faced little munchkins aren't repeating precisely the words they hear from your own mouth boxes, TV, radio, music, peers, billboards, podcasts, fashion, celebs, influencers etc etc? If you think you can, then sorry, you're kidding yourselves.

Are you aware of your children's digital habits? Are you up to date with how they are speaking to each other verbally or non-verbally?

Not only have I found it increasingly tough to keep abreast of which Brawl Star brawler is the best, or to continuously monitor apps, or check YouTube feeds and streams, or be on the constant look out for dangerous memes, I also now need to admit there is a third (ok, fourth) language I have little to no hope of keeping up with.

Modern comms are such that kids can converse entirely in emojis or acronyms. To them hieroglyphics must look relatively easy.

That is to say, now well in my 40's and struggling with a fair bit of weight (physical as well as mental) it is quite the task to get with the programme, or indeed 'Boogie wit da Hoodie'.

My kids are not yet at the point where they are talking in tongues, or even trying to hide their conversations from their parents. BUT it is a matter of time.

There comes a stage when every parent has that slapped in the face with a wet fish moment, we are old now.

As soon as a word, just one, passes you by, and you acknowledge it even though your stomach drops out of you because you know it's 'time', it's game over. You are now an 'oldie', you can try to drop some terminology in, but you may as well don a man bun and leather trousers, so obvious will you be out of place.

Without further ado, here are some of the mouth sounds and hand symbols writ from incredibly dexterous and terrifyingly swift, opposable thumbs. 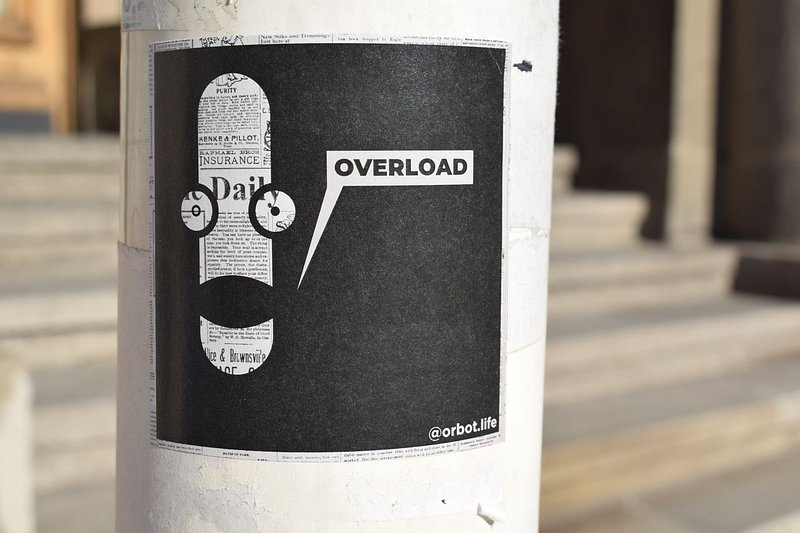 Fear thy words, for they forsake you

Beat cake: not the nicest one to start us off, this means rough sex. Make sure your kids have had 'the chat'.

Extra: unnecessarily dramatic and over the top.

Finsta: A “finsta” is a second Instagram account used for sharing with a smaller circle of friends and followers. This account is sometimes kept a secret from parents. Kids usually post info that is secretive from their public profile.

Flex: showing off. Being a douche.

GOAT: easy - "greatest of all time," with strong roots in American hip-hop.

Go Off: encouragement. Positive and/or negative.

I can't even: Not the way you might think, usually associated with can’t believe it / take it any longer. Examples: NEGATIVE: This whole week has been terrible, I can’t even. / POSITIVE: I can’t even with you two. You’re so cute!

Ima kms: Used sarcastically but quite a tough one if you don't know the context - “I’m going to kill myself.” (Or, if said aloud, “I’m’a kill myself.”)

I'm weak: nothing to do with energy or strength, this means drained due to laughter.

I'm dead: as above but more so. Extra even.

Lewk: a signature physical trait, or a specially and carefully constructed outfit or appearance.

Low and Highkey: one is discrete the other is more assertive. Gauging levels of interest.

No cap: Very truthful. Usage, 'I swear I kissed her, no cap.'

Salty: to be annoyed, upset, or bitter, usually about something minor.

Shook: usually negatively and emotionally. It can also mean shocked, surprised, or scared

Stan: a noun for an overzealous and obsessive fan, or a verb meaning to be that kind of fan. It originated from an Eminem song of the same name.

SZN: used as a short term for season.

TDTM: Talk dirty to me, parents of teens need this one committed to memory.

Thirsty: Craving attention, and not only attention from peers, but from potential lovers. Also pay special attention to the code “LH6”, which means, “let’s have sex”.

WYA: Easy, even outside Bletchley circles - where you at?

Woke: a political term of African American origin refers to a perceived awareness of issues concerning social justice and racial justice. Often misused to suggest someone is not knowledgeable.

WTTP: Want to trade pics?  this could set off alarm bells, depending on situation.

Yeet: An expression of excitement, dancing or throwing something. Dictionary.com says that “yeet” is an organic interjection that sounds similar to exclamations like “Yes!” or “Aight!”

Zerg: zerging is a form of cyberbullying and aside from not being tolerated, it can have social and legal ramifications. Get it dealt with asap.

In a world that is predominantly structured around meme culture, ever-changing social media platforms, and the ability to cram your thoughts into a 280-character updates, a grasp of basic slang can make or break your credibility as a functional and supposedly cool human/parent.

This is an exam for which I am thus far scraping a C-.

------
Stephen Lowe is a freelance journalist, editor with RTL Today, a freelance DJ on Eldoradio and a short film director/producer.