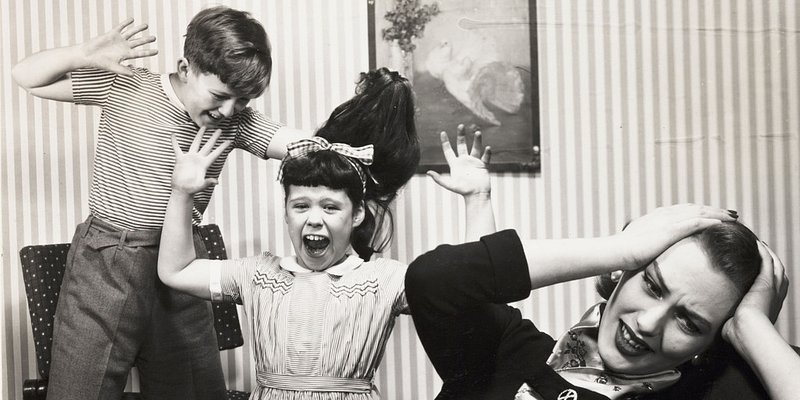 School holidays, let's not mess about, are an incredibly stressful time - and that goes for your kids too. Stephen Lowe is not particularly domesticated, so it's no surprise it's all gone Lord Of The Flies.

The toast is burning, the cat's just regurgitated a half digested mouse on the sofa.

There's one child on the toilet, another not yet in the shower, though the shower's been running for five mins (this is a fictional tale, so stay calm activists). The phone is ringing but the location is a mystery. The internet has just gone down and no, not one solitary person knows where the laptop charger has gone.

And, yes FFS, this is completely the wrong cereal. The future tiger is 'lame' and the Dino-bunny sugar coated wheat lumps are the new best thing since sliced bread.

The dishwasher is full and the washing machine is jammed shut.

So many first world problems in an opening paragraph, albeit an overly truncated one.

Now, I will not pretend to be organised. I'm not so much the 'by the skin of my teeth' type, rather I'm a 'I can't believe how I've actually managed it' character.

Much as the Christmas period sneaks up on us, despite being advertised in early August, the time spent between casually chatting over the dinner table (a rare enough occurrence) about plans and schemes for the summer break is but a speck in the distance one moment and smacking you about the forehead with a wet fish the next. 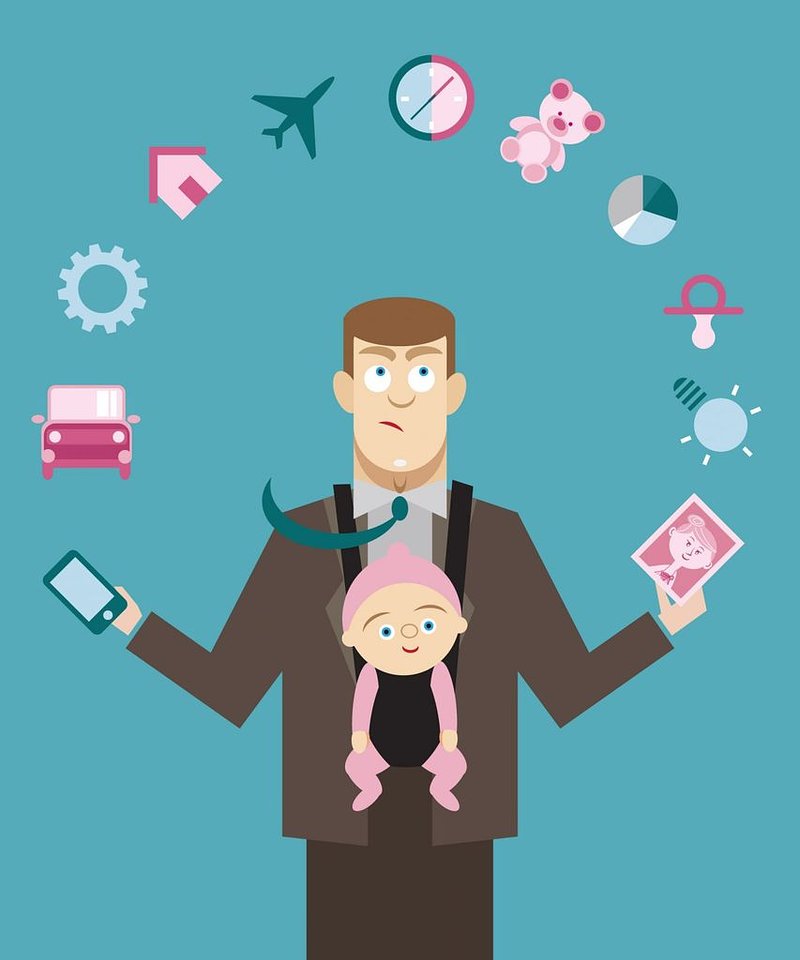 This irregular chat burst (in our house) revolves around just how we (the parents) will manage all the requirements of work, play dates, family visits, more play dates, meetings, doctors appointments, excursions, sleep overs, general household responsibility, and, you know, our own sense of socialising....or even, as Hamlet once said to "sleep perchance to dream".

The missing puzzle piece in getting this all to stick together is not so much a jigsaw as it is the complete requiring of adults to glue together a bowl of cornflakes and make it look like a fully functioning babysitter. While blindfolded, on a unicycle and suspended above a tank of sharks with frikkin lasers attached to their heads.

This complete solution should be patient. Wise. Entertaining....but not too entertaining.

And should preferably be one that has multiple USB ports, unlimited broadband and an encyclopedic knowledge of Pokemon.

"Well, it was your choice to have kids", I hear you calling from the back. Yes, indeed it was, and I would not swap it for a week long stint on an island resort for a scripted-reality TV show.

Or, thinking about it, maybe I would. Perhaps that would be tele-visual gold dust. Think of 10 sets of 2.1 families, all sent to some obscure villa resort and left to deal with it, there'd be tears before happy hour. It would be must-see TV.

Steering back to the point at hand, for many busy (and some not so busy), working families, the holiday break can feel less like a holiday/vacation and more like a blizzard of activities, excitement, parties, errands and stress.

I am aware that there are fully-functioning completely organised folk, who have not just this year's plans down pat, but also have 2020 licked. And let it be known that I hate each and every one of you.

My wife, as she has each summer holiday cycle, says the same thing; "It will be nice to have the kids around a bit, won't it? You know, we can go out on bike rides, head to the swimming pool, take day trips..." It's as if Agents J and K have been about and done her over with the Neuralyser (steady there).

School holidays are important for children, this much is true, as they offer a break from the routine and demands of school. They also give families a chance to spend time together doing things they enjoy.

Many parents piece together multitudinous methods of childcare, using a mix of formal and informal (complementary) childcare across a week. Such arrangements tend not to be discussed beyond the level of the household. As a consequence, little is known academically, in workplaces, or publicly about how working parents manage the juggle. This is another way of saying that the white flags go up in one house and another takes the extra load.

Suddenly your kids are bargaining chips, you'll agree to take your neighbours' kids for an afternoon, if they'll take yours for the morning tomorrow etc etc. All of this is done with the sly nod of hoping that the naughty kids don't have to come to your place AND the desperate hope that your kids ARE NOT the naughty kids...sad truth, they probably are.

Camps are a godsend.

Some maniacs....or megalomaniacs, take your kids for a fair wedge of the day, though usually NEVER at the times that are convenient to you as a working parent.

Timetables are variable. They will be from, like 8.50am till 2.27pm. Ensuring that you are going to be late AND have to leave work early.

These camps also often require a mountain of equipment. Specific to each day. And each day's activity is supposed to be different. Unless, as in this year, the kids end up going swimming every day due to the heatwave.

There are residential camps, of course, and a big YAY for them, they help with tackling separation anxiety. They teach your kids a little about independence and, for the most part, allow for kids' social development to grow outside of typical school, family based environments. But, while these seem like a great 'fix all' not everyone can a) get a place, or b) afford them.

And the camps are usually only one to two weeks in duration.

Even if you do take two weeks paid vacation and embark on a family holiday, that's only two thirds of the summer covered.

Enter the helicopter grandparents. On standby at a moment's notice (in reality a couple of weeks) to get run ragged by your offspring before being bundled exhausted and broken back into the plane/ferry/train/taxi/crazy-house until needed again for half-term.

Further, when kids are in 'holiday' mode, can you shift them from their sleep pits? No. You cannot. Arthur has more chance with getting Excalibur out of that god-forsaken lump of rock than you have getting the kids out of the door when they've set their dials to 'holiday'.

The weekends are a different matter altogether. When the kids are up before even the cockerel's alarm has been snoozed. 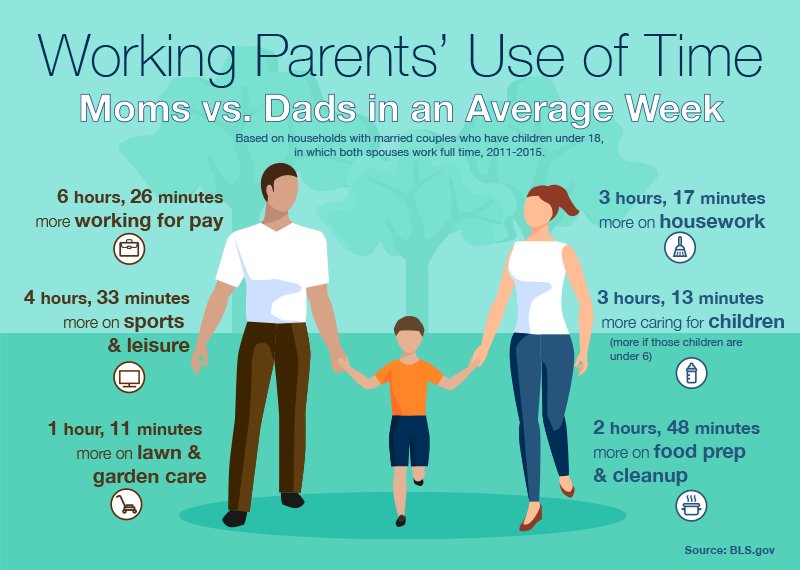 Don't tell me about 'sharing' with your husband/wife/live-in lover etc etc, OF COURSE (the Caps are necessary, bear with me) we share, of course we do, but there are times when one person's professional needs outweigh those of the other. It is inevitable.

There's also the unfortunate need to be in multiple places at any one time.

Child A has football with friend B at site C. Child B is going to the cinema with friend D at site Z. Time (simultaneously).

Parent A needs to be at work by (depending on employer leniency) at least 9am. And is expected to be there for the mandatory hours. Parent B (not less important, only alphabet order) works at the exact same time under pretty similar conditions. So, you flex it. Stretch said leniency. Work through lunch, stay later where you can, work once the kids are in bed and nix the Netflix and chill.

Workplaces are already stretched by those on holiday and the work is not doing itself. Not yet anyway, that's coming in 2029.

Lengthy school holidays are an antiquated relic of the Victorian era. They were a necessity for the agricultural economy of the 19th century when schools needed to break for long periods so children could toil in the fields. While the dates and lengths of school holidays around the world differ, a long summer holiday is still a feature in most school systems. But why on earth do they need to be six weeks in length? 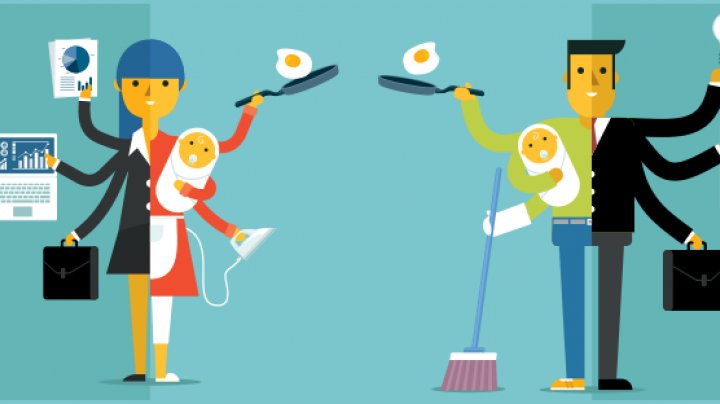 I'm not sure suggesting three sets of two week holidays, or indeed two three week breaks is any a better way to go.

It's not like the six week window means that holidays are any cheaper, even if you DO plan to go away during that time. Places are a premium and prices reflect just that. The Bundesland of Rheinland-Pfalz came up with the genius idea to move the holidays this year and thereby completely out-foxing the price regulators at certain holiday destinations, as if they would not get wind of the scheme. Parents were aghast at the schadenfreude when they realised that the operators merely moved their windows 14 days sooner.

I am shattered. My caffeine addled brain is on the replacement batteries and my wife is the same. It's tough, yes, and we really should be better prepared...but it is true, stopping for a moment to put those feelings of stress and to let the pace of the world to just 'do one'. Catching sight of my kids playing in the garden. A flash of a smile. A summertime giggle. Hands sticky with ice lollies (their's not mine) and it's all worth it. Grazed knees. Poo poo heads this, snot face that. And a million I hate you's to come.

Having the kids at home is great.

It's a moment that passes far too soon.

Besides which, seeing that my lovely munchkins** are in German schools, we are almost halfway through our ordeal, which, I suppose might be a way of me sneaking in a slight boast. Which, of course, it is.

Plus the motorways are a great deal quieter for this six week period.