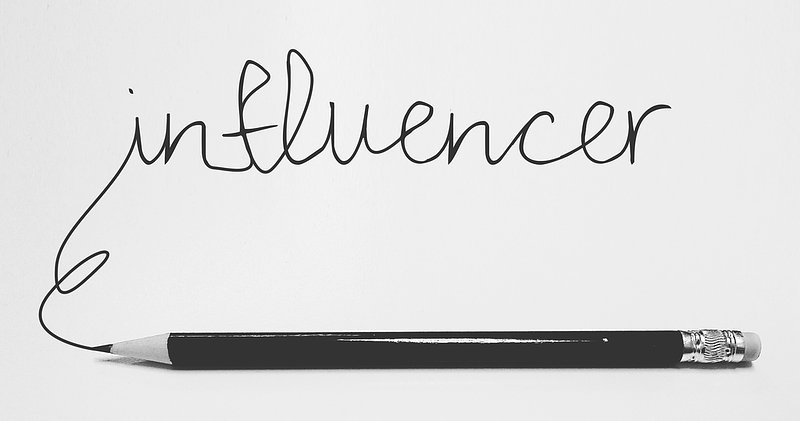 Are people becoming the new currency, and if so, what is the price to be paid?

'Stay hungry, stay foolish' said Steve Jobs at one point or another. Unwittingly creating a soundbite, a creed and a series of memes all at the same time.

If you, like me, prescribe to the notion that people are like sheep and trends are like fields, then, well, influencers are sort of the sheepdogs, if not the farmer with the 'yips' and the whistle.

These 'sheeple', that's regular, normal folk (you and me...us not 'them') are under constant attack from flashing lights, broad fonts, soundbites and recommended purchases. Simply switching on any device opens up a veritable minefield of the things and experiences you are missing out on.

One of a kind. 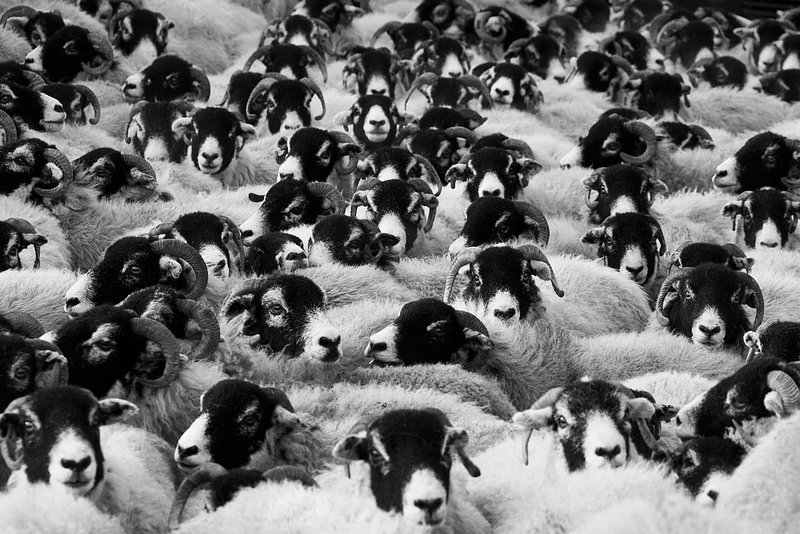 Life is exaggerated to the extent that you should really be unsure of that which presents reality and that which really is. The trouble is that these lines are not so much blurred but contoured, shaped, blended and airbrushed so dexterously that one is no longer readily identifiable as being in opposition to the other.

I've written before about the media's pull on the impressionable, the manner in which manufacturers present us with an ideal form, body type, style and look. And, that for 98.8% of the population, no matter how many ways you approach the issue, these goals are neither affordable or obtainable.

Yet still the internet is awash with the ways in which you 'should' be living your life. We need to empower AND be empowered. We should be successful, yet relaxed. Creative and zany but reliable and even-tempered. We need exposed brickwork and bo-ho furnishings. We need expensive labels and designer threads but these should be shabby chic and just -retro-enough.

Well, that's due to a version of life that's played out in digital. One that's very different to what's behind closed doors and ultra-high-speed modems.

Swans, geese, ducks  - they all look serene on the surface.

But all of them, at some point in time, have to show their ass to the sky while bobbing for food or to clean their plumage.

Swans, geese and ducks don't get paid to do so. Well, sometimes they get stale bread thrown near them and that's bad for the digestive system. And ducks have not received a penny of the royalties due them for the duck-face fad from yesteryear.

Anyway, the trouble with being led to water is that sometimes, more often than not, you'll drink despite not even being thirsty.

Wait! Hold up. Rewind a second.

I've assumed that you know what an influencer is. Do you? I didn't until about six months ago, when, while at a meeting at RTL someone mentioned that we should reach out to influencers in efforts to widen our brand reach.

I had thought this was relating to forging media relations, strengthening marketing platforms and coming up with advertising campaigns. Generally doing a better job.

Getting influencers onside is that, yes, and it is more.

You'd think that the most hi-profile influencers would be Popstars, Film Stars, athletes, well that is not really the case. PewDiePie, Kayla Itsines, the Kardashians all feature heavily but there's more to it than meets the eye.

Getting an influencer onside means they forward your message for you. For an exchange that is not always financial and nearly never transparent, an influencer will subtly position your brand in their feeds and thus endorsing your material or goods.

'An influencer is an individual who has above-average impact on a specific niche process.

Influencers are normal people, who are often connected to key roles of media outlets, consumer groups, industry associations or community tribes.  Influencers may or may not be aware of your company, but represent control of an audience segment that is important to your business.

Such individuals are not simply marketing tools, but social relationship assets. They may be the person responsible for affecting key contracts, supporting new product releases, or part of a resource pool that increases market awareness and industry shifts before they happen.

In the end, influencers are a key type of evangelist for your company.' (source: influenceranalysis.com)

To paraphrase Ray Kinsella from the movie Field of Dreams, build it (the profile) and they (the punters) will come (click and purchase).

I'm not especially versed in the wiles and ways of being an 'influencer', and that perhaps make me a unfortunate choice of writer on this subject for that very reason.

However, the propensity for every Tom, Dick and Harry (any and all of these names can be used cross and pan gender) to start out forging their own gold mine with nothing but a keyboard and a web cam, is such that the internet, nay, the world, is an increasingly difficult place to navigate if you wish to avoid being 'influenced'. 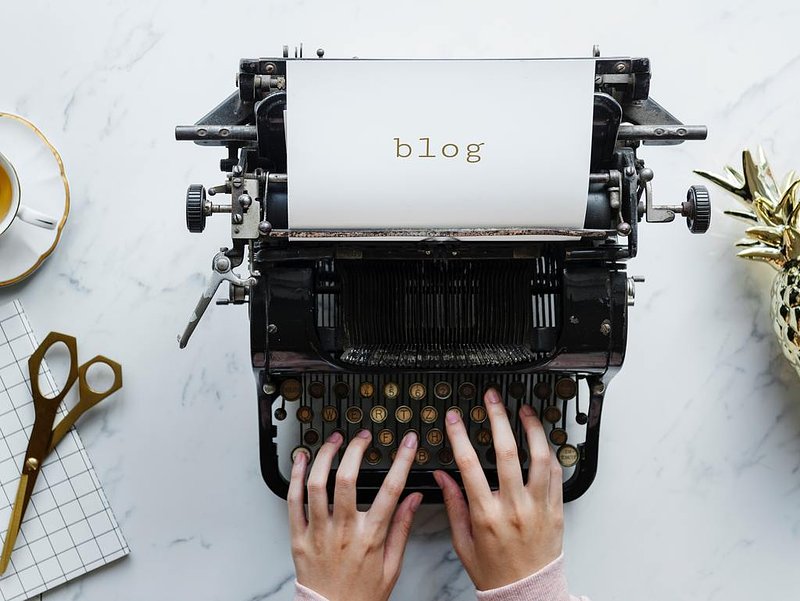 I've worked with people who've seen themselves as being influential, or at least wanting to become an influencer, as if this new rites of passage is the new barometer of success.

Arguably my line of work is such that as a means of social ladder climbing AND as a means to make money, I should be taking more of an active approach in 'influencing'.

I do hope that when, say, I enthuse about a new band, song or act, when I am presenting on Eldoradio, that people may be sufficiently piqued so as to seek out said band, act, track. But am I actively earning from it aside from the temporary rush of dopamine released when someone 'likes' what I 'like'.

It's just not something that interests me.

There are a great many influencers at work in the Grand Duchy. Many more than you would think. And I will not name any here as being an influencer is not inherently bad, but, like those people in vests with collection tins in city centres, you'd likely avoid them more regularly if you could see what was coming.

The thing is, the way I see it, as someone often wrongly described as an extrovert or, on many occasion as arrogant, being able to make a living from masquerading as 'happy' and content is an alien notion.

I am who I am and the shit is as clear as the shine.

The internet has provided a platform that allows only the best of ourselves being on display. It means that there are lot more skeletons in a shed load more cupboards. The cupboards are less the flat packed type and more 101011001 (that's a binary joke).

It does, though, seem to be the case that as attention spans die quicker than a mayfly's life cycle, that more and more of the yoof are turning their eyeholes to the black mirrors (thank you Mr. Brooker) for their shits and giggles.

But what is it to be an influencer? Is it enough to be convincing in hawking whatever it is you're selling? Or does the whole thing need to be streamlined into an ultra shiny but oh so achievable whole?

Thankfully there are now many rules in place to prevent top level fleecing of the public. Most influencers find it annoying that the FTC (Federal Trade Commission) make them disclose partnerships in posts when they are paid by a brand to promote it.

You’ll typically see the words #ad #sponsored or #spon in collaboration posts which basically means HI, ALL THOUGHTS/OPINIONS ARE MY OWN BUT WHAT I AM WEARING/EATING/SITTING NEXT TO OR ON IS NOT!

Take the case of Payless, or rather Payliss, who had a rather clever smart approach to the truth and the way that perception could be spun.

Payless bought a bunch of cheap shoes, changed their name to Payliss. Created an 'EVENT', invited a number of high-profile names. Slipped some cash to bloggers and created a 'thing'.

The knock-off shoes were tagged with a premium mark up and the 'converted' went on to pay silly money for the emperor's proverbial and toddled off into a fugue of selfie driven giddiness.

The ploy, as it were, generated lots of coverage because it cleverly reinforced the Payless brand promise of decent style for a great price, positioning it as of being authentic value.

But it was also a tweak of fashion influencer culture.

The “experts”, that they were, came off as little more than posturing phonies: a stark reminder that all influencers aren’t created equal. 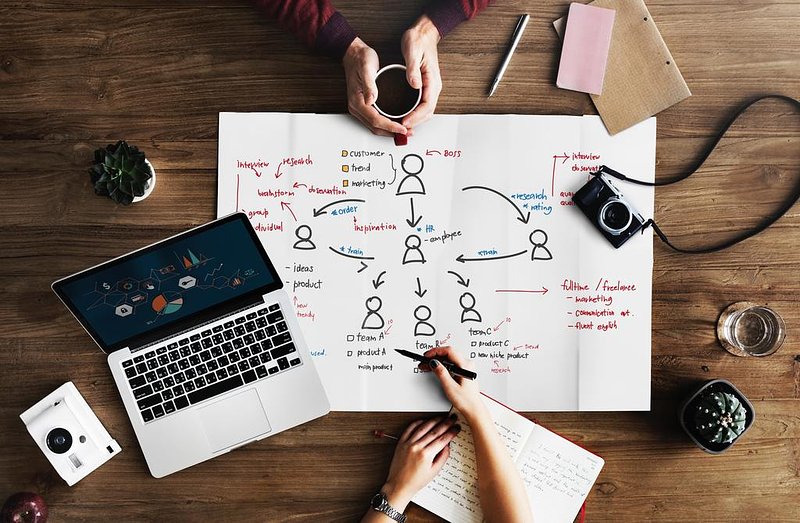 It’s not merely enough to have a bevvy of followers (paid or real) eager to confirm your world view. It's not enough these days to simply offer a superficial fit with a known or emerging brand.

A real influencer, one that can and should be trusted, needs to be credible. That credibility also requires authentic expertise or the reach that comes with an appeal that is truly relevant to the category in question.

So how does one become an influencer? Let's say you want to be 'official', how do you reach that tantalising branch?

In the case of Instagram, it's a rather convoluted process that does not simply require a preset number of followers but rather a veritable diaspora of hoop-jumping that really should come with its own Olympic category.

And what do you get after this Homer-ific journey? A measly Blue Tick. A status that warrants you as above the tide line of normalcy.

The website Relatable suggests that they’ve found the sweet spot to be to target influencers on Instagram with between 20,000 and 250,000 followers with an average of 3% engagement.

Musician Nils Frahm has this week come out to say, not un-ironically via social media, that he intends to quit social media..."Followers on Facebook work as a new kind of currency today, but I find the political and moral costs that come with it too steep to stay in the game."

He has a point, and, judging by the media clamour caused by his views, there are many in support of Frahm but they can't cut the USBilical cord.

But once we start seeing 'friends' and 'likes' as the equivalent to currency aren't we just pimping out false personality. Is this 'business need' not the very whoring of our own souls?

This day and age is one that is ultra-competitive, everyone is a critic and everyone now has a digital soapbox from which to vent their spleen and spill their bile.

It used to be that even the ink in a poison well would eventually run dry. Modernity means that there is limitless space with which to doll out misinformation, hatred and vitriol.

And just how much does a digital pound of flesh go for these days, anyway?

If this is the key to a once future's past, I'd rather keep one foot in the present and and watch as the world 'likes' itself to death.

And if there is to be but one lesson in all of the hubris and glad-happy self-aggrandising, let it be this: where there's smoke there's Fyre.