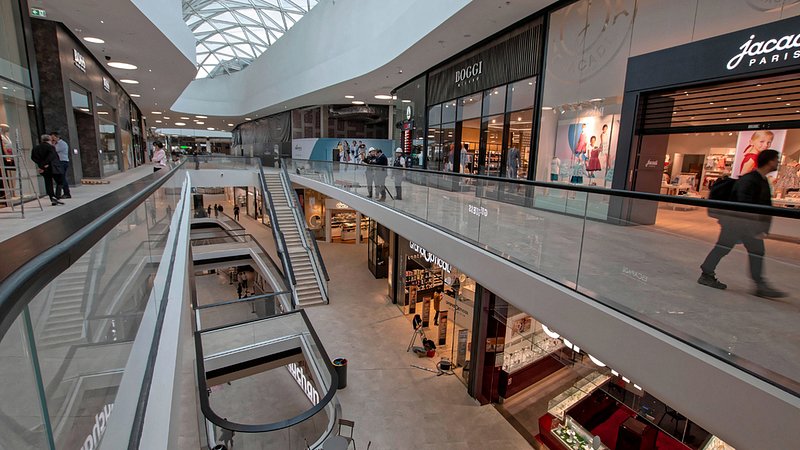 Does Luxembourg really need more shopping centres, and is the expanding number of them sustainable? Evidence from other countries would suggest not.

The "death of the high street" has been the subject of both academic and popular discussion throughout the 2000s, and in some cases dates much further back than that. Once seen as the future of shopping and socialising — as witnessed through the deliberately rose-tinted glasses of the most recent season of Stranger Things — the appeal of the 'mall' or shopping centres quickly dwindled once high street businesses started shutting their doors, leaving city centres deserted relics of their former self.

Even in the last year, the likes of the Guardian have published sentimental accounts of what once was, and Forbes has warned of imminent retail failures. Going as far back as 2011, retail expert Mary Portas was commissioned by the UK government to write a report on the state of the high street - and her findings were grim, and she put forward 28 recommendations for turning things around.

So why, one must wonder, do massive shopping centres continue to be built in Luxembourg?

"What do we want? Shopping centres! When do we want them? Now!"

The above, at least, seems to be the result of market analyses carried out by the country's retail experts. We already had a big Auchan shopping centre in Kirchberg, a recently expanded Belle Etoile in Strassen, and a snazzy City Concorde in Bertrange, to name but a few of the bigger ones - in addition, of course, to the myriad smaller ones dotted around the country.

And yet, we now have a new Auchan in Cloche d'Or, another shopping centre set to open on the Royal Hamilius site, and plans for a massive new centre in Junglinster. I can't help but wonder whether this drive for enormous shopping centres is really sustainable. At the end of the day, very little sets one shopping centre apart from another — from the shops to the restaurants they house, they all tend to have more in common than not, and that, if we are honest, makes them pretty boring. Practical in the sense that you can get everything you need in one place (with easy parking)? Absolutely. But dreadfully boring.

In a past life I set out to be an academic, even starting a PhD in 'consumer behaviour' (marketing). I quickly grew contemptuous of the corrupt nature of academia and decided to pack it in early with an MPhil, but that's another story. The research I did focused on the concept of 'authenticity', and 'authentic' experiences in retail settings. To make a long and boring story short, there is very little authenticity in shopping centres — and their utilitarian advantages are dwarfed by those offer through online retail, rendering them, in my view, destined to become weird relics of a history that was never on their side.

I will give you a little bit of insight into something we tend to keep to ourselves, though in fairness the clues were there all along for those of you who happened to look at our most read widget. Back in May, the day before the official opening of the new Cloche d'Or shopping centre, we posted an article with a gallery of photos taken during their press opening day (you can see it below).

That's all there was to it, yet it was our most read article that day, and one of the most viewed articles that week. France Clarnival, our colleague from 5Minutes, went to the press day and wrote an article about it which we translated. That too jumped straight to the top of our most read articles.

That, then, might suggest that people actually do care about shopping centres. Perhaps they even like them... But another way to look at it is that we may just be curious about them. Perhaps a small part of us secretly hopes that this centre, this new one that we've seen under construction for months on end, will somehow be different. Maybe it won't have all the same shop. Maybe it will actually spur the feeling of 'community' and be the meeting place as so beautifully depicted in Stranger Things. But that's never really the case, is it?

Moving in the wrong direction?

So the question is — and my own answer to this should be glaringly obvious at this point, but don't let that sway you — is this development sustainable? Does Luxembourg need more of these bloated steel and concrete behemoths of retail? For a country that's focusing so much on leading the future, what with our space mining and talk of focusing on tech, it seems curious to me that so much money is being spent building more of what has already proven outmoded in other places.

But then again, Luxembourg is a unique little place. Perhaps the future of retail here really is more shopping centres, like them or not.