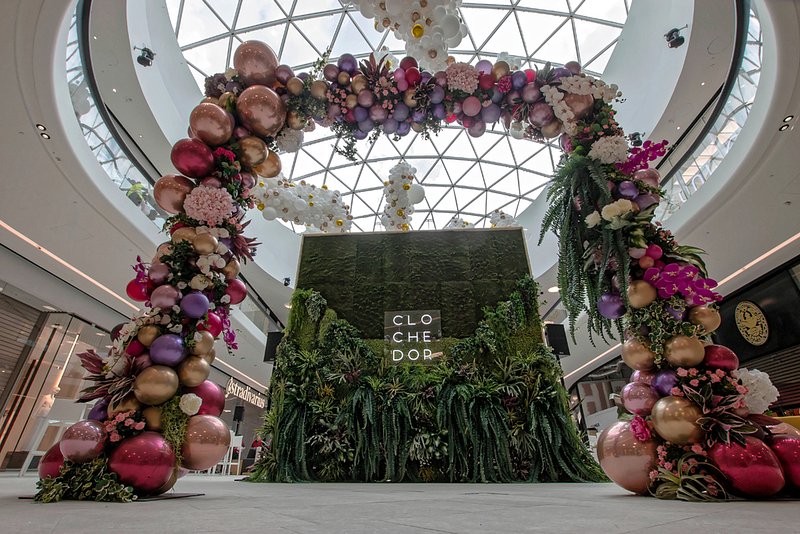 This Tuesday, Luxembourg's largest shopping centre is opening its doors to the public for the very first time.

This vast shopping attraction opens this Tuesday and its promoters hope that it is going to attract some 11 million visitors per year.

The place is spearheaded by Auchan's "lifestore". The term "superstore" is no longer to be used, even if the dimensions of the store suggest that this is precisely what it is. Cyril Dreesen, the CEO of Auchan Luxembourg explained that, with their new store, they were launching a bit of an 'experimental concept' in Luxembourg

Even though it is a very large supermarket, there is the desire to innovate and to test concepts that should be welcomed. Dreeson detailed that it was their intention to disrupt the traditional model of large scale distribution with its long lines of tills. Instead, the shelves are more spacious and lower, there are "experimental" zones where you can test some the products, new till alternatives, a recycling area for packaging, and so-called "welcomers" who will act as a first point of contact to the customers.

Loose, packaging-free products will also be on sale, there will be a brasserie, delivery options, and much more. 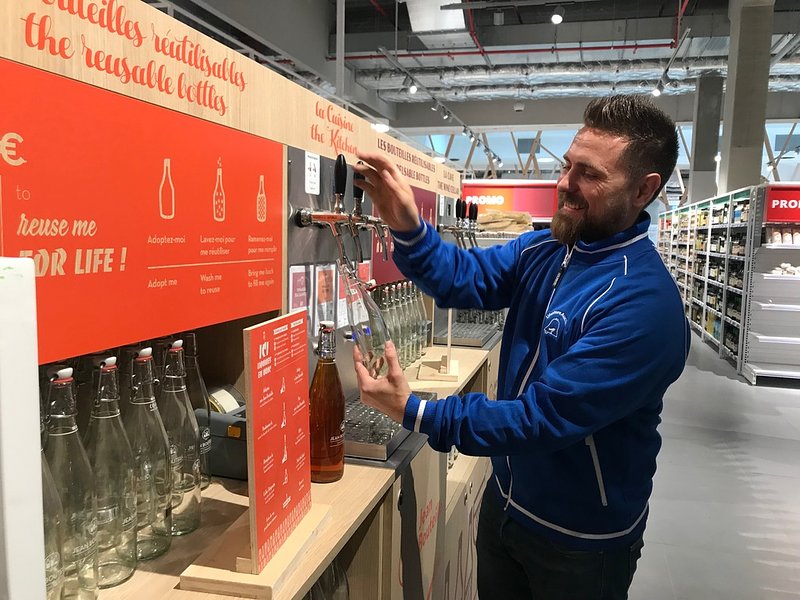 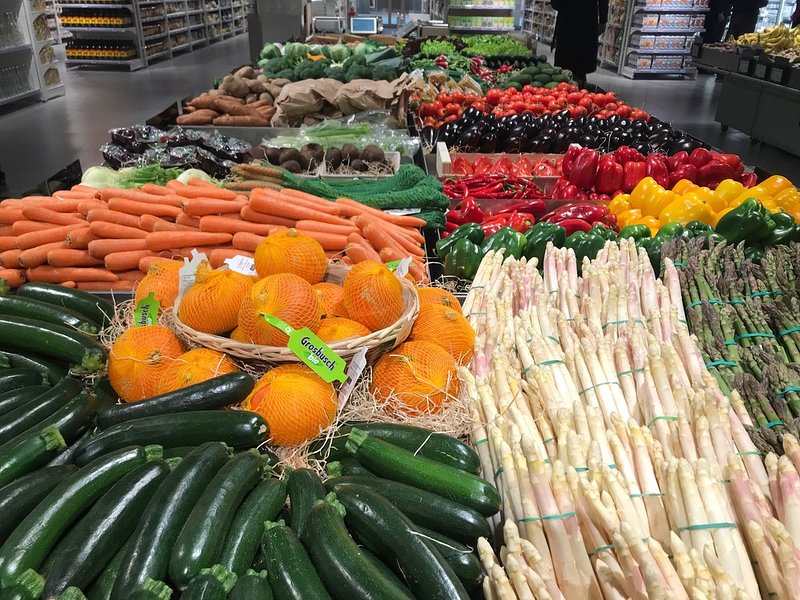 The shop outlets are spread over two floors and include many international names, especially in terms of fashion. Shoppers can delight in brands like Arket, & Other Stories or Weekday, which the H&M group brings to Luxembourg for the first time. The other retail giant, Zara, is of course also there with its fashion store, Massimo Dutti will be present and Zara Home are included, which is a first for Luxembourg.

Not many local businesses have made it into the centre. Those that did are Optique Moitzheim, Linehart and Librairie Ernster, which has opted for a sizeable and open space. Well-known confectioner and patissier Namur will only open in mid-June, but promises a more modern product offer. Victorine opens its third store and the same goes for Rawdish. 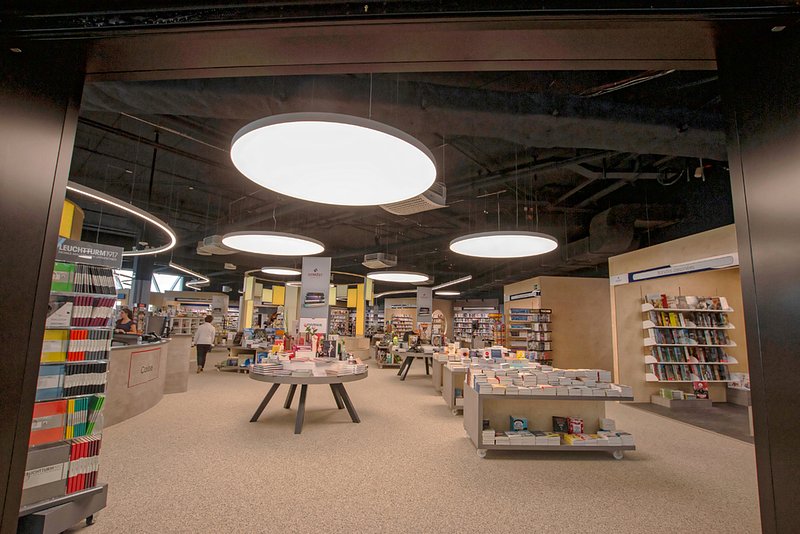 The restaurant offer is still limited for now, as many of them aren't ready for the grand opening. Once the preparations are complete though, a food hall will boast some twenty eateries, ranging from burgers (Big Fernand) to tapas (Bellota Bellota). There will be a steak house (Beef House), Mexican food, sushi, cafés and more.

As of right now, they cannot be tested yet, but the variety of options should entice a good number of customers.

The design of the shopping centre is rather spectacular and makes the most of natural light.

Tatiana Fabeck (who worked with Patrick Wirtz) talks of a "gate to the city centre" and has made sure to link the shopping mall to the supermarket, as well as to he outdoors. 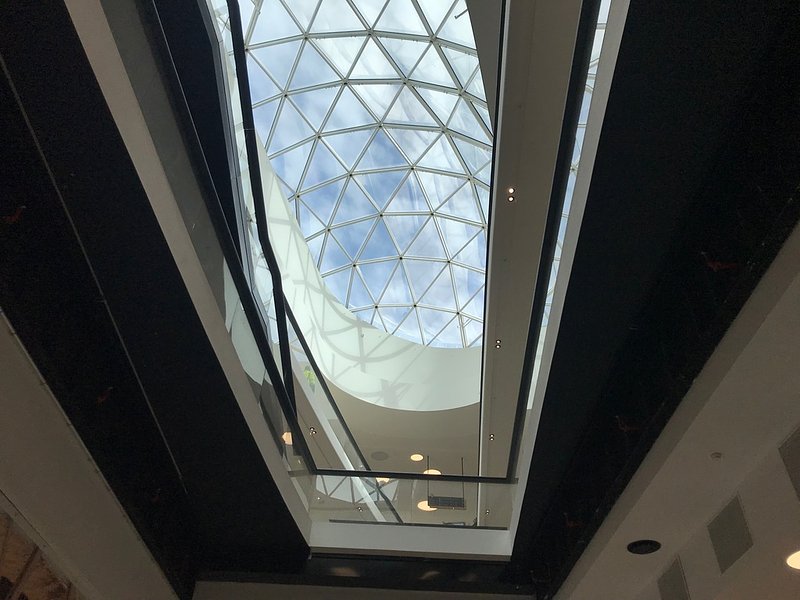 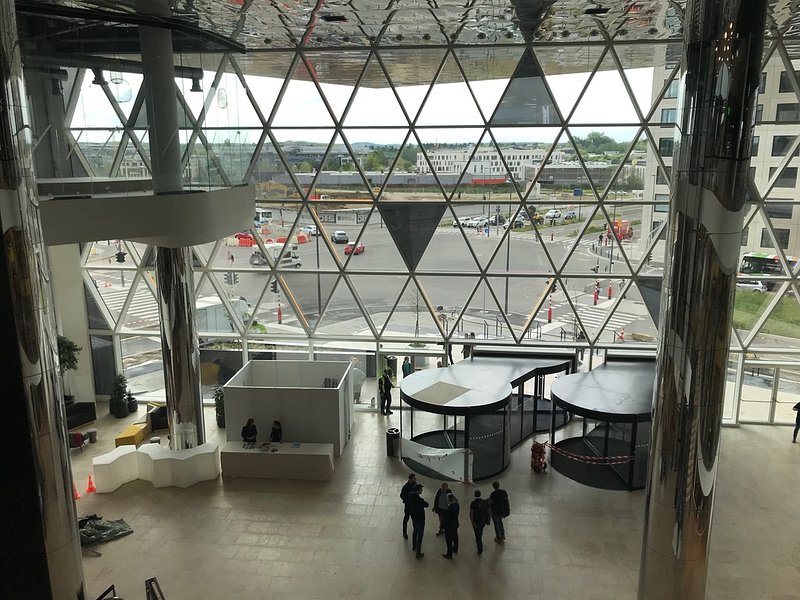