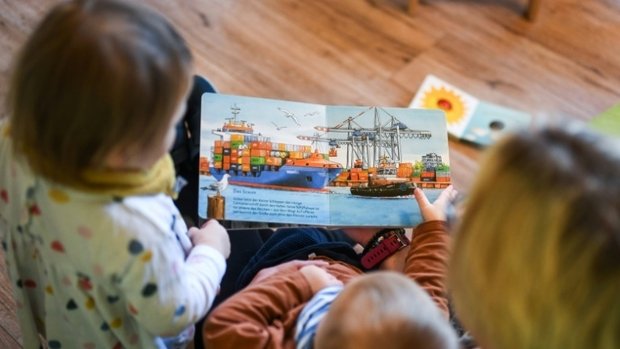 A recent study shows that Luxembourg has one of the longest leave periods for fathers in the world, only topped by Japan and South Korea.

According to a survey conducted by the US career advising agency Lensa, Luxembourg ranks third in the world in terms of longest leave periods for fathers with 7 months on average. Only Japan and South Korea score higher with 52 and 54 weeks, so up to a year or more, respectively.

What sets Japan apart is the fact that fathers can be paid a full salary for up to eight months. In Luxembourg, this only applies to little over five months. According to the survey, Norway, Iceland, and Portugal are placed directly below the Grand Duchy.

In Portugal, fathers have a right to five and a half months of leave. However, they are on average only paid a full salary during three months, the remainder of the time sees them earn 56% of their wages.

In comparison, fathers in Luxembourg receive 76% of their wages during the additional leave period. In conversation with our colleagues from RTL, Minister for Family Affairs and Integration Corinne Cahen expressed satisfaction over the acceptance of the offer here in Luxembourg.

The Lensa study also evaluated the leave period of mothers. In this category, Romania topped the list with two years and three months, out of which two years are paid in full. The remaining time sees mothers earn 85% of their wages on average. Estonia placed second with one year and nine months, during which the full salary is paid.

The worst-placed countries in terms of parental leave, according to the survey, are Ireland, Switzerland, and Australia, which all offer less than two and a half months of leave.