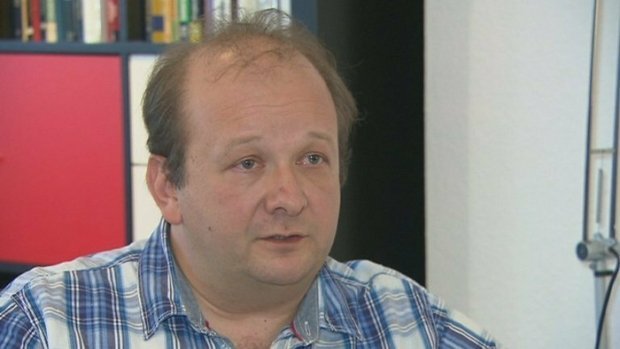 The Court of Appeal in Nancy gave the green light on Wednesday for the extradition of Frank Schneider to the United States. The former member of Luxembourg's intelligence services is suspected of being involved in a vast cryptocurrency fraud called 'OneCoin'.

The extradition has been "granted", Schneider's lawyer Emmanuel Marsigny told AFP, before adding that they will appeal the decision. Public prosecutor Jean-Jacques Bosc also confirmed that the investigating chamber "gave a favourable opinion on the extradition".

Bosc nevertheless warned that even if all options for appeal were exhausted, "the possible extradition of Frank Schneider should still take some time".

In the event that the appeal announced by Schneider's counsel is rejected, "it will be up to the government to issue an extradition decree", which may also be challenged "before the Council of State", Bosc said.

Franck Schneider, a 51-year-old Luxembourger, was arrested in France on 29 April by the Research and Intervention Brigade (BRI) while driving two kilometres from the Luxembourgish border.

The extradition request from the US judicial authorities was sent to the French authorities on 4 February 2021. At the beginning of June, two American FBI agents travelled to Nancy to thank the French investigators.

The former head of operations of the Luxembourg State Intelligence Service (SREL) was however released on 19 November under house arrest with an electronic bracelet, pending the decision of the investigating chamber.

Married with three children, Schneider has lived in the French Lorraine region since 2008. The ex-spy is wanted by the US judicial authorities in a case of cryptocurrency fraud known as 'OneCoin'. The scheme swindled its users out of several billion dollars between 2014 and 2019.

Considered in December 2019 by the British newspaper 'The Times' as "one of the biggest scams in history", the system was essentially a pyramid scheme.

The former Luxembourgish spy, who also worked for the US embassy in Luxembourg, has been indicted in the United States for "conspiracy to commit wire fraud" and "a money laundering offence", Marsigny said in November.

According to the lawyer, he had "discovered" during his arrest that he had been indicted on 24 September 2020 "by the New York prosecutor's office" in this case.

"He is falsely presented by the US Attorney as being on the run," the lawyer said.

According to Marsigny, his client was on the contrary "in negotiations" and even had "an appointment with the US Attorney in April 2020", an appointment "cancelled" by the magistrate himself because of the Covid-19 epidemic.

Marsigny had denounced a "manoeuvre" to "force" his client "to give information that he does not have but that the (US) prosecutor is convinced he has".

In 2020, Schneider was acquitted by the Luxembourgish authorities in a vast phone-tapping scandal that ultimately cost Jean-Claude Juncker his post as Prime Minister in 2013.