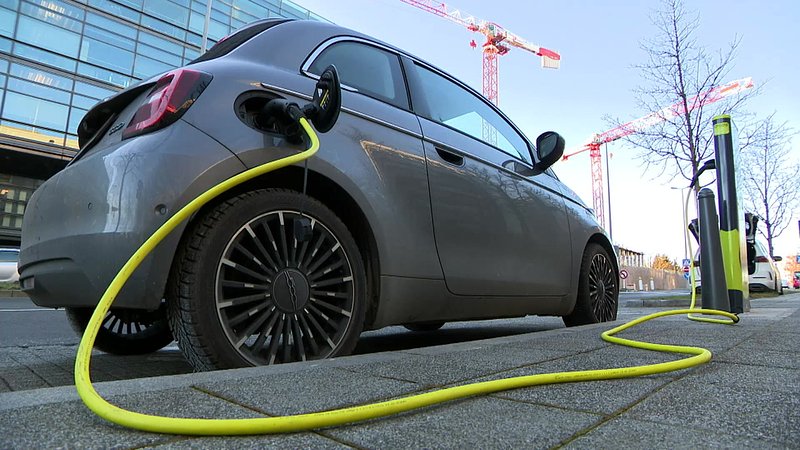 Energy prices have recently experienced a rollercoaster-like evolution across the world.

And Luxembourg is certainly no exception: About €1.50 for a litre of petrol, and that just before Christmas.

According to Eurostat, a family (with one child) spends about 3% of their budget on petrol in Luxembourg. Compared to other European countries, however, the Grand Duchy appears to get off easy: In Germany, the same rate is 5%, in Portugal 10%, and in Bulgaria even 17%.

While fuel prices have dominated discussions over the past months, it should be pointed out that recharging electric cars will also get more expensive in the future.

According to Pete Hoffmann from electricity trader 'Electris', a new call for tender for the competition between suppliers will be issued in 2022. For Hoffmann, it is "clear" that the overall high energy prices will then also have repercussions on electric mobility. The higher purchase price for electricity has to be recovered at the charging points used by the public, Hoffmann explains.

This situation is also difficult for many electricity traders, who tend to buy their electricity in two to three yearly cycles. The price for the customer will then be stretched over a longer period. Frank Bremen, also from 'Electris', explains that there are several reasons for price increases.

Electricity comes from numerous sources, including nuclear power, coal, and gas among others, Bremen states. Prices are set according to production capacity. However, if traders know that, for instance, Germany will abandon nuclear power in the upcoming year and intends to abandon coal energy sooner, they know that important supply bases will be missing.

While they are supposed to be replaced by renewable energy sources, the necessary infrastructure has not been completed yet. Gas power plants are also supposed to compensate, but Bremen argues that in light of recent tensions with Russia and the controversial NordStream2 project, these capacities again risk to disappear from the market.

CO2 speculations at the stock exchange are also leading to higher prices for electricity.

Up until now, the price was 20 cents per kilowatt hour (kWh). From 1 January 2022, the price will increase to 35 cents, or nearly 50 cents respectively – this depends on the charging station used ('Chargy' or 'SuperChargy'). For comparison, the average price in Germany is around 70 cents. Despite the increase, people are still better off using electricity compared to petrol, Bremen argues.

The price at a charging station has so far been composed of 30% electricity price and 70% infrastructure costs. Currently, this relation is more in the realm of 45 to 55%.

Hoffmann explains that while the market is currently experiencing "an extreme peak", the curve flattens over time because traders are purchasing over a three-year period. This in turn means that "only a very small part" of the current increase is actually transferred to the customers. As there is currently no reason to expect prices to decrease any time soon, the main hope at the moment is that prices at least stop increasing, Hoffmann says.

Watch the full report by RTL Télé (in Luxembourgish):