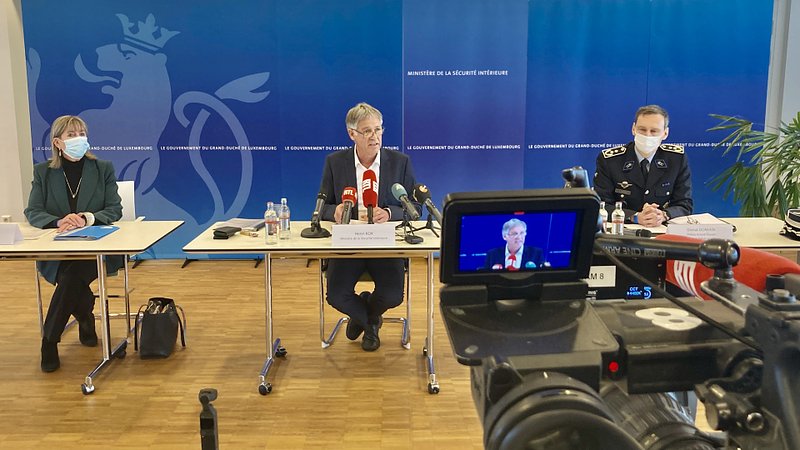 Minister for Internal Security Henri Kox has announced that a protest zone will be set up in Luxembourg City for planned demonstrations against the government's coronavirus restrictions this weekend.

The protest zone will stretch from the Glacis across the Grand Duchess Charlotte Bridge to the Place de l'Europe. This will allow for sufficient space for the three different protests already being planned.

Kox labelled the creation of the protest zone an exceptional measure, but necessary in order to stop violence from breaking out, to protect institutions and to prevent public figures from becoming a target for demonstrators.

Other planned demonstrations in Luxembourg City have been cancelled out of security fears.

The police will be allowed to intervene if the situation escalates, with identity checks being one potential measures. Deputy police chief Donven said the police are better prepared for any potential issues which may take place.

He added that the police remain politically neutral in such instances, but they must ensure such demonstrations remain legal and safe.

Kox said that it's important to find the right balance between freedom of demonstration and protecting people.

There will always be a right to protest, the minister underlined, but to personally attack others is unacceptable.

Those willing to resort to violence are often isolated groups only seeking to cause harm, he added.

Read also: Bettel vows to crack down on violent protests